Pokemon is one of the most iterative series out there. Every generation, lots of little gameplay, graphical and quality-of-life tweaks are made to the games, alongside the plethora of new monsters. Sun and Moon is no different in that regard, but this time around some pretty major changes have shaken things up, mostly for the better. Here are the top five things in Sun and Moon that made us think, "I can't believe it took seven generations for them to do that!"

1: Type-effectiveness is now shown in the battle menu

Pokemon is the world's most complex game of rock-paper-scissors, with Pokemon of certain types being strong to, and weak against, other types. Some are pretty obvious, like the whole water beats fire, fire beats grass, grass beats water theme of the starters, but when you start getting things like bug, dragon, and dark, it gets a bit more complicated. Take a look at this: 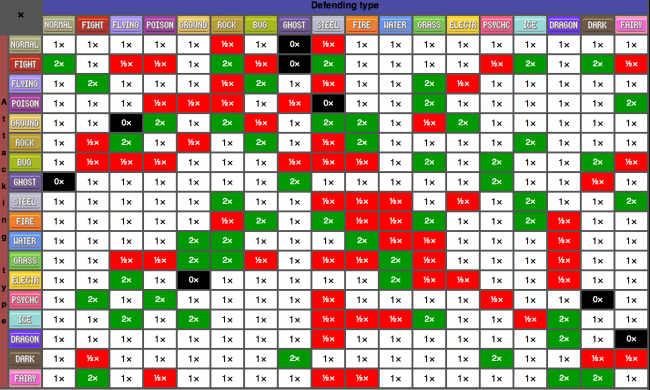 Yowza! In previous generations, you had to either memorize this whole damn chart, or keep a copy of it in your 3DS case in order to be effective. In Sun and Moon, after you have battled with a Pokemon at least once, the game will tell you exactly which moves are effective, super effective, and not very effective, right there in the battle menu. It's an absolute godsend to not have to refer to a spreadsheet every time you want to make an attack.