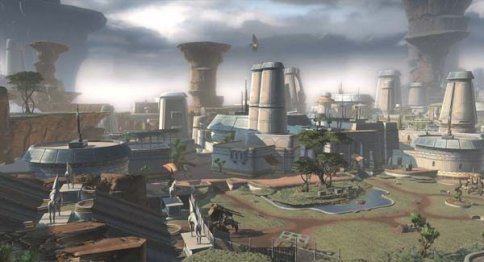 Unfortunately, that gesture is too little, too late for a player base that's rapidly losing its patience. And that loss of patience is understandable when you consider that in the real world, waiting for recognition and settling for poor stopgap measures is practically a way of life for the LGBT community.

First there's the waiting. The LGBT organizations, and those of us that support them, have been waiting twenty years for politicians to find a convenient time to uphold their rights as human beings. And here's a secret: It's never a convenient time.

On top of all the stalling, downplaying, and postponements, what progress the LGBT community has made is littered with disappointments and ill-designed temporary fixes. When LGBT activists pushed for gays to serve openly in the military, Clinton instead gave them "Don't Ask, Don't Tell," a poor compromise that forced gay service members to stay closeted or risk being fired. Then Clinton, in fear of losing reelection, signed the Defense of Marriage Act, which is still the largest impediment to marriage equality. At the state level, legislators championed civil unions over the more risky marriage equality - a compromise that gave some, or in some cases all, of the benefits of marriage to same-sex couples while avoiding calling it "marriage." This measure would've been adequate if marriage equality was just about tax breaks and hospital visits, but it's not - it's about treating people equally before the law. While they indicated progress, civil unions inherently hold members of the LGBT community apart from the rest of the populace by creating a separate, and therefore unequal, category for them. It's a baby-step victory, but it's also a bitter pill. Another consequence of fighting for equality in state legislatures is that it carves the country up into safe zones for gay Americans, sometimes often literally. Only 21 states and the District of Columbia ban employment discrimination on the basis of sexual orientation or identity, and the same number ban housing discrimination. Only 31 states have statutes dealing with hate crimes against LGBT individuals. Marriages between same-sex couples that are honored in one state won't be recognized across the border.

I point out these issues not to get up on a soapbox about the state of LGBT rights in America (and certainly not to speak for a community I'm not a part of), but to point out why LGBT persons may be hypersensitive to the dynamics at play in the current SWTOR controversy. The Makeb controversy serves as a microcosm of the emotionally-charged situation of LGBT politics. Much like the politicians of the last twenty years, BioWare promised the LGBT members of its community a chance at recognition, then shifted the issue to the back burner and focused on other priorities. In all likelihood BioWare is sincere in its wish to see SGRs implemented game-wide, despite the vocal opposition against doing so - just as Democrats sincerely want to move LGBT rights forward - but in both cases more pressing matters have made them kick the can down the road while putting forth imperfect, some would say insulting, temporary measures. After such a long period of inattention, half-measures just won't do. Putting a pot on the back-burner is fine, but it's only a matter of time before that pot will boil over.

In his "Letter from Birmingham Jail," Dr. Martin Luther King wrote the following words: "Shallow understanding from people of good will is more frustrating than absolute misunderstanding from people of ill will. Lukewarm acceptance is much more bewildering than outright rejection." It's a message that's applicable to America's current situation with LGBT rights, and in an abstract sense, describes how - according to my observations at least - LGBT players feel about BioWare's response.

Players aren't angry at BioWare so much as they're frustrated and bewildered. From my view, that frustration doesn't just stem from the wait, and the poorly thought-out stopgap, and the unfulfilled promises - deep down, I think the aggravation comes from re-fighting the same battles in digital space that they're already fighting in the real world. It's a disappointment that the old struggles, and prejudices, and minimization of their needs will even follow them to a galaxy far, far away.