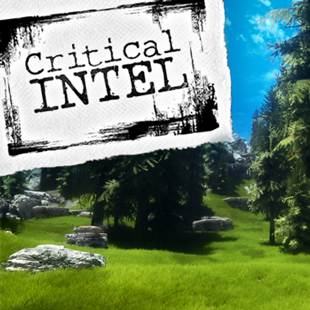 Originally, my column this week was going to discuss how BioShock Infinite uses history to reflect the modern age - but honestly, it can wait. No one wants to read about anarchist bombings this week, or racism for that matter. Even if they do, I don't particularly feel like writing those articles. Even with Monday's tragedy aside, it's been a bad spell for game journalists and the people that read our work. Studios and outlets are closing by the day. Writers bitterly argue about who has the right interpretation of a specific game and who is or isn't doing their duty as a journalist. A lot of people are out of work. Many worry that we're coming up on an industry crash. Negativity is everywhere.

Since I started this column, my aim has always been to give people information they want to know. And I think this is what everyone wants to know right now: It's going to be okay.

Yeah, I know that's tough to swallow. When everything's going haywire it's sometimes hard to hear someone say everything will be all right, that you'll live through it, that your world isn't over, it's just changing.

We as gamers, as journalists, as developers and publishers, we will be all right. That doesn't mean bad things will not happen, it doesn't mean we and our friends will be immune to layoffs or that favorite studios will not close. It doesn't mean we'll always be right and no one will disagree with us, it means that gamers, the industry, and our medium will survive. This is not videogame Judgment Day. Yes, we may see the end of consoles. It's entirely possible - but not inevitable - that in ten years Xbox, PlayStation, and even Nintendo may not exist in a form we'd traditionally recognize. No one can guarantee anything in this market, but I will promise you this: even if that happens, games will still exist, and I think they'll be better than ever. Why? Because that's what happens.

Recently, my Dad emailed me some old photos of downtown Honolulu. Each scratchy, black and white picture showed a building that was demolished before I was born, along with a caption stating what structure replaced it. To my Dad, this was an exercise in nostalgia - when he looked at these photos, he saw the dealership where he bought his first car or a restaurant where he waited tables. I saw something different. To me, these photos showed what needed to be destroyed to make way for my own memories: the concert hall where I went on my first date, the neighborhood I grew up in, the game store where I practically lived during college. None of them would've been built if not for the swing of a wrecking ball.

We've made wonderful memories with the games, franchises and systems we have, but when they're gone, it's important to remember that there will be new systems to replace them. Maybe it will be the Xbox 720 or the Oculus Rift, or maybe it will be something that hasn't come along yet. Honestly, it doesn't matter. Our medium is more than its hardware and software - it is the people that matter, from those that make the games to those that play them, and those of us who write about them. Games run on human imagination and the urge to explore digital worlds, and both these forces are alive and well. Yes, it's scary to not know what companies and franchises will survive the next five years. Not knowing where we're headed is frightening, but it's comforting to remember that the industry has survived contractions and recessions before. When the North American market crashed in 1984, investors lost billions and American companies closed shop left and right, but it also paved the way for Japanese systems to enter the market. We lost Atari but gained the Nintendo Entertainment System, Genesis and PlayStation, the same as how Hollywood's crash in the 1960s, led to Bonnie and Clyde, Taxi Driver and The Godfather. Instead of thinking of our current state as a prelude to darkness, we can see it for what it actually is: a transition to something new and exciting.

MovieBob - Intermission: And Rohan Will Answer: Film Comes to the Defense of Games MovieBob 292 Comments
Comments on