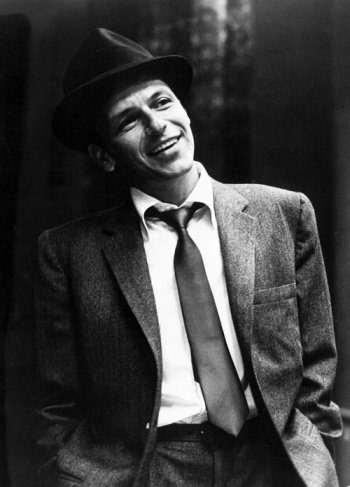 Trying to wear a hat is a phase many young men go through, but it's understandable when you consider that other men's accessories like cufflinks, tie clips, school rings or watches are about as formal and outmoded as the fedora. While certain subcultures continue using these items, in most high schools, colleges and workplaces these would be seen as preppy or even useless. Watches may look impressive, but smartphones have been our primary timekeepers for over a decade. The tech industry, highly influential in the geek community, is particularly hostile to anything that appears formal. This has created a confusion about what wear is appropriate at what time, and left young men grasping at straws when they try and create a "look" for themselves. In other words, the black fedora has come to symbolize men who're insecure about how they look but want to stand out from the crowd.

It's sad, really. American men's fashion is a wasteland at the moment, partially because most men are afraid to venture too far from established norms. Go to South America and you'll see men wearing bright colors without thought that it'd impinge their sexuality. Hit a club in Hong Kong and you'll see more than a few sporting a Mandarin collar shirt or suit jacket. India retained its historical love for lush patterns. America, though, is still tied to conservative cuts and monochrome blacks and blues. Given that, I can't blame anyone for trying to jazz up a dull wardrobe with a flashy hat - and frankly, I get a little weary of seeing fedora-wearers get made fun of for doing that.

However, on the other hand, that doesn't mean there isn't an epic misuse of the fedora going on, mostly by people who - as I've said before - might be young or not fashion-conscious enough to know the difference. The fedora's a great hat, but it isn't for everyone and it needs to be integrated with someone's outfit.

A fedora, for instance, is a dress hat. Yes, I know that there are all sorts of fashion mashups these days - especially in the game industry - where people wear blazers over Mario tees, but this is different. Fedoras were designed as a suit accessory, and they look out of place when worn with a rumpled t-shirt. It's like tucking a pocket square into a polo shirt, or wearing wingtips with shorts. You can't really dress down a fedora, and unless you're prepared to wear a suit with it it's going to look out of place. And that's another problem - unless worn very well, the fedora is such a throwback that it looks like a costume piece. Unless you're a Hasidic Jew, they're no longer considered daily wear. James Bond hasn't worn them since Roger Moore, and if men's fashion has one law, it's this: when Bond stops wearing something, it's no longer in style.

There are logistical issues as well. Hats may make sense outdoors, but inside remove they're a nuisance - always hogging space on restaurant tables or perching on your lap. Hats going out of style meant the infrastructure that supported them, like racks and cloakrooms, disappeared too. This leaves modern hat-wearers with the option of either breaking etiquette by wearing a hat indoors or standing around, holding it in the hand or under the arm. Neither option is attractive nor practical.

Stolen Pixels: A Hat for Every Head Shamus Young 86 Comments

Feed Dump: Drown in Your Lies Graham_LRR 34 Comments
Comments on