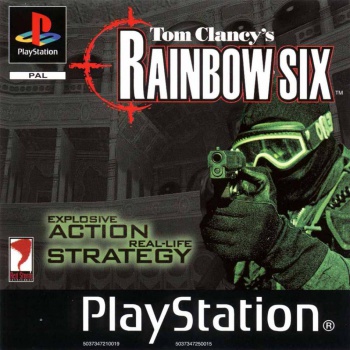 With Clancy as chairman of the board, Littlejohns as CEO and an investment from VIRTUS Corporation that had developed SSN, they formed Red Storm Entertainment.

Littlejohns structured Red Storm like a Royal Navy submarine, dividing employees into teams so they could develop multiple games at once. He cultivated an informal atmosphere and hosted weekly beer sessions where employees could ask upper management questions. Employees, he emphasized, were specialists that should be trusted to do their jobs without interference. His leadership style was decisive and emphasized multiple backup plans. With Littlejohns as the man on the ground and Clancy calling the shots as chairman of the board, Red Storm saw its first major success.

Red Storm struggled to find its feet for the first few years, as most studios do. Early efforts were strategy games based on the Power Plays novels, including the Risk-like Politika and the corporate espionage-themed ruthless.com. The studio also branched out beyond Clancy, since Littlejohns wanted the company to diversify its IP. But when the company eventually hit it big, it was with a Clancy title: Rainbow Six hit store shelves in 1998, redefining the FPS genre forever.

Rainbow Six was brashly innovative. While most games dropped the player in shooting, in R6 the player won every mission in the planning stage, figuring out how to best execute an attack in order to succeed and minimize casualties (not only did it feature permadeath, but the player could be killed in one hit). Flashbangs and door-breaching charges played major roles and the team pulled from Clancy's novel research during development. The game had enough verisimilitude that the sequel, Rogue Spear got an expansion pack designed as a training simulator for SWAT teams and counter-terrorism units. That level of realism was unusual for games at the time - and would become a hallmark of the military FPS going forward.

According to Richard Dansky, who's spent over a decade as a game writer for Red Storm, Clancy's technical writing style shaped how the team approached approaches games set in his universe. "Having that level of attention to detail - not only in the gear, but also in the character models, the language, the tactics, etc. - goes a long way toward making a game feel real, and thus believable. Even something as simple as saying "SR-25" as opposed to "sniper rifle" gives a game asset specificity and weight. It reinforces the player fantasy that they're accessing the deep knowledge of that world." That specificity became the Tom Clancy game signature, and propelled Red Storm headfirst into a genre that barely existed: the military shooter.