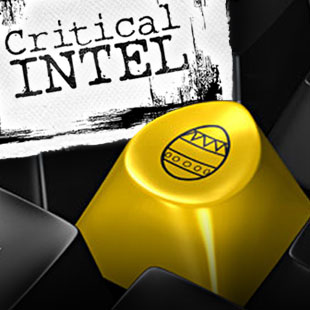 Easter Eggs: they make you feel like a child again. Hunting through the grass, climbing under tables, peering around corners where dust gathers and people don't usually go.

That's where you find them: A man buried head-deep in the sand. A hidden unicorn gun that poops rainbows. Disused ladders leading you to the giant, beating heart inside the Statue of Happiness.

Easter Eggs are a part of gaming culture. While they're often out of place in the games they inhabit - many run against the tone of the world - they exist at the meeting point between designer and player, serving as both knowing wink and a reward for looking deeper. But Easter Eggs are not unique to games, and their lineage dates back hundreds of years.

The first videogame Easter Egg appeared in Adventure for the Atari 2600 and started, interestingly, with a frustrated game designer. Warren Robinett had signed on as a programmer at Atari in November 1977, and by the next year he was - on his own and against orders - exploring the possibility of adapting the classic text adventure game into a graphic format. It was one of the first games where a player could explore a multi-screen world, and the first game with movable objects the player could pick up and take from place to place. The game would go on to sell a million copies and serve as a landmark in game development, but Robinett would get zero credit through official channels. Formal credits weren't common at the time, and Atari policy didn't allow programmers to put their name anywhere in the game or on its packaging. As you can imagine, this was a sore spot with both Robinett and other developers, some of whom left to found rival company Activision (which, incidentally, included the programmer's name and picture in game manuals).

Robinett's solution was the Grey Dot. The Dot was an in-game item one pixel in size that players could find in the catacombs. It was almost impossible to notice, since the player could only see a limited distance in that room, and the Dot was the same color as the background. But if the player managed to acquire it, they could access a secret room that bore the words: "Created by Warren Robinett." 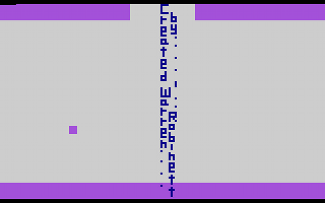 The secret took a whopping five percent of the game's memory (Atari games only had 4k of ROM then), but went undetected until a fan stumbled upon it and wrote the company. By then, Adventure had sold enough copies that it would've cost $10,000 to fix the code - and, besides, the design team liked it. One programmer tasked with removing the message joked that instead of wiping it out, he'd alter it to say: "Fixed by Brad Stewart." Software managers at Atari suggested that it be left in and termed an "Easter egg," likening the secret to an old-time egg hunt. Far from removing it, they said, they wanted to do it again.

Though Robinett's Easter egg was the first to bear the name, he was hardly the first craftsman to hide a reference in a work of art. Renaissance masters, for instance, hid coded images in famous works - though the most familiar examples tend to be speculative and unverifiable: That Michelangelo painted a cherub flipping off the Pope on the Sistine Chapel Ceiling. Or in other cases total nonsense: Everything you've ever heard about da Vinci's The Last Supper. There are genuine examples. Michelangelo probably did, in fact, hide an Easter Egg on the Sistine Chapel Ceiling: When he painted God separating the light from the darkness, Michelangelo seems to have painted himself as the deity, in the same pose he used to paint the ceiling - neck craned and right arm reaching up above his head. A poem Michelangelo wrote, along with a sketch, seems to support this theory. He wasn't the only one, either. Flemish master Jan van Eyck's Arnolfini Portrait included two tiny figures reflected in a distant mirror. Rafael got in on it too: the philosophers in his The School of Athens are thought to be modeled on his contemporaries like Michelangelo and architect Bramante. Perhaps most impressively, the German artist Hans Holbein the Younger placed the image of a skull in his portrait The Ambassadors - but the viewer can only see it when looking at the painting at an extreme angle.

But hiding images in art wasn't an invention of Renaissance artists either. Medieval manuscripts are full of what's known academically as marginalia, or illustrations and messages that monks or scribes drew in the borders of illuminated manuscripts. Sometimes marginalia are scrawled complaints about the scribe's conditions. "I am very cold," reads one. At times they're even profane: "Now I've written the whole thing: for Christ's sake give me a drink." But most often, marginalia tended to be illustrations, often lewd ones, like pictures of penis trees with women picking the phalluses like fruit, or monkeys defecating or sticking things up each others' rectums. One picture - showing a man playing a trumpet with his anus - inspired Terry Gilliam's famous animation in Monty Python and the Holy Grail.