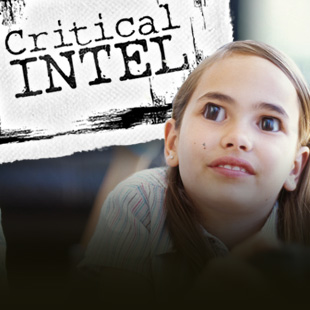 Not long ago videogames were, by and large, the realm of children. And like anything kids absorb into their unique culture, they spawned more than one playground rumor. While there were always stories about secret characters, minus worlds, or Easter eggs, there were darker whispers too, mostly originating from adults. Myths our parents passed on to us. Lies they fabricated to make us behave. Offhand comments that ignited playground hysterias over what games were doing to us - or what adults might do to our games. A child's world straddles the line between reality and imagination, and that shadowy borderland mundane events can take on a cartoonish or apocalyptic quality.

I've chosen three events from my own past that demonstrate this. Some stem from adults misinterpreting things they'd heard about games. Others are old wives' tales. Some are a mixture of both.

All of them, in their time, struck fear in the hearts of elementary schoolers.

"Hey guys," said my friend Brian, one day in first grade. "You need to stop playing so many videogames."

I froze on the spot. Could that happen? It sounded ridiculous. There was no way it was medically possible. Utterly absurd.

My friends and I scoffed at Brian, giving every reason we could think of:

How come we hadn't heard that on the news?

Why wasn't our doctor warning us about it?

And what about Andrew? Andrew's eyes weren't square, and that kid played tons of games.

But Brian insisted. His mom had said it. And to a young kid, moms basically have God on speed dial. Could it be true?

To a child, there's this uncomfortable cognitive space where you're sure an adult is lying to you, but not totally sure. You know that it's impossible to make an ugly face and have it stick like that, but there's always doubt. A little voice that says but maybe...

Maybe if you strain a muscle your face does stick.

Deep in your marrow you know that adults lie, but you haven't seen enough of the world to call them on it.

So rather than tell Brian he was full of it, we started arguing over what square eyes would look like. One friend claimed they'd be like a pair of dice, uncomfortable cubes rattling around in your sockets. As for myself, I imagined an iris and pupil squared off like Tetris blocks. A human eye turned pixel, blazing with the rich colors of Green Hill Zone.

It was laughable. Ridiculous. A bizarre old wives' tale.

After a long bought of Sonic that weekend, I went to the bathroom, peeled back my eyelids and took a close look in the mirror.