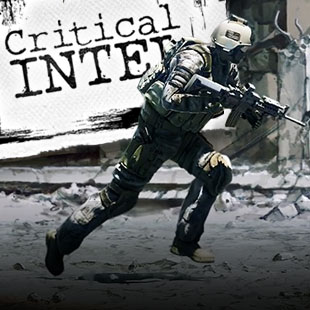 War games deal with soldiers. If civilians appear at all, they're obstacles - a modern version of the "lose a life" targets in arcade light gun games. They're the bombs in Point Blank. The does in Big Buck Hunter. They're not characters in the story, but barriers to the player's progress.

11 Bit Studios hopes to change that with This War of Mine, a game put the player in charge of civilians trying to survive the meat grinder of urban warfare. But the game aims to do more than tell a new war story - by shifting perspective away from the combatants, it hopes to change how we see war itself. In This War of Mine, war isn't a contest to be won or lost, it's a force people must endure.

This War of Mine began when 11 Bit CEO Grzegorz Miechowski read a blog post called "One Year In Hell." The post - which circulated widely on survivalist blogs and forums - was a cleaned-up and collated version of a Q&A with a Bosnian man named "Selco," who claimed that he'd survived for a full year in a besieged city during the war. Selco told his ordeal in stark detail, describing how he defended his family, traded goods under the threat of sniper fire and hacked down doors for firewood. The post, while factually unverified, provides a window into human psychology during a societal breakdown. When Miechowski brought the post into an 11 Bit's creative meeting, This War of Mine was born.

"It was incredibly thrilling and moving experience, to know what this man had been through," says Pawel Miechowski, the game's senior writer. "We were ignited instantly. Let's make a game about it!"

The game, the team decided, would be a serious, mature experience. It was a fresh endeavor for the studio, whose most high-profile release at that point was the award-winning tower offense game Anomaly: Warzone Earth. And the team knew changing gears from strategy games to drama would take research.

The 11 Bit team dove into the topic, collecting as much information as they could from video interviews, archives and books on civilians in wartime. Being a Polish studio, they collected stories from family and friends who'd lived through Poland's harrowing World War II experience and the nearby Yugoslav Wars of the 1990s.

"One of our guy's grandfather survived a siege of Leningrad during the Second World War," says Miechowski, adding that another member of the team has a friend who survived the Bosnian War. "We all remember plenty of stories from elder family members who survived German and Russian invasion not so long ago, so there is a lot of personal input from the team as well."

Their pool of experience has only grown larger. After the game's announcement, people started coming out of the woodwork to tell their stories. Survivors from Iraq, Lebanon and Sarajevo contacted 11 Bit to talk about their experiences. John Keyser, a Naval Corpsman (medic) who served with the Marines during the Second Battle of Fallujah, gave his input and helps them spread word about the game.

In all those experiences, they extracted a common thread: civilians that live through conflict aren't in an ideological struggle or tactical contest. Civilians fight during war, but instead of fighting for objectives or a cause, they fight to continue living.

"When war surrounds you," says Miechowski, "you have just one need, one goal and this is saving your life." This is the guiding principle the team used to fashion This War of Mine: War isn't something to be won, but outlasted. It's a game where the most deadly opponents aren't always the snipers and armed gangs that roam the city, but hunger, disease and the cold. War, like a storm, is a force in and of itself.

Every time the player starts a new game, This War of Mine randomly generates how long the war will last - it could be weeks, months, or even a year, and the player won't know until the shooting stops. Given the uncertain timeframe, survival is about meeting basic needs day to day. Players will collect and allocate supplies, deciding whether to trade goods or use them themselves. The randomness can make asset management tricky and make for hard decisions. If you've used all your wood to build a moonshine still, and then winter strikes, you'll start weighing whether to cannibalize it for firewood. It's a choice between a tradable commodity and a basic need - money or heat?