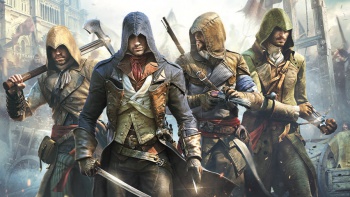 The execution of Corday and the larger fall of the Girdonists not only led directly to the Terror, but also spelled an end for the revolution's feminist movement. Many feminists had connections to moderate factions, while others had their loyalty called into doubt based on their writing or extremism. On October 30th - after several brawls between the Revolutionary Republican Women and market women - the Jacobins dissolved the Society and banned all women's organizations, stating that women belonged in the home. Olympe de Gouges, who distrusted Robespierre and was an early critic of his rising extremism, was imprisoned for three months, denied a lawyer, and guillotined on 2nd November. Six days later Madame Roland met the same fate as part of the Girdonist purge. Théroigne de Méricourt had left politics several months before when a mob of Jacobin-allied women stripped her naked and beat her during a speech, an event so traumatizing that she was declared insane and institutionalized. After a bread riot in 1795, the Jacobin-controlled National Convention decided to legally enforce women's status, making any public gathering of five or more women illegal and reserving the right to disband it by force. The purges broke the feminist movement's back, relegating women to the second-class "passive" citizens they'd been before the revolution rather than the political actors they were evolving into.

So we see that women played a significant public role in the French Revolution - indeed, much more than at any other time period Assassin's Creed has represented. And to be honest, I feel fairly certain that this will come across in the game's single-player campaign. After all, Ubisoft has a pretty good record at depicting diversity in historical periods, and this is a historical event where you simply can't avoid it. In fact, I know for a fact that there are team members at Ubisoft who're passionate about diversity and getting the time period right - Assassin's Creed III originally contained a scalping mechanic, but Ubisoft cut it on the advice of their Mowhawk cultural advisor. I deeply believe that for every statement by a developer about women being "too expensive" to animate, there are ten animators and writers quietly pushing to make it happen.

But that's what makes this decision about leaving female avatars out of co-op so frustrating. Sure, one can say it was a financial decision, but in a conversation I had with James Portnow recently, he suggested that it would probably cost less money than Ubisoft spent on their E3 booth. Besides, we've had playable characters of both genders in every Assassin's Creed title since Brotherhood. So really it comes down to this: It's an issue of planning. Somewhere along the line - probably early in development - someone sitting in on a focus group decided that this was not a priority and they should build the co-op avatars on a single foundation.

And they were wrong. 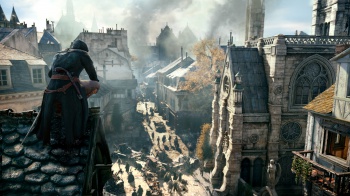 It was wrong because presenting a French Revolution with women as NPCs rather than PCs reinforces the narrative that women were the "passive" citizens that politicians and laws painted them as. Well-written NPCs can certainly teach players about women in the revolution, but by definition an NPC is a character with a scripted routine, one who isn't free to make her own choices. An NPC does not act - she is acted upon. In other words, by confining women to NPC roles, Ubisoft figuratively condemns its female characters to the second-class status and scripted life women in the actual French Revolution fought - and died - to escape.

In this way, playing a woman in Assassin's Creed: Unity would in itself be a revolutionary act. To play as a historical woman taking part in political life - and in that period violence was a part of political life - upends the narrative that women were "passive" citizens. But more than that it gives the character a sense of freedom and choice that NPCs don't have - the power to act rather than react. There is no greater act of liberation than putting a character under player control. A character under programming is an asset, but a character under a player's hand has free will within the game's laws. To make an oppressed character playable is to give them the tools to break their chains.

Therefore, I think this controversy is about historical representation as well as gender representation. It's true that women who play the game want to identify with a character, and also true that these homogenous avatars are disappointing given Assassin's Creed's more diverse past titles, but it's also about getting the period right. Not everyone holding the controller will be white and male - this is true - but not everyone in the French Revolution was white and male either. In fact, people that point to whiteness as "historically correct," are ignoring that France ended slavery in 1794, seated a black and a mixed-race deputy on the National Convention that same year, and promoted a black man to brigadier-general in 1793.

We don't have to make up narratives about diversity and representation in the French Revolution - they're already there, and using them makes a statement. Men and women of different races fighting together would more than anything else convey the revolutionary ideas embodied in Liberté, Égalité, Fraternité.

Of course while revolutionary feminists were all for liberty and equality, they weren't crazy about the third part of the tripartite motto reading brotherhood.

They proposed a different word: Unity.