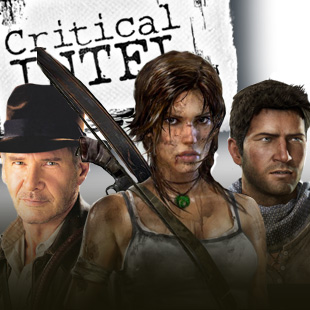 Last week my wife and I trekked the Inca Trail to Machu Picchu. Four days of hiking along dusty trails, cloud forests, and climbing stone staircases up high-altitude mountain passes.

I wasn't ready for it. I hadn't trained enough. Asthma and altitude are a bad mix. I've barely lived, much less camped, in below-freezing temperatures.

My one advantage was that I'd done enough research to bring good gear, and that - more than anything - carried me the 40 kilometers to the Sun Gate. A CamelBak kept me hydrated. Sunglasses and a wide hat staved off solar radiation. Four distinct moisture-wicking and waterproof layers kept me warm at high altitudes, cool in steaming forests, and dry in both.

But as I researched what to bring along the Incas' fabulous stone pathways, I couldn't help but think how different this gear looked from our classic conception of an adventure outfit. You never see Lara Croft wearing a sun hat, for example, or Nathan Drake carrying a canteen. And where - if anywhere - does Indiana Jones store his water purification tablets? Given my newly field-tested knowledge, I decided to examine these three adventurers to see who's the best-outfitted adventurer in videogames.

A base layer is whatever you wear against your skin. It could be a T-shirt, underwear, long johns or even a bra. A base layer should do two things: wick moisture (like sweat) away from your skin and keep you warm and insulated.

Smart fabrics and Merino wool are two materials favored in outdoors clothing. Both contain wicking properties, but trekkers generally favor the more expensive Merino wool because it insulates when wet and has natural resistance to body odor - important when you're wearing the same clothes for several days.

Layering is wearing several successive layers of clothing to help you adjust to a variety of climates by adding or removing layers. For example, my trekking outfit in Peru had a wicking base layer, a long-sleeved shirt for sun protection, and a mid-layer fleece and waterproof outer jacket for colder altitudes. 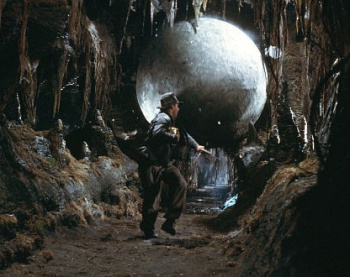 Indy set the mold for the other adventurers on this list, but just because his gear is iconic doesn't mean it's practical. While suitable for hot climates and offering exceptional sun protection, his unwillingness to branch out hurts him in cold weather and his boots don't have the best tread. But considering he had his heyday before most smart fabrics were available and outdoors research hadn't exploded yet, he does all right.

Headgear
Indy's probably sports the best headgear out of the three. His fedora keeps the sun off him in Egypt and traps body heat in Nepal. And because it's made of wool felt, it can even insulate him while wet. It has some major disadvantages that we've discussed before, though - it's not particularly breathable in hot climates, takes forever to dry out in humid ones, and lacks a wind cord making it vulnerable to gusts. He also doesn't wear sunglasses, though they were available at the time.

Shirts, Jackets and Base Layer
Due to his time period, Indy's at a significant disadvantage when it comes to smart materials and warm weather choices. Still, his cotton safari shirt isn't a bad base layer in hot climates, considering it's breathable, provides basic sun protection and should dry out quick enough - but it probably chafes and stinks after living in it for a week. Indy's leather jacket on the other hand is more stylish than versatile. While it's fine for cool nights in Egypt and Germany, it's totally inadequate in Nepal. Leather isn't totally waterproof even after extensive treatments, and a long rainstorm or dunking in a river will ruin one in the long term and make it extremely heavy in the short term. Still, it provides some layering possibilities.

Trousers
Indy wears a WWII-style Army and Army Air Corps officer's trousers with a plain web belt. They're simple, effective and practical given the time period. Not too heavy but also enough to defend his knees against rocks, thorns and brambles. He likely uses U.S. Army cotton boxers as a base layer, hopefully substituting long johns in colder climes.

Footwear
Indy's Alden 405 boots are good, heavy boots that provide both protection and adequate support for a day's walking. While not as light or vented as some modern hiking boots, they're a solid choice for the time period. Pair them with some wool socks to keep your feet dry, and they'll still do the trick today. However, they have minimal tread compared to modern hiking or trekking boots, making them less than ideal for the outdoors.

Gear Bag
Indy carries a British Mark VII gas mask bag made of heavy canvas with a modified leather strap. It's a pretty minimal pack for an expedition, though he could conceivably carry survival supplies, chlorine water purification tablets, a compass, quinine pills, basic first aid and other essentials. Notably, Indy is also the only adventurer on this list that carries a canteen - which he used as a health replenishing device in Indiana Jones and the Emperor's Tomb.