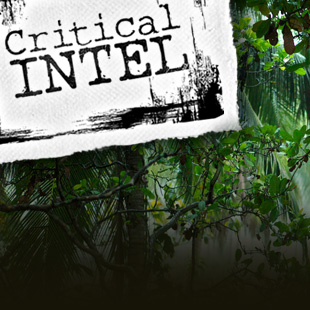 We were five hours upriver in the Peruvian Amazon when we saw the anaconda. It lay coiled and motionless, nested inside a clutch of dead trees that had snagged together near the bank. Its head was no larger than my hand, but its armored body was as big around as a dinner plate.

I asked our guide how long it was. He said, judging by body width, around seven or eight meters. That's more than twenty-three feet, maybe as much as twenty-six - either way longer than the motorized canoe we stood in, longer than the distance from us to the snake. It was without doubt the scariest creature I've seen in my life.

Having grown up hiking through Hawaiian rainforests, I'd always assumed I had a handle on the rainforest. My little bit of knowledge made me snarky about videogame jungles, and how they never seem to have enough trees. But when I saw that snake, I realized I was wrong. Hawaii had kiddie pool rainforests compared to the Amazon, and the videogame jungles I loved to snicker at were even more wrong - and sometimes more right - than I ever realized.

Here's what I learned.

Line of Sight is Irretrievably Borked

Depending on the time of day, you might be able to see fifty feet in the jungle. Trees and vines create a dense net of vegetation, and the canopy puts everything in perpetual shadow. Seeing animals, or people, means peering through the spaces between the foliage to see a hoof, a wing, or the flash of a white T-shirt. At night, you can't see anything but a few stars winking through the branches. An experienced tracker - like our guide - can sense animals quite well, but they often use auditory cues, smell and moving leaves rather than actual sight. As for seeing into the trees from the outside? Good luck. Your visual range goes about ten feet deep.

To illustrate, one day my wife and I were tracking wild boar. Every time we caught a glimpse, they'd sense us and run away, roaring and clacking their jaws with a sound like a paintball gun. We'd gotten close enough photograph the herd's alpha when our guide caught up with us. He said we'd moved too far ahead and were in a dangerous position. Though we could only see seven boars, there were actually seventy in the herd. The rest were lurking around us in a U-shaped formation, just out of sight. Boars are vicious. One bites your leg to bring you down and the rest swarm and eat you alive.

Most games don't hold with this limited vision, since it hampers gameplay. Developers plant well-spaced jungles with wide avenues. One exception is Call of Duty: Ghosts, which featured an Amazon mission where the player stalked pursuers through a jungle with restricted sightlines, but the reality is far more extreme. The game that really gets it right is Warhammer's tabletop rules, which limit the amount soldiers can see through woods and jungle unless they're specially trained like the Catachan Jungle Fighters. To Far Cry 3's credit, stalking via sound was a major part of its hunting system, but I'd like to see more games build on this aspect - and work toward making leaves that rustle when something passes. 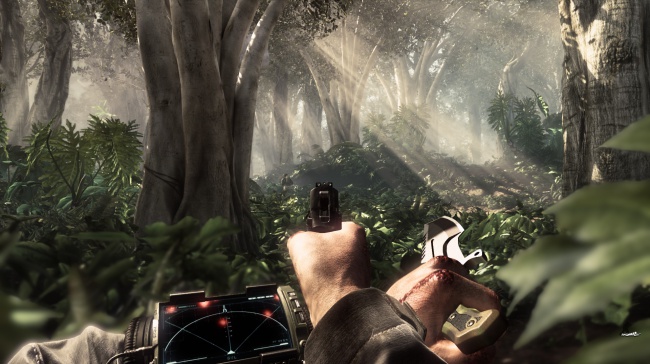 The Rainforest Isn't One Ecosystem, It's a Thousand

Every tree in the Amazon has another organism growing on it. Vines and moss make their home on the bark, and ferns sprout directly from the trunk. Though it's called the rainforest, a surprisingly small amount of water makes it to the ground when it rains. As a consequence, the plants are aggressive. Small plants climb on big ones. Strangler vines mummify and kill enormous trees to reach the sunlight above. Everything's stealing position and moisture from everything else.

When you look at a tree in the jungle, you don't see a tree. Instead there's a whole ecosystem growing vertically. A few games have incorporated this - Call of Duty: Ghosts and Crysis 3 had some trees that match this description, but they're the exception rather than the rule. Most game trees are bare so the sight lines are clean and programmers can reuse assets. It's a small difference, but a striking one that makes in-game jungles look sterile.

Mud Is A Natural Booby Trap

There are infinite varieties of mud in the Amazon. There's the thin mud that's little more than a foot-deep puddle. There's the gritty stuff filled with pebbles. Form-fitting clay mud, and mud the consistency of a chocolate shake - that's the kind that'll suck the rubber boots right off your feet. Given that rain and humidity are a given in the rainforest, mud's an inevitable part of life there.

It gets particularly bad on trails where there are few roots and shrubs to hold the soil together. Moving through the jungle involves frequent slowdowns as you wade through mud puddles twenty feet across and up to two feet deep, not exactly the run-and-gun gameplay of most games. In fact, given games' difficulty with fluid dynamics, I wonder if it's not just negative gameplay effects that gets this hostile terrain cut, but technical ability.

Once again, it's actually Warhammer and other tabletop games that get this right - the difficult terrain rules become a lot more clear when you're trapped calf-deep in mud, trying not to fall and impale yourself on a root spiking out of the ground.