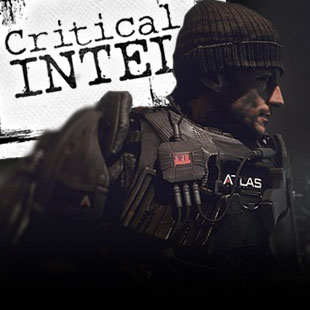 It might be an understatement to say I've been critical of the Modern Warfare series. Between articles about how the series miscasts the War on Terror, misrepresents Muslims and, at its worst, amounts to a $60 game of follow-the-leader, I've written more than 10,000 not-especially nice words about Activision's favorite child.

You'd think I hate the whole enterprise, but you'd be wrong. While I find some aspects troubling, I think the games do many things well. Call of Duty 4: Modern Warfare was a smart, layered game that never sacrificed nuance for the sake of action. World at War was an underappreciated classic. And even though the plot looked like a yarn factory with a kitten infestation, when you look through the debris Black Ops II has some interesting points about drone warfare.

It might be more accurate to say that I think the post-Modern Warfare games are an archaeological excavation - full of intriguing things, but you have to dig a bit to unearth them. And of course, they rarely fail as spectacle entertainment.

I therefore look forward to each new Call of Duty with both excitement and wariness - but this time excitement is winning. Apart from Activision's inexcusably deceptive documentary marketing, what I've seen from Advanced Warfare makes me hope - perhaps even against my better judgment - for the best this time around.

COD Is Best When It's Nuts, And This Looks Batshit Crazy

The modern-set Call of Duty games tend to work best when they're completely off their rocker. And I don't mean the doomsday-prepping-in-the-basement crazy of Ghosts or the box-checking-modern-anxieties crazy of Black Ops II, I mean the Nazi-scientists-Soviet-mind-control-Bay-of-Pigs-CIA-MKUltra-Kennedy-Assassination-here's-some-zombies-too psychedelic acid tablet that was Black Ops.

Black Ops was great for two reasons: first, even though they were name-dropping real incidents and government programs, the fact that it went so over the top meant that there was no danger of the audience confusing what was onscreen with real events. Second, it took place during the Cold War, which is perhaps the perfect setting for the Modern Warfare series.

The best thing about setting a game in the Cold War is you don't have to make a big show of establishing the stakes - nuclear annihilation literally hung over humanity at all times in the form of circling bombers. Plus, it's a time in history where defense and intelligence organizations let their imaginations run wild, exploring options and writing scenarios that sound incredible to modern ears: hypnosis and LSD as behavioral modification techniques, for example, and poisoning Castro's cigars. The Soviets wanted to circumnavigate Mars on a space train. The U.S. Air Force considered nuking the moon to intimidate the Russians. You can make up literally anything about the Cold War, no matter how ludicrous, and its seems plausible - even CoD's plotlines don't seem too wild.

Advanced Warfare may not be that level of crazy, but they're finally breaking away from the "realism" angle that's held the series back so long. Because it's set 40 years into the future, Advanced Warfare is effectively a sci-fi game, a comfortable space where they can feel inspired by near-future military technology rather than beholden to it. Sure, the game's still about real world issues - sci-fi always is - but the future setting lets it live in the world of allegory rather than "what if" thriller treatment. Exoskeletons? Railguns? A globally powerful PMC? Bring it. As far as I'm concerned the further CoD gets from the War on Terror, the better.