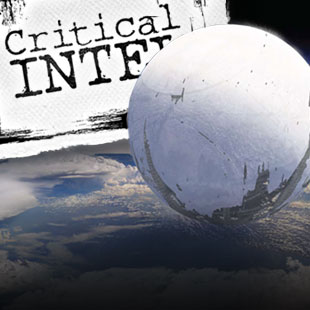 Human settlements nestled on other worlds. Planetary neighbors shaped in Earth's image. It's a thrilling concept that makes for unique environments - but is terraforming another world actually possible?

Not only is terraforming within human ability, it's an avenue scientists have considered since the 1960s. But to actually do it requires massive technological, economic and ethical hurdles that - thankfully - no one in our generation will ever have to face.

Bad News: You're Doing It

If you're reading this, you're terraforming a planet. The energy your device consumes as you read, the car you drove to get where you are, and the air conditioning that cools you all release carbon dioxide into Earth's atmosphere. The atmospheric change from all this carbon dioxide, and the solar heat it traps, melts polar ice and raises the sea level. That's unintentional terraforming.

While we don't usually think about it this way, terraforming would generally be much the same thing - manipulating a planet's atmosphere to make it more hospitable for life. (Global climate change is, unfortunately, doing the opposite.) The difference between what we're doing to Earth's atmosphere now and what we may do to other planets in the future is that we'll be manipulating them intentionally to create a desired result. Terraforming won't be as simple as shipping water to Mars or pumping oxygen into Europa's atmosphere, it'll likely be a long-term chemical manipulation using elements already present on that world.

For example: in the 1960s Carl Sagan suggested that humans could begin terraforming Venus by seeding the atmosphere with genetically modified algae. The algae, he claimed, could convert carbon dioxide into organic compounds, removing enough carbon from the atmosphere to lessen the greenhouse effect and lower surface temperatures. Though later discoveries showed that this approach was impossible on Venus, it's a good example of how planetary engineering theories often play out.

NASA considered terraforming important enough to conduct a study on it in 1976, and terraforming articles still appear in peer-reviewed science journals. In fact, one of the principal planetary scientists at NASA's Ames Research Center - Dr. Christopher McKay - is one of the world's foremost experts on terraforming.

There's debate among terraforming theorists as to which planetary body would be the most conducive to alteration - some propose asteroids, while others look to Jupiter's moon Europa that has liquid water - but most of the conversation settles around Mars.

Mars is the most Earth-like planet in our solar system, and scientists think that hundreds of millions of years ago it had a thicker atmosphere and water much like our own pale blue dot. The theory goes that because these elements are still present, future human settlers could use various shifts in climate to reverse-engineer Mars back to a habitable state.

A few years ago, National Geographic partnered with several terraforming experts - including representatives from NASA, CalTech, The University of Wisconsin and the Mars Society - to puzzle out what that might look like.

It might begin with several 18-month manned missions to Mars, with each expedition gradually adding habitation modules on the surface to create a functional base. A century later, workers at the base would start releasing carbon dioxide into the atmosphere, warming the planet to a suitable temperature.

The primary mechanism for this would be factories on the surface, which would manufacture chlorofluorocarbons derived from the air and soil. These would essentially be pollution plants meant to spray greenhouse gasses into the atmosphere and melt the polar ice caps, releasing the carbon dioxide trapped there. The added carbon dioxide would thicken the atmosphere, raise the atmospheric pressure, and warm the planet an average of 70 degrees Celsius, bringing it above freezing.

Two hundred years after the first manned mission arrived, rain would fall, and settlers - now dwelling in dome communities with their own sheltered gardens - would introduce microbes, algae and lichens. These simple organisms would break down the Martian rock into organic soil, further adding oxygen to the atmosphere.

Six hundred years after the first manned mission, settlers could introduce flowering plants and later - possibly as long as a thousand years - boreal forests such as redwoods. The ultimate aim would be to create enough vegetation to manufacture oxygen, but building up that concentration would take millennia. In the meantime, humans would wear oxygen masks as they walked outside - a detail that Destiny seems to retain.