Cremation and Cannibalism: Ghosts of the Himalayas 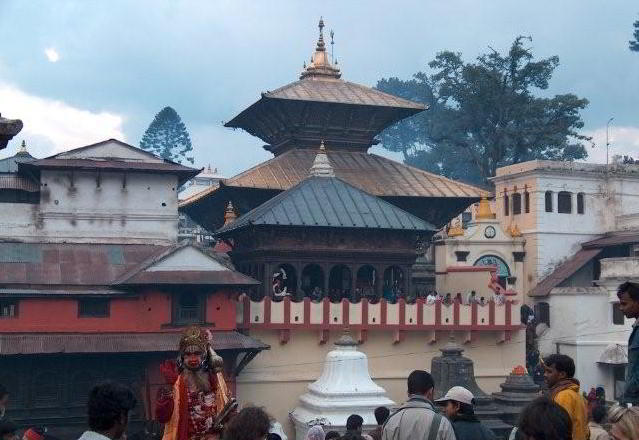 Pashupatinath Temple in Kathmandu is Nepal's holiest Hindu site. It's also a popular place to die.

Shiva devotees believe that dying in proximity to the temple causes them to gain merit, and the temple's massive hospice building has seen thousands of Nepalis breathe their last beneath its roof. Once dead, their family and attendants carry their bodies outside to the ghats, or cremation platforms, on the Bagmati river. Then, they light the pyre and watch their loved one burn until they're nothing but ashes the river. Given the high contact with corpses family members have during these funerals, it's unsurprising that - unlike the west's more non-corporeal ghosts - Nepali specters tend to be grotesquely physical.

In one story, a postman is traveling along the road when he comes to a house. On entering, he finds a sick man who can't rise from his bed, but who invites the postman to stay the night. While preparing a meal for the two of them, the postman asks the sick man to pass him the salt - and screams when the man's arm extends five meters to reach the shelf. Fleeing through the mustard fields, the postman hears the "sick" man close behind him. Reaching the next village, the hysterical postman tells his story to the townsfolk who decide to investigate - they find the sick man's corpse lying in bed, mustard flowers between his stiffened toes.

The stretching arm is a recurring element in Nepali ghost lore, appearing in several stories - including ones where the ghost pretends that he hasn't died at all, but recovered from the illness. These stories deal with the cultural need for immediate cremation, and the terrifying contamination potential of being around dead bodies.

But ghats can be centers for hauntings as well. Angry spirits might mob travelers who use the firewood set aside for cremation, or chase away those working at night near ghats. The ghosts' objective, always, is to eat the living. 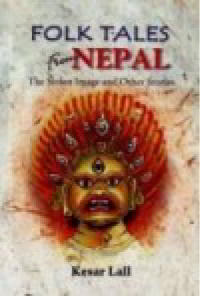 The most frightening tale comes from the town of Sankhu, a pilgrimage city outside Kathmandu. Long ago, a young lady married a rich man in Kathmandu, but soon found that he was an abusive drunkard. One night during the Tihar festival, her husband came home after losing a great deal of money during the festival's traditional gambling. Wishing to play more, he demanded her gold jewelry. When she resisted, he hit her and threatened to kill her. Pretending to get her ornaments from upstairs, the woman instead escaped out a window and fled into the night, hoping to find safety in her home village of Sankhu.

After several hours, chilled and wet from crossing rivers, she came to a stream and knew her home village was near. Upstream, she saw fires and heard voices-a funeral party come to cremate a dead body. While it was never good to be near a ghat at night, after journeying so long alone she was glad for the company.

Reaching a clearing, she was surprised to see an old woman under a fig tree, cooking a meal in an earthenware pot.

"Oh, my dear poor child!" said the old woman. "How lean you are! Come sit down. The rice is cooked, eat some before you go." She laid two plates on the ground.

The young woman lingered, unsure what to do. Why was this old grandmother out at night alone, and not home with her family?

The old woman repeated her invitation and ladled out the food, and as soon as the young lady saw it, she knew the old crone was a ghost.

It was rice grits cooked in blood.

But before she could run, the old woman leapt up and seized her.

"Take but a little," the crone said, forcing the bloody rice down the young woman's throat with her fingers. Then the crone sat down and began to eat, scooping the coagulating rice with her hands.