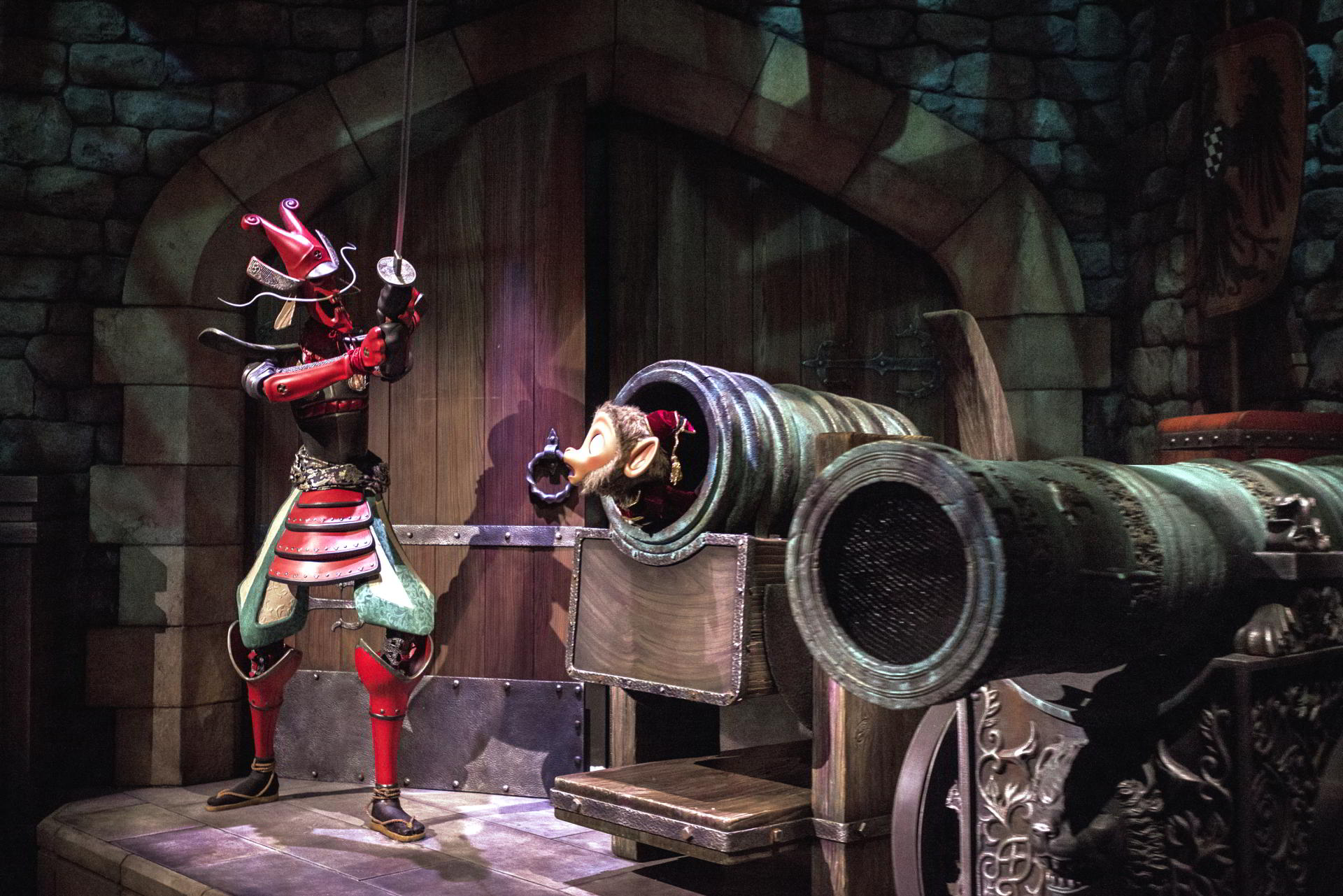 "So [in the case of hong za] there is an 'essence' of death, if you will, that can still stay in the apartment. The problem for the Chinese is that even if you yourself do not believe, your relatives and friends will be made uncomfortable by the fact you live there."

This wasn't the first time that Disney bowed to Hong Kong's local tastes - the fact that the Hong Kong Government holds joint ownership of the park practically guarantees there will be some local accommodations. During construction, feng shui experts consulted on the park's design in order to make it a prosperous environment, and local favorites like caramel popcorn and shredded squid dot the park's concession stands. It's proof Disney learned hard lessons from Disneyland Paris, where an initial failure to localize plagued the park's opening years (one major issue: you couldn't buy wine).

There are no ghosts in Mystic Manor, nor does it have cobwebs, dust or anything you'd traditionally associate with a haunted house. It has residents -- namely the explorer and antiquities collector Lord Henry Mystic and his monkey companion Albert. Guests enter the mansion to view Lord Henry's collection, including his new acquisition, an ancient music box rumored to bring inanimate objects to life.

When Albert opens the box, the house comes alive. Dragon statues awaken, Roman mosaics move. Suits of armor take up weapons and tribal statues blow darts past your face. The music box angle removes the need for specters - animated household objects are a popular and less-threatening folklore motif in Asia -- but despite that, Mystic Manor has more scares than its haunted cousins. Cannons discharge right at you and 4-D effects provide some real startles. It helps that the entire production, from the new trackless ride system to digital projections, operates on cutting edge tech. Two different routes change the experience on subsequent rides, an experience I found so compelling that staff members started laughing and waving at me on my fourth consecutive ride-through. "We ... wanted to try and infuse new state of the art technologies alongside a brand new story with original characters," says Schirmer, who points out that Mystic Manor gives HK Disneyland a unique experience and "bragging rights" over other Disney parks. 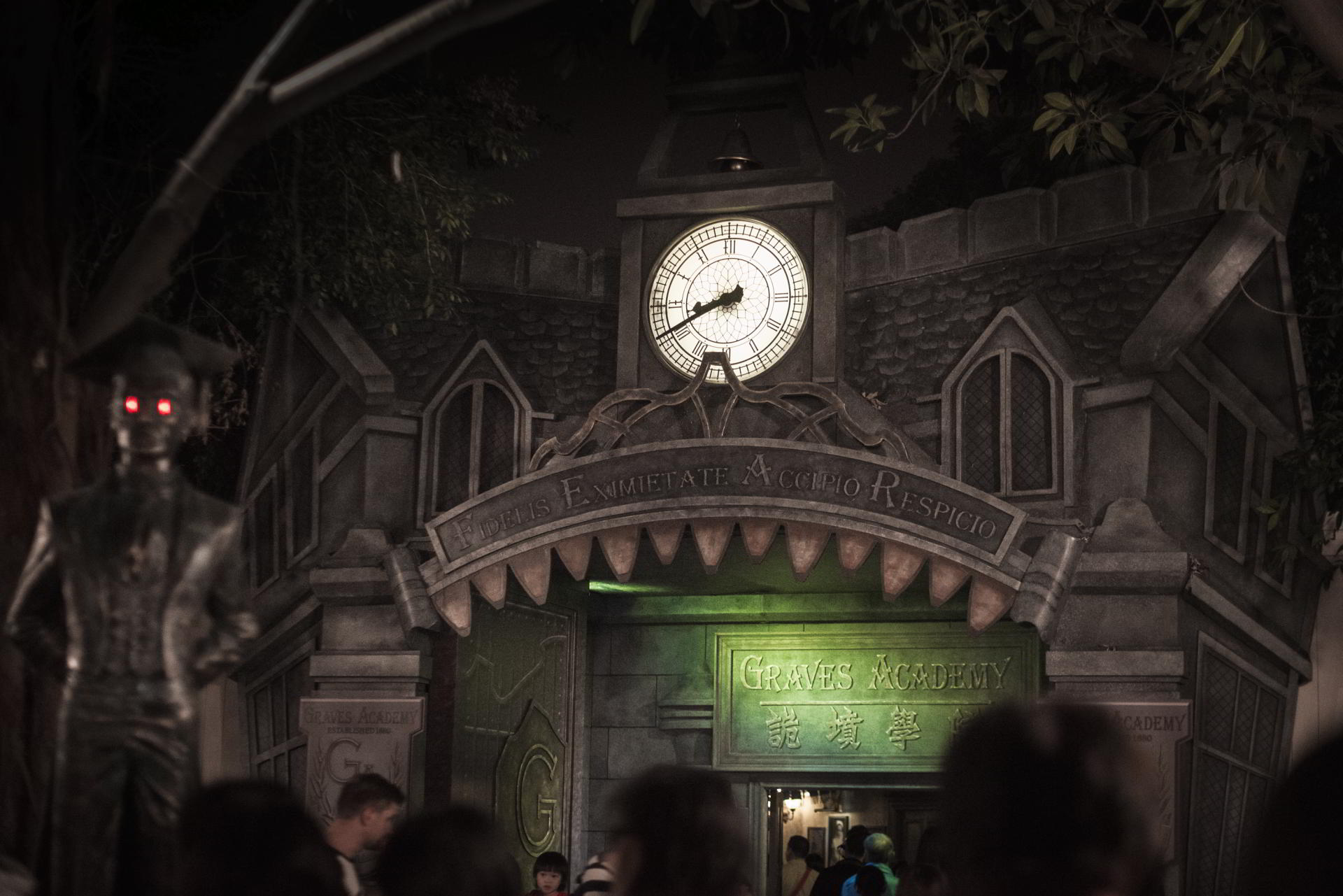 But it would be wrong to say that Mystic Manor totally upends the Haunted Mansion experience. Rather, Schirmer sees the relationship between the two as "50% evolution and 50% inspiration." Even with the thematic differences and superior technological presentation, there's still that old Haunted Mansion feel. Both attractions feature a room with instruments that play by themselves. Both have shifting wall art, living suits of armor, and a cylindrical orientation room that explains the attraction's story. Eagle-eyed guests can even spot two of the Haunted Mansion's famous concave busts that follow you with their eyes. Also like the Haunted Mansion, music plays an important role, but the ride's haunting notes are a different beast as well. Scored by Hollywood heavyweight Danny Elfman, the bouncingly eerie soundtrack reacts to the drawing crossbows and drumming tribal idols. "For the first time in our attractions, the musical score was treated just like composing for a feature film," says Schrimer. "Instead of looping tracks there are musical arcs that follow the story, setting the emotion for each scene... Danny's music not only became the perfect complement to the story, at times it became the story."

That's especially important, he points out, in an attraction whose guests may speak English, Cantonese or Mandarin depending on their nationality. To accommodate this international clientele, throughout the design process the team tried to limit spoken dialogue, instead telling the story visually or conveying the emotional arc through music. While Lord Henry delivers the welcome in English, the accompanying slideshow includes stylish Chinese characters so no one's left out of the loop.