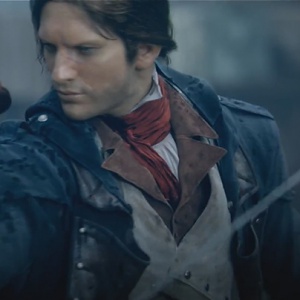 Happy New Year! The season of celebratory excess has come to a close and a new year lies ahead. But now that you're recovering from the holiday binge of turkey, rummy eggnog and/or latkes, why not take the opportunity to binge with your brain?

Given that after the Holidays many people have a few Amazon gift cards rattling around, it's a good time to direct you toward books that'll let explore your favorite games on a deeper level, or that you'll enjoy because they're similar.

The Black Count: Glory, Revolution, Betrayal, and the Real Count of Monte Cristo

The son of a fugitive French aristocrat and a black Haitian slave, Thomas-Alexandre Dumas arrived in Paris in 1776 hoping his father - who'd sold him into bondage - could improve his prospects. Taught to ride and fence, he enlisted in the army as a private just before the Revolution, initiating the most meteoric military career in history. As the Revolution shattered old structures and ravaged the officer class, Dumas rose in the ranks through bravery and talent, his race suddenly not a bar to success. Winning a place as one of Napoleon's most trusted generals, Dumas fought at the Battle of the Pyramids and led the famous crossing of the Alps. His exploits, from sword fighting in the street to shipwreck and capture, were so exhilarating they inspired his son to fictionalize his adventures in the classic novels The Three Musketeers and The Count of Monte Cristo. Winner of last years' Pulitzer Prize for Biography, there are few nonfiction books as exciting and fascinating.

April Blood: Florence and the Plot Against the Medici

Assassin's Creed II begins with Ezio embroiled in the Pazzi Conspiracy, a unsuccessful coup against the Medici family - but the game doesn't fully capture the incident's drama or historical weight. April Blood, on the other hand, illustrates every step of the event, from its origins in a family rivalry to its bloody climax in the streets and mansions of Florence. While the beginning moves a little slow, once the plot goes into motion the book reads like a thriller. By the time the Medici brothers kneel during high mass, unaware that the Pazzi are drawing knives behind them, it's history as high opera. A heady mix of politics, vengeance, mercenaries, and enraged mobs eating their enemies' hearts (yes, really) April Blood reads like a real-life Game of Thrones.

For Wolfenstein: The New Order Fans

When the Nazis invaded the Channel Islands, they inherited a unique asset: a jail full of English criminals. Among them was Eddie Chapman, a conman, safecracker and pathological liar the Germans considered an ideal candidate for intelligence work. Chapman was only too happy to volunteer his services in exchange for release, and after espionage training, parachuted into Britain with orders to sabotage an aircraft factory.
Instead, he turned himself in to MI5 and offered his services as a double agent.

Thus began an incredible intelligence career, as Chapman manipulated his German - and British - handlers, helped win the war, amassed a small fortune and collected fiancées on both sides of the conflict. Enriched with recently declassified documents and told with a rollicking narrative style, there are few books about espionage as entertaining as this one.

, introduction by Sinclair McKay, published by The Imperial War Museum.

Imagine you're a British SOE agent training for a mission in occupied France. What textbook are you reading?

Wonder no more, for the Imperial War Museum has published a fetching hardcover compiling the pamphlets, chapbooks and guides any prospective operative would have read. Mostly consisting of technical manuals, you'll find instructions for operating thermite charges, laying booby traps, camouflage and even real-life Bond gadgets - all with original illustrations and photos. With an introduction by SOE historian Sinclair McKay, it would make a fine supplement for anyone running a WWII RPG.