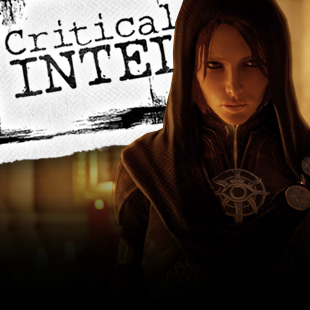 On a normal basis I don't muck around in comment section arguments. Partially that's because internet debates tend to be mental ulcers that never heal, and partially because I figure others can handle it if someone's peddling historical myths. But recently a topic keeps rearing its obnoxious head: the idea that it's "unrealistic" for women in Dragon Age: Inquisition to wield longswords. Women, the argument goes, don't have the strength to wield heavy blades. Furthermore, women didn't fight wars in the middle ages and because of their "emotional" nature wouldn't have the competence to serve in, or lead, a military force.

These claims are total nonsense. Even putting aside the dubious gender assumptions and irony of arguing about "realism" in a game with dragons on the cover, it shows a distinct ignorance of how much swords actually weigh and turns a blind eye to many women who did fight - and win - wars in medieval Europe.

The Problem of Selective Realism

Before we dive in, we need to talk about the underlying assumptions in this conversation. Dragon Age: Inquisition is a fantasy game, and like all fantasy worlds its realism is selective at best. This is perfectly natural since the fantasy genre evolved out of myths, folktales and fairy tales where the point wasn't to depict reality, but display "truth." These precursors to the fantasy genre were moral fables, with fantastic elements like dragons and unicorns serving allegorical roles in order to convey lessons to the audience. There was no need to make elements like talking animals or magic objects seem convincing because that wasn't the point. Early 20th century genre greats like Tolkien and C.S. Lewis, hewed close to this school of thought even as they built giant worlds - resonance was their watchword, rather than straight-faced believability.

But already fantasy was starting to drift from its allegorical roots. The Sword and Sorcery school championed by Robert E. Howard and the "pulp" authors turned imagined worlds from places where modern-day fables took place to sandboxes for visceral, combat-heavy adventures - material games like D&D later mined. Fantasy also increasingly fell into science fiction's orbit, and absorbed the genre's interest in worlds that felt "real." This ironically created a situation where fantasy, a genre based on medieval folktales not meant to reflect real life when they were written, started to incorporate medieval history to make itself feel "authentic." That's why you're reading a deep, evidence-based historical argument about a game that features dragons.

But it's particularly interesting that in a series like Dragon Age, certain players consider women with longswords an unrealistic element. After all, no one has written a two-post treatise about how the dragons have terrible aerodynamics, inadequate wingspan for flight, and don't have light, hollow bones like pterosaurs. Yet apparently some players who can accept such an anatomically unlikely creature feel that a woman swinging a longsword is a major world-building flaw.

Frankly, this probably says more about the player and his assumptions than it does about the game - but even so, it doesn't hold up to factual scrutiny.