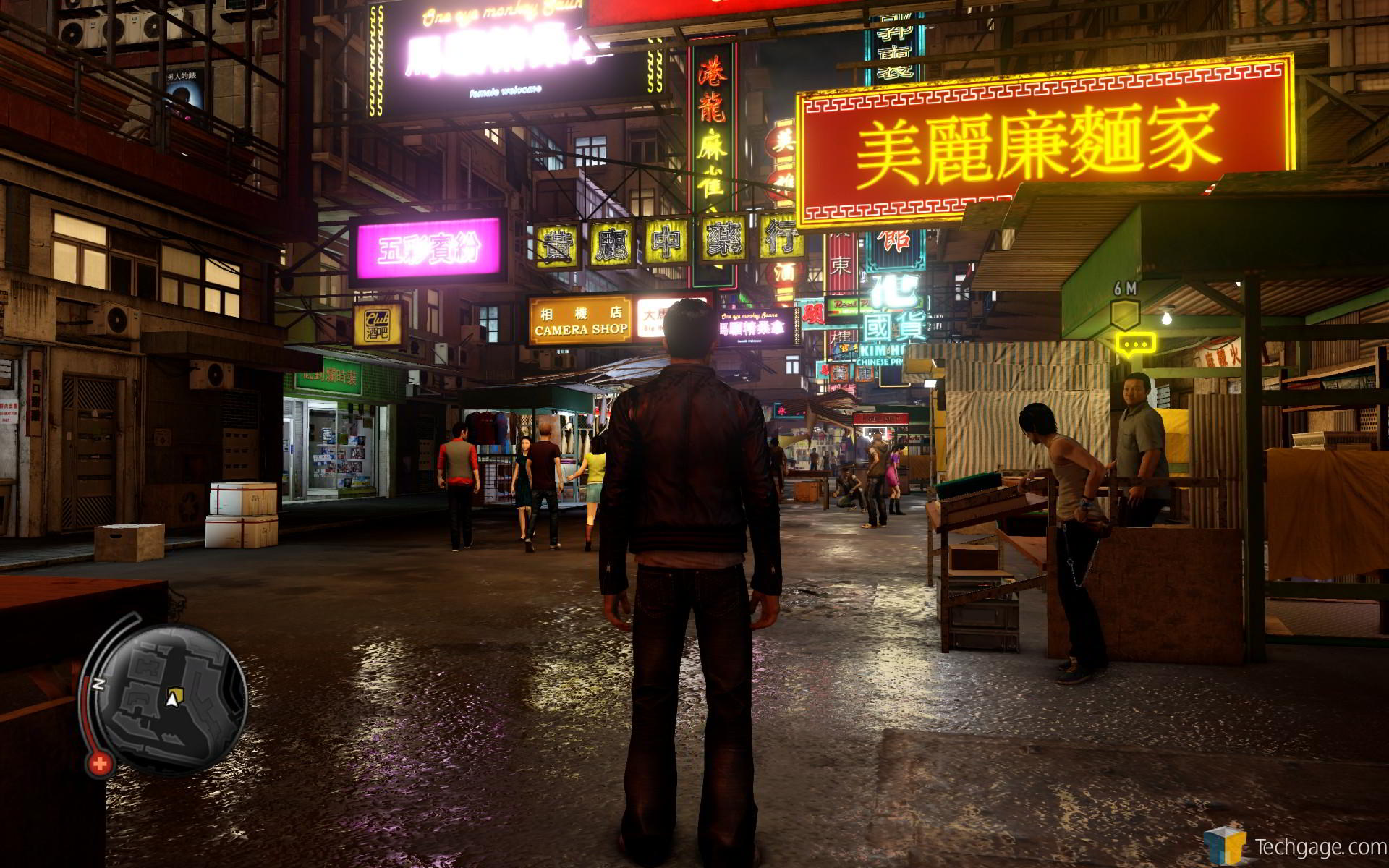 This may seem nitpicky, but these are major Hong Kong symbols - the kind of things that make the glossy pages in Lonely Planet guides - and it's disorienting to see the city without them. Imagine if you booted up a game about New York to find Manhattan adrift in the Atlantic Ocean without subways, the Statue of Liberty, or Yankee Stadium. You might still recognize it as New York, but you'd feel the loss.

Having said that, it's pedantic to quibble over what United Front excluded considering the research they put into the rest of the game. Sleeping Dogs based its Triad plotline on real-world conflicts between crime families, namely the Sun Yee On's clashes with the 14K and Wo Shing Wo (in the game the gangs are known as "Sun On Yee" and "18K"). Many characters are name-changed versions of Hong Kong underworld figures. An early mission where Shen takes over a minibus route comes straight from a well-known Triad racket. Likewise, the game's turning point mirrors a real 2009 crime, where rival Triads murdered Sun Yee On boss Lee Tai-lung in front of the Kowloon Shangri-La Hotel. The crime was a "ram and chop" attack - the killers rammed Lee with a car then hacked him to death with machetes. The ensuing power struggle lasted two years, until an undercover police operation decimated one of the challengers. Sound familiar?

But while the game has some grounding in true crime, its aesthetic channels the cop dramas and kung fu flicks of Hong Kong's film industry. It's part Bruce Lee, part John Woo, and owes a debt to the Infernal Affairs series. The Nightmare in North Point DLC leaned heavily on the Chinese jiangshi, a monster popularized via Hong Kong's Mr. Vampire films. The game works on action movie logic. Sleeping Dogs may depict the most crowded city in the world, but the streets stay clear to accommodate car chases. The comically expansive building interiors - one nightclub is five times larger than my grocery store - give the player space to reenact John Woo fights without the camera snagging on a wall. Likewise, the casual violence and high gun ratio owes more to film than reality - Hong Kong, a city of over seven million, had only 27 homicides in 2014. Compare that to New York City, which clocked 39 murders in the first month of 2015. In other words, while violent and splashy murders do happen in Hong Kong, the city isn't a perpetual slow-motion shootout. It's a forgivable distortion - Sleeping Dogs draws on movie myths, but at least they're movie myths Hong Kong created about itself.

In the end I have to admire Sleeping Dogs. Its Hong Kong may not be satellite-image perfect or even close enough to offer virtual tourism, but the game punches above its weight. United Front deserves credit just for taking the action overseas, but they also created a vibrant city on a non-Rockstar budget. but their clear commitment to detail shows in every twisted alley. Because despite the omissions and blurred geography, I still keep thinking that's Hong Kong when I hear the clack of Mahjong tiles or recognize a street. It makes me want a true, next-gen sequel - though the closest we may get is United Front's new online game, Triad Wars.

Maybe I'll get to see Kowloon after all.

Robert Rath is a freelance writer, novelist, and researcher based in Hong Kong. His articles have appeared in The Escapist, Slate, Shacknews and the Journal of Games Criticism. You can follow his exploits at RobWritesPulp.com or on Twitter at @RobWritesPulp.