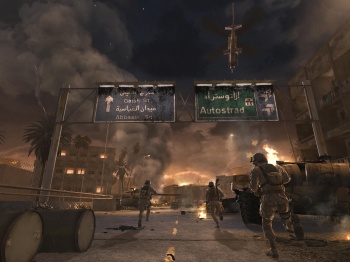 Recently I tried to count how many military games I've played over my lifetime. I gave up at around 25 or so. The question was rhetorical, and rhetorical questions shouldn't require spreadsheets. Next I tried to list which of those games said anything interesting about war.

That list was considerably shorter. Disturbingly short. I'm not sure there's another medium that's dealt with a subject so much while saying so little about it.

But the games I listed - the live rounds in a belt full of duds - had something odd in common. None of them were particularly realistic.

Take Endgame: Syria - it illustrated the devil's bargain Syrian rebels made to survive the government's onslaught, but communicated this through cards. Call of Duty 4 and Black Ops II both had clear and insightful themes about proxy conflict and its consequences, but one was action-movie overblown and the other straight sci-fi. The Metal Gear series is what you'd get if you pumped a Pentagon think tank full of laughing gas. The clear winner, Spec Ops: The Line, presents both the War on Terror and military games as a trauma-charred descent into madness. Only Call of Duty: World at War, which I included for its sly morality mechanic, played its material halfway straight.

Considering that these games came from a genre that fetishizes realism, it's interesting how few of them stay grounded. After all, we've been taught that a game being real, particularly in a war story, is oh-so important. However, I think that's a smokescreen. To me, it's more important if a game is true.

That sounds ominous, doesn't it? Don't worry, this isn't leading to some hellish philosophical discussion of "truth." After all - I like myself, and I like you, and neither of us deserves to be punished. Let's just boil it down to this: a game is "true" when it says something about its material, and that message resonates with its audience. A game does not have to be factual to be true, it only needs to convey its thesis in a way that impacts the player.

Spec Ops: The Line is an aggressively unrealistic game, but it holds more truth in every scene than most games spread over their entire length. It reveals our compulsion as players to keep killing our way to the next objective, even when it's clear our actions can't fix the situation. It drives home how we're conditioned to see everyone onscreen as a combatant. The ending lays bare our dangerous desire be the hero, even when evidence contradicts that conclusion. These criticisms do double duty by reflecting U.S. foreign policy, which recently fell into the same assumptions: we're helping, we had no other choice, they're our enemies, we're the good guys. The game's far from technically accurate, but does it resonate? For me it does. It's not some last word on politics or warfare, but it touches a nerve. 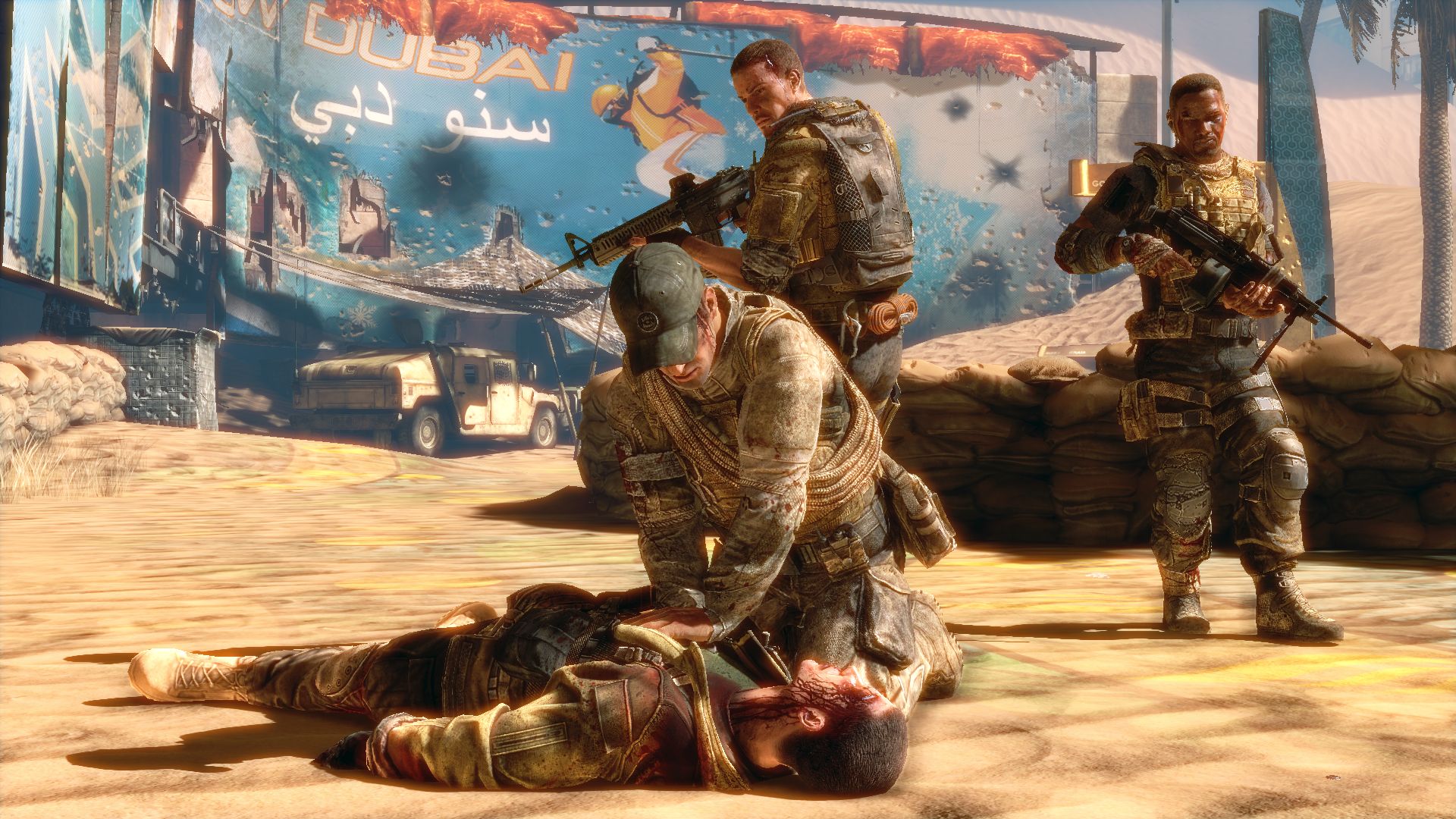 If you want a more mainstream example, look at Black Ops II. The game suffers from being overstuffed and moving too fast - the CoD tango - but clear away the mess and there's an interesting concept underneath. Black Ops II posits that current threats against the United States had their origins in the country's at-all-costs attempt to beat the Soviets during the Cold War. Through Alex Mason's eyes we watch the U.S. support every dictator, rebel and extremist willing to take a swing at Soviet-backed forces, regardless of how unstable or untrustworthy they are. These dirty proxy wars solve problems in the short-term, but also win us bitter enemies, and worse, allies that are only to happy to turn their new American-bought weapons on the U.S. homeland. Black Ops II even drove the point home by having the player fight with the Afghan Mujahedeen, alongside a real-life figure who'd later join the Taliban. Realistic? Not especially. But it's a surprisingly nuanced take on how past actions shape our geopolitical present. Were the narrative more focused, I'd consider it one of the smarter historical games ever made - its setting makes a clear point, and that's more than Assassin's Creed: Unity ever did.

What I like about truth is that it puts seemingly dissimilar games on equal footing. Journey and Call of Duty 4 usually wouldn't occupy the same sentence, but they both filled me with awe and terror. Both confronted death whether on the snows of a mountainside or before a rising mushroom cloud. Both reached a state where I played them with my heart and mind as well as my hands. They showed me something valuable.

My father, a Vietnam veteran, hated the movie Platoon. They got all the weapons and uniforms right, he told me, but it felt wrong. "It took everything bad that happened during the war and had it happen to one group of guys," he liked to say. He worried that the technical realism would mask how unlikely the narrative was, giving non-veterans a distorted view. On the other hand, he loved Apocalypse Now, identifying with the themes of feeling leaderless in a situation beyond comprehension and control. There were technical errors, he said, but it felt right, and that was more important.

One movie was real without being true, the other was true without being real.
This isn't absolute, of course. I've known other veterans who identified with Platoon and thought Apocalypse Now only used Vietnam as a backdrop. There's nothing wrong with that - our experiences shape us, and we will see truth in different things. That's why I, and others in the games press, write. That's why we as a gaming community discuss. It's what makes games rewarding to talk about with your friends. 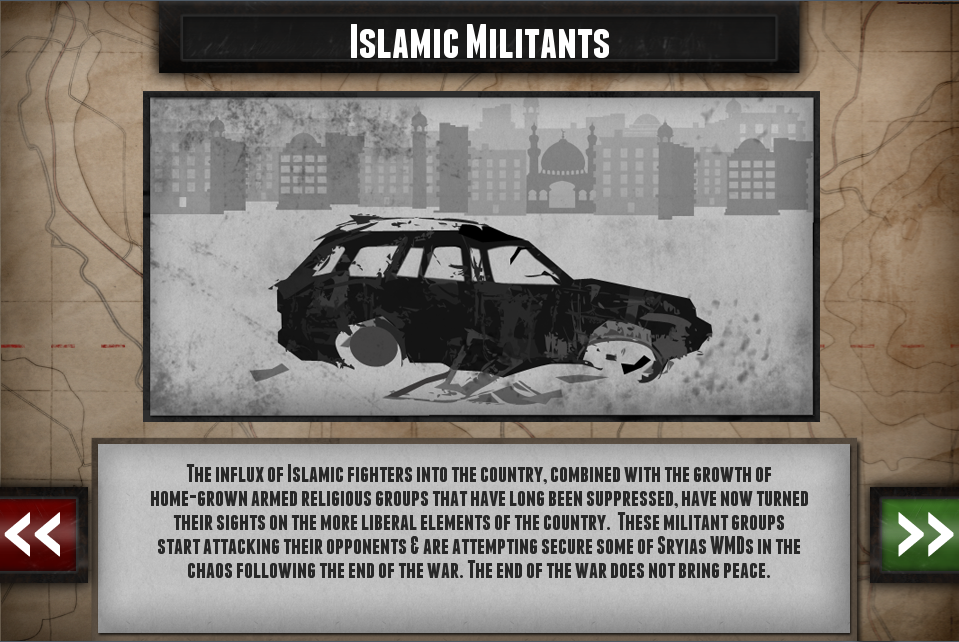 Rather than striving for realism, I think games should chase truth. After all, there's nothing inherently superior about a realistic game, but a story that speaks to us lives on. Million-dollar facial captures didn't make LA Noire's facial expressions more poignant than The Walking Dead. I enjoyed Halo 3, but have forgotten most of it, while Endgame: Syria demonstrated a lesson about war I'll remember for a decade. Games that convey a thesis through themes and gameplay will always, in my mind, be superior to ones that show me a realistic world. The latter can be fun - and I like fun - but fun has a short expiration date. I stop having fun when I put down the controller, but a game that shows you truth flash burns itself on your soul.

It's cheaper, too. Make a game world look as real as you want and it still won't act real when the player encounters it. In fact, the more lifelike graphics get, the more game-like and constrictive gameplay seems in comparison. If you spend enough money, game environments can look like our world, but they still won't behave like it. Yet a game with sprites can transcend the screen and make us think and feel.

Realism mirrors the world, but truth reaches out and touches it.