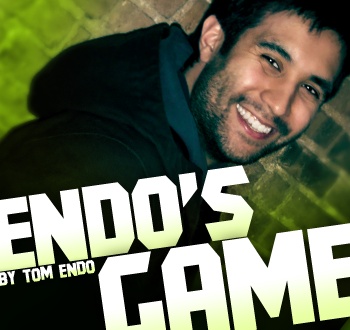 While I was playing Street Fighter IV this weekend, I realized that I don't like playing with other people over the internet. A few of The Escapist editors and I have been playing a series of community supported Street Fighter IV matches. It's been a lot of fun between smack talking on the forums and actually testing each others' mettle. But despite all the spirit, it's a pretty passive experience compared with a face to face match. My last really serious Street Figther encounter occurred back in 1996 when I played a 300 lbs nightmare of a man whose wife watched on with baby in tow. When he slapped the final button on his super combo to finish me off, he turned as he did so and yelled out "Good Night!" in a loud demonic voice. As scared as I was at the time, this is the kind of moment that defines multiplayer gaming for me. It's a gaming experience that lodges itself in your permanent memory and the sort you can only have by playing games with someone in person.

It's the intensity that defines the face to face multiplayer experience. Mario Kart may as well have been Mad Max for my friends and I, such were the levels of depravity it inspired in us. Curse words bloomed from our mouths, latent tensions in the group were expressed in battle mode gang ups - it was a battle royale of competitive pre-teen frustrations. When Bomberman and the Super Multitap made their way into our circle, everything that happened with two players was amplified: now three of them could gang up, repeatedly, on me, for no particular reason -unless you consider wearing velcro shoes at the age of ten a reason. I wish I could say high school and college were better. But between Golden Eye, Halo and the gradual inclusion of alcohol, things stayed pretty nasty.

Personally I think it was the bad memories of face to face gaming that drove people online. Sure, people will cite things like convenience and quality match making. And certainly these play a role, but I think another little acknowledged factor is that face to face multiplayer is too brutal. To this day, when I play a game online, I laugh at what passes for griefing. After all, when's the last time you got slapped through the internet? Once, I was playing Halo against a friend of mine and got slapped mid-way through the match by him in futile effort to break my concentration. The language is consistently the biggest complaint you hear about online gaming. But the constant stream expletives that accompanies online gaming has, by now, become mere background noise for most. Generic insults I can shrug off. But my friend's revelation that he had seen the girl I liked making out with another guy in the halls during the midst of an intense Street Fighter II match? Not so easy to forget.

So it was with great relief, one autumn day in 1997, that I played Diablo online for the first time. The previous week had been rough. After coming in last in the school band's Bomberman tournament, I was belted by the first, second and third place winners with the Bomberball of Truth, which was a fancy name we'd developed with for a particularly rough hackey sack that left imposing welts when wielded correctly. That past weekend I had also been involved in a particularly violent Goldeneye session resulting in at least one wedgie and a pushing match, the sort teenage boys get into when they kind of want to fight but not really.

In comparison, online multiplayer looked like a virtual utopia with its notable lack of physical threats and rage fueled gaming vendettas. I discovered online multiplayer definitely does have its moments. For instance, I felt pretty magnanimous after letting Keane Ng win his Street Fighter IV match against me. I've also run some memorable instances with kindly strangers in World of Warcraft. There's no doubt that online multiplayer can definitely make for a diverting evening. But after my third night of Diablowing, I noted that anonymous multiplayer gaming is a lot like anonymous sex, without the disease. It is a fun, if passionless activity.

My online multiplayer experience can largely be described as a series of one game stands that start in a particularly down and out bar otherwise known as a game lobby. I don't know the names of my opponents and I never see them again. We hardly taunt each other, and when we shoot each other in the face it's with the animosity you expect from a hibernating slug. I read great stories about how old friends connect again over online games and I can relate to this to a degree. I play an exceptionally civil game of WoW with friends from a previous job. We catch up on workplace gossip and make clever jibes at one another that inspire mild amusement. It's kind of like a tea party and about as boring. Online multiplayer has made me realize that only the fear of immediate physical assault, verbal abuse or public humiliation from people sitting next to me can make multiplayer gaming truly enjoyable. Let's not forget the loss of quarters either(Winning at Street Fighter was about fame and arcade glory, but it was also about playing all night long on one quarter if you were good).

There's no doubt that online multiplayer will be the dominant way we play together. Still, there's a reason that when competitive gaming is televised, the camera shows the competitors' faces - we want to see their expressions. Seeing your frenemy blow up in frustration when you beat him for the 10th time in a row is an experience everyone deserves. Just as giving your friend a high five, straight of an 80's cop show, after playing through Metal Slug is a profoundly beautiful moment. Online multiplayer won't give you these thrills. So get out of the match making lobby, call a friend and start threatening each other in the flesh. It will result in some of the best gaming of your life.