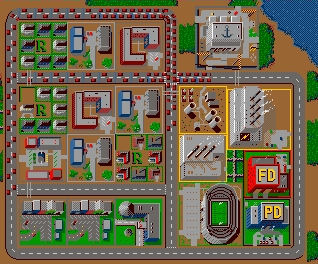 It would be like if there was only one kind song and one instrument in the world: Banjo. Musicians only play banjo, and people only listen to banjo. Then Will Wright comes along with a piano and people ask him what he calls this new thing. So he tells them, "Music." Pretty soon more instruments came along. Harp, guitar, trombone. And then, rather than use this new general-purpose word, they go around arguing about whether or not trombones and harps are valid banjos.

The problem wasn't that Will Wright's game was different, the problem was that everyone else had too narrow a definition for "videogame".

You could say that a game is any software that you find fun or entertaining. But then you find your definition includes all sorts of things that clearly aren't games. I enjoy coding, but that doesn't mean Microsoft Visual Studio is a game. My daughters love drawing anime characters, but Paint Tool Sai isn't a game. Perhaps we want to say that anything designed to be fun or deliver entertainment is a game. But aren't screensavers designed to be fun, or amusing, or something like that? I mean, the most effective screensaver is the simple blank screen, so anything more fancy than this is obviously there to amuse the user on some level. And if delivering entertainment makes something a game, then every Kindle reader is a game. That can't be right.

Instead of worrying about mechanics, story, input systems, or end-game conditions, or even fun, we can sort out the videogames from the non-videogames by asking ourselves, "Is this something you can play?"

"Play" is a broad enough term to include lots of things. It means surviving as long as possible in a game with an explicit lose state. It means getting to the end credits in a game with an explicit win state. But play also means probing new systems and discovering how they behave in response to your input. What happens if I build an incomplete rollercoaster? What if I take away all the trash cans in my Sims house? What if I set fire to these Minecraft trees? You don't win or lose when you answer these questions, but you are still playing. Play can also include exploring a game world to get an emotional response.

Using the definition of "A videogame is software which can be played," we quickly spot a videogame without needing to haggle over oddballs like Proteus or The Stanley Parable. Screensavers are not videogames, even if they're designed to amuse. MS Paint isn't a videogame, even if you find it fun. A Kindle isn't a game, even if it delivers entertainment. Using Games for Windows Live - while about as challenging as Dark Souls - is not a game.

In turn, this means that Proteus, Dear Esther, and even the "notgame" Loneliness are all videogames, because they're all things you can play. You might not find them fun, but they're still games. Odd, goofy, and unexpected, but still games.

Shamus Young is a programmer and a novelist, and he's determined to never be too old for toys.

No Right Answer: TV Show That Should Be A Videogame Firefilm 52 Comments
Comments on