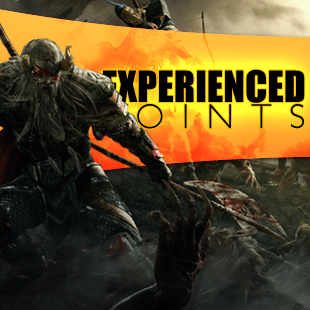 Somewhere in one of the many game-dev hubs around the world, a little drama unfolds...

Have you seen how much freaking money World of Warcraft makes? Based on subscriber counts, in one month they must pull in as much as we get for a single installment for our "Age of Dragon Sword" franchise. And those things take two years to develop! This is nuts! Why can't we make Age of Dragon Sword into an MMO? If we could bring in even half of what WoW does we'll never have to worry about money again.

Get some developers in here and let's talk about making an MMO!

Of course we can make our single-player franchise into an MMO. All we have to do is add some multiplayer, make the gameplay more grind-y, and come up with some solid end-game content. Our games are loved by millions. We can handle this.

We're going to be rich!

It takes a ton of infrastructure to support the kind of traffic you see in an MMO. We need tech to distribute that processing and network traffic over a reliable server farm, and we've never built anything like that before.

We've got some of the best, brightest people in the industry working for us. They can figure this out. I believe in our team and besides if this works out we'll make a lot of damn money so get back to work.

This MMO thing is taking an awfully long time to make. It's costing us far more than we anticipated. Everyone is getting kind of nervous. We need more zones, more quests, more characters, more monsters, more content. We're really struggling to make this happen. It turns out that making large-scale multiplayer games is completely different from the stuff we've been working on for the last decade.

Look, we'll just throw all our creative people at the problem. We'll pull people off our other single-player titles to work on Age of Dragon Sword Online. We'll hire an army of kids fresh out of gamedev college and work them until they burn out or quit in disgust.

Rumor is that WoW subscriptions are down, and the mighty MMO is slowly losing people. They're even offering a lot of their content as free-to-play. If they can't maintain a base of paying customers, what chance do we have?

Ignore that. Everything is fine. Those people that quit WoW? They're sitting at home right now, doing nothing. They're bored of WoW, just waiting for our game to come along. At launch, those people will be lining up to give us $60 up front and $10 a month forever after. Did I say $10? I mean $15!

We've announced the game is in development and released a few "sneak peek" videos of Age of Dragon Sword Online. And for some reason people are not thrilled. The trailers aren't going viral, people aren't lining up to preorder it, and the only time we make the news is when some self-important game journalist sneers that our game "looks like another WoW clone". Some of our fans are even offended. They just wanted another single player game and don't understand how Dragon Sword could be massively multiplayer without losing all the things that made it great.

Everything will be fine once those monthly subscriptions start rolling in. In the meantime, maybe we need to cut back on the size of our server farm. Maybe the game will be a hit and maybe it won't, but servers are expensive and if they get overloaded it just makes it look like we're "too successful". Maybe cut a little of the game budget and put the cash into marketing. If we can get a big enough launch, we can add the cut content later once the money is coming in.

We've been revising our expectations downward for the last two years, and we still failed to meet them. Preorders have been low, and the people that did buy the game seem to quit after a couple of weeks. Newcomers are already complaining the starting area looks kind of empty, and everyone else has already hit the level cap and is complaining about the lack of end-game content.

Everything is fine! Tell people we are currently "the fastest-growing MMO". Mention how our MMO has out-sold the last installment of Age of Dragon Sword.

Players are leaving in droves. Lots of people bought the game, but nobody's playing past the first month. We're not making any subscription money. We spent more on this game than we ever imagined, and our last-minute panic marketing blitz only made things worse. Not only are we making far less than we hoped, we're actually still losing money due to our ongoing development, maintenance, and server expenses.

Slash the retail price of the game! Enact a refer-a-friend program. Give people free XP! Give existing players a free month! Free weekends! Anything! Just get people to log in.

None of that worked. Nobody's playing the game. The Dragon Sword brand is tarnished now and our fans hate us.

Stop development of end-game content. Go free-to-play. We'll see if we can make back a little bit of the fortune we pissed away. Fire most of the team and cancel the next Age of Dragon Sword.

Somewhere across town, another publisher is looking at the amazing WoW numbers. He does the math and realizes that if he could even get half that...

We're going to be rich!

Shamus Young is the guy behind Twenty Sided, DM of the Rings, Spoiler Warning, and he thinks Elder Scrolls Online looks like another WoW clone.