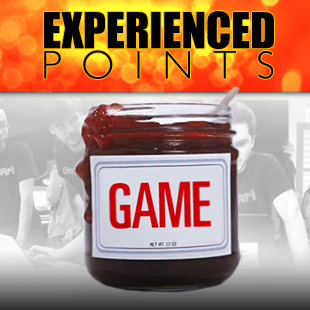 It's not often, but sometimes a disaster results in a happy ending. Or if not "happy" then at least "satisfactory". We very nearly had a nasty, messy, brutally ugly controversy on our hands that would have brought a lot of bad press and bad blood to the hobby in general, and to a small group of indies in particular. Instead we got this much smaller controversy and a little sliver of justice.

GAME_JAM was originally envisioned as a pretty standard game jam. A small group of indies would come together, make some games, and show off the fruits of their efforts. These events don't usually produce shipping products, but they do create interesting and conversation-worthy experiments and give the audience a chance to see how indie development works. But in this case the event was a victim of its own success. Corporate sponsors came in, the budget shot up, and the whole thing was given a new focus. Instead of "Let's make video games, and see if it results in something people want to watch" it became, "Let's make a reality show about people who make video games."

Note that everything I have to say here is based on the lengthy write-up How The Most Expensive Game Jam In History Crashed And Burned In A Single Day by journalist Jared Rosen and "GAME_JAM" and the Power of Integrity by Robin Arnott, one of the indies who participated. To my knowledge, the sponsors, backers, and organizers of GAME_JAM have yet to speak up in defense of the event, and I'm not exactly holding my breath.

But first let me put my cards on the table: I HATE the manufactured drama of faux-reality television. By "faux-reality," I'm talking about stuff like Survivor, Real Housewives, and everything MTV has ever done in the genre. This is different from actual reality shows like Mythbusters. In the latter the goal is to attempt X and see what happens, and in the former the goal is to use X to generate a bunch of interpersonal drama. In Mythbusters the entertainment the is the project. In the other shows, the entertainment is the drama, gossip, infighting, and sniping between the participants.

Understand that there is very little reality in reality television. The handheld camera and subject matter give it a look and feel of a documentary, but that's not the goal. Here is how it works:

1) Get a bunch of people together of varying dispositions and personalities, and group them in such a way as to maximize friction. Stick the Johnny Knoxville type person with the Martha Stewart type person. Pair a alpha male brogamer with a feminist. A foul-mouthed snarker with a stuffy academic. A rural outdoorsy type with a bubbly metropolitan. Ideally, pick a young cast. Young people are more likely to blurt things out without thinking and their emotions are a little closer to the surface.

2) Put the group in a stressful situation, ideally one that puts them out of sorts: Fatigue, hunger, tiredness, public scrutiny. Get their stress levels up as high as possible while at the same time creating artificial friction between them.

3) Follow everyone one around with multiple cameras for hours at a time. Record everything. When the event is over, interview each person and ask them leading, confusing, and irritating questions to find out who they don't like, who they're pissed off at, and who they resent. (And of course only show their response to the audience, not the questions themselves.)

4) Take the hundreds of hours of resulting footage and find the 40 minutes with the strongest emotional impact. Maybe Bob was a stalwart and selfless member of the team for 95% of the time, but if we've got a few minutes of footage where he loses his cool and says something nasty to someone else, that's going in the show. The part where he apologized later? That isn't. Not unless it fits the narrative we're trying to build as we cut the footage to create heroes and villains. Have you ever watched an episode of a reality show where they play the same clip several times? Think about that. They had days of footage, and yet they couldn't fill a single hour of television without reusing stuff.

Basically, the whole thing is disgusting. It creates real strife, gossip, and misery and then processes it into fake stories under the pretense of showing you "reality". Sorry if you're a fan of this sort of television, but I needed to make my position clear before I talked about GAME_JAM.