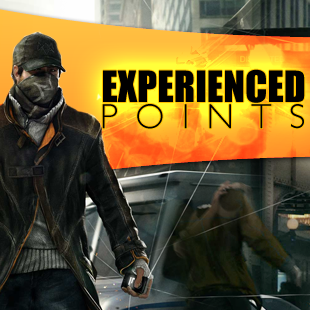 Were we too hard on Ubisoft last week? I know I was pretty harsh on the company, based on a single comment made by one developer during a live interview. Maybe that's unfair. If you stuck me in front of a group of people asking rapid-fire questions for an hour I'd probably say my first Very Dumb Thing somewhere around the minute and a half mark.

Then again, Ubisoft did have time to give a prepared answer to the recent Watch_Dogs graphics controversy, and its response was even more infuriating and unreasonable than what they had to say about playable female characters.

The short version is that they originally showed off the game at E3 last year using glorious graphics that got everyone excited for the next-gen games. Then later the game showed up looking very much like a contemporary of Grand Theft Auto IV, with all of the magical graphical effects removed. Maybe you care about graphics, maybe you don't, but it's pretty easy to understand why the public wasn't happy about this. I'm sure Microsoft and Sony weren't happy either. We're in this awkward situation where everyone wants the next-gen to happen, but nobody can really make the case for why we need to spend hundreds of dollars to buy new hardware to play games that don't seem to look or play any different than what we've already got in front of us. To look at it the other way: If Watch_Dogs had maintained that same visual quality, then Ubisoft would have been shoving their screenshots in our face and Microsoft and Sony would have been using the game to show off their hardware. We haven't had our "So THIS is next-gen!" moment yet, and we all know the big players would really like to make that happen as soon as possible.

None of this was a big deal until a couple of weeks ago when PC gamers found a bunch of settings that let them re-enable all those amazing visuals. Suddenly it felt like the consoles weren't just failing to deliver the next-gen graphics, they were actually holding it back simply by existing. That's not completely fair, but it's an understandable reaction from a public that's a little frustrated by how much the future looks like the past. And of course platform snobs of all stripes were happy to jump in and say ugly things to each other, because this is the internet and I guess we just have to do that.

(And before we go any further: Do not argue with me over whether this is a "mod" or a "hack" or whatever. I do not care what terminology you use and I find hair-splitting discussions over what makes something a mod to be a poor way to spend everyone's time. Ubisoft called it a mod, so we'll go with that.)

The dev team is completely dedicated to getting the most out of each platform, [...]

Everything about your statement is very obviously the opposite of the truth. The modded / hacked / upgraded game is running fine on some PCs, so you're not dedicated to getting the most out of each platform. You're dedicated to getting the most out of the PS4 and Xbox One. And I'm fine with that. It's a simple business decision. The PC is the smallest part of the market and you're not obligated to go out of your way to make the PC version look any better than the other versions.

I'm not mad you didn't make a special PC version, I'm mad you claimed you're willing to do so when you obviously aren't.

Moving on to the second half of the first sentence:

[...]so the notion that we would actively downgrade quality is contrary to everything we've set out to achieve. We test and optimize our games for each platform on which they're released, striving for the best possible quality.

Except, that's what you did. You clearly and obviously did that. You showed off a version at E3, then you put a version up for sale that looked a lot worse. This is the price you pay for showing off unfinished products based on unfinished technologies. Live by the hype, die by the hype.

But I completely understand how this happens. It's hard developing for a new platform. The tools are new and your coders don't yet have a good feel for where the bottlenecks are. In a couple of years we'll have a game that looks like the Watch_Dogs E3 demo. In terms of graphics, Skyrim is way ahead of Oblivion, even though both games were built by the same company for the same console generation.