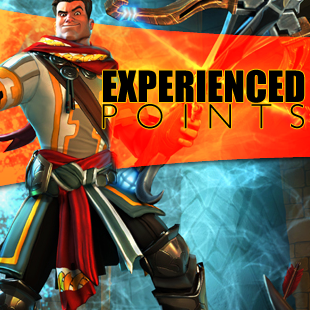 "There's probably something good about the toxic players showing up and sticking with your game," said Jerome K. Jones, designer of Orcs Must Die: Unchained. "The good thing is probably that it's a good game. It's holding their interest, it's keeping them around. It's making them passionate enough to give a damn."

Jones said this in the context of an interview with Polygon. And to be fair, developer Robot entertainment quickly issued a statement afterwards that made it clear they weren't actually welcoming the trolls with open arms, "[...] toxic players that worsen the experience for the Orcs Must Die! Unchained community absolutely will not be tolerated." You can read the full text here. It's a firm and definitive statement against abusive players and I'm glad the company jumped in quickly to clear this up.

I don't want to heap more shame on Jones. I'm pretty sure his statements were made in the context of a spoken interview and in any case they were quickly reversed by his employer. Lots of other people have already taken their jabs at him and I'm reluctant to be harsh when we're talking about off-the-cuff comments. (This is in stark contrast to the Ubisoft stuff from a couple of weeks ago, where a developer said something that angered people and the company said nothing and changed nothing. If Robot Entertainment had a history of encouraging abusive players and they didn't contradict Jones in public, then I'd be happy to give them the same treatment I gave Ubisoft.)

But regardless of what Jones was trying to say, I think this is worth talking about because this isn't the only time I've heard this sentiment. A lot of people really do think that toxic players are just a fact of life, and even go so far as to give them credit for "supporting" a community. You can see it at work when people offer up the "That's just the internet" excuse for why people are so ghastly to each other online. As if this was just something we should expect.

This attitude is just as harmful and toxic as the players it attempts to defend. It presents cruelty and ugliness as if they were something we need. It suggests we should tolerate a problem rather than look for ways to fix it. This makes games less fun to play, gives the hobby a bad reputation, and may even increase the total number of toxic people out there.

There is this idea that vile, abusive, or mean players are a mixed blessing. That their problem is that they just love the game "too much", and that's why they're so mean. But this isn't how it works at all. There are a lot of reasons people are abusive in games: Bad home life, pain in their lives, lack of discipline, defective personality, and immaturity. None of it has anything to do with their skill or how they feel about the game and everything to do with their inability to play nice with others.

Bobby Fischer was an American chess prodigy, grandmaster, and the eleventh World Chess Champion. He's considered by some to be the greatest player to have ever lived. He was also difficult, temperamental, a bad loser, taken to accusing others of cheating, and a rampaging anti-semite. He spouted hate, quit matches, and placed unreasonable demands on others as to when he would play and how the games would be decided. He was reclusive later in life, and when he did make public appearances it was usually to say shocking and hateful things about jews.

Garry Kasparov is a former World Chess Champion. He is also considered to be the greatest chess player of all time. (Presumably by a different group of people.) He's widely regarded as a gentleman, with an eager smile and a polite demeanor. He regularly travels the world, visiting schools and chess clubs, encouraging young people and passing on his intense love for the game.