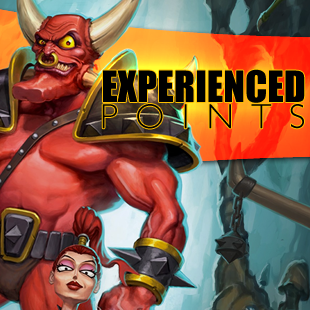 A few months ago I made the case that Electronic Arts is a horribly run company. Not just for the fans, but also the investors. There seems to be this attitude among gamers that the investors must be happy with the EA leadership because the company isn't losing money. But investors aren't going to be happy with you just because you haven't gone out of business in the same way that your parents aren't going to be happy with your schoolwork just because you haven't flunked out yet. Mere survival isn't good enough. You're expected to reach your full potential. The recent controversy over the Dungeon Keeper reboot is a perfect example of EA's failure to use their assets properly and instead turning gold into disappointment.

The background paragraph: The original Dungeon Keeper was released in 1997 and went on to become a classic. It was a mildly subversive strategy game where you played the part of the villain, building a massive sprawling dungeon to fend off the waves of heroes that invaded your realm. It had a kind of city-building / management vibe, but I've also thought the dungeon layout bore a striking resemblance to to what would later become the tower defense genre. The game got a sequel in 1999, and then went dark with the absorption and dismantling of developer Bullfrog by Electronic Arts. Fans have been clamoring for a sequel for years, and in December of 2013 EA released Dungeon Keeper mobile, a free-to-wait disaster that outraged fans of the classic and failed to offer anything to engage newcomers. A few months later one of the developers dismissed the resulting fan outrage, saying that people were "playing it wrong". (And ignoring the fact that plenty of other mobile games managed to make a profit without creating so much backlash.)

Disclosure: I haven't played the game personally. I'm going by the videos, screenshots, and detailed descriptions of the game provided by my colleagues. The critical appraisal of this game is pretty universal and I think it's reasonable to accept their description of the ordeal without needing to go through it myself, but I just want to make it clear that my analysis is based on the reports of people I trust and not first-hand experience. Okay? Great.

This brings us to last week, when a few people began looking at some of the things EA Mobile head Frank Gibeau had said at E3. He had a lot to say, and nearly all of it was mind-boggling to me, filled with things so divorced from reality that I couldn't tell if he was out of touch or deliberately misrepresenting events. I'd need to go over it a line at a time to really do it justice, but for the sake of keeping this focused I want to stick to just one thing he said in response to the Dungeon Keeper Mobile controversy:

Brands ultimately have a certain amount of permission that you can make changes to, and I think we might have innovated too much or tried some different things that people just weren't ready for.

This isn't even an apology. It's barely an admission of a mistake. There's nothing about this statement that could possibly mollify the fans. In fact, it's almost perfectly engineered to enrage them further. But I don't think he had his customers in mind when he said this. His statements were made to GamesIndustry International at E3 last month, and I have to think they were tailored more for business partners and investors than for consumers.