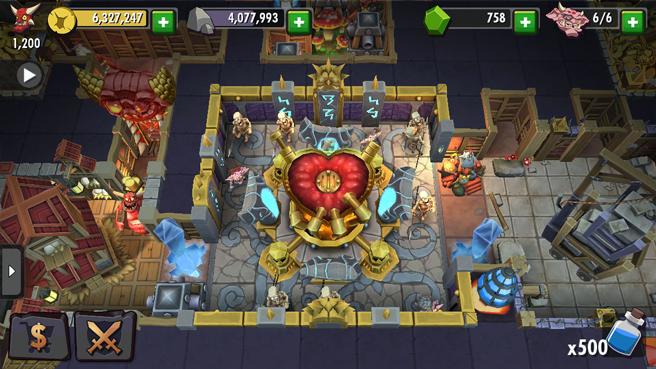 This isn't just insider gaming news for those who were looking forward to a proper Dungeon Keeper reboot. This also counts as financial news for people trying to appraise how EA is doing. Sure, the story ran here on the Escapist, but it also ran at Forbes. There are plenty of people who don't game who have a stake in making sure EA does more than just stay in business. A lot of those people are not impressed, and Dungeon Keeper Mobile is a perfect example of how bad the company is at using their resources. It's not just one mistake or one bad call, but a systemic failure from start to finish:

Failure to understand their market

The original Dungeon Keeper was a late 90's PC exclusive. It was a game you played for hours at a stretch, which focused on planning and strategy, with a dash of player creativity thrown in. This is completely at odds with the focus and intent of mobile freemium market. It's not that you can't make a good freemium game from Dungeon Keeper, it's that it doesn't make any sense to attempt to do so.

It's like getting the rights to make a sequel to Blade Runner and using it to make an indie-styled rom-com about disaffected post-college millennials living in suburban Ohio, looking for love and careers while searching for meaning in a world of infinitely prolonged adolescence. (Starring Michael Cera.) The new movie has nothing to offer fans of the original, and the name Blade Runner has no power over this new market they're chasing. There's no synergy here. This makes no business sense. You can't "build" on the Dungeon Keeper name if you're starting over with a new audience, on a new platform, featuring completely different gameplay, tone, rhythm, art style, and interface. Even if Dungeon Keeper Mobile was a great game, the Dungeon Keeper name was still useless here and all it can do is cause confusion. (Which it did.)

This is obvious to anyone who played the original. You don't need to be an industry insider to understand this.

Failure to understand the basic principles of game design

Let's set aside the ridiculous pricing scheme of Dungeon Keeper Mobile and focus on the gameplay. What is the core engagement? Assuming you had a version that was completely free to play without needing to put in any money at all, what goals and feedback loops would entice the player to take another turn? What decisions are they making? What systems are they exploring? There's nothing here. 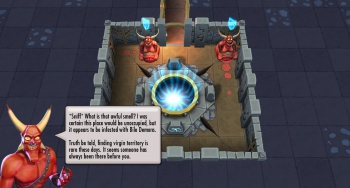 You don't need to be a professional game designer to see this. Literally any amount of playtesting would have revealed that the game lacked engagement. Even starry-eyed 20-something indies making simple games for Steam or mobiles understand the basics of identifying a core engagement and doing basic playtesting.

Let's pretend that Dungeon Keeper Mobile had interesting gameplay. (Or any gameplay.) How would the player discover it? The standard model is to allow the player to explore the game freely for some length of time. First you let them have some fun and get invested in the game, then you begin harassing them for cash to allow them to keep playing. But DKM begins before you're out of the tutorial. You don't even know what the game is yet, much less if you'll like it or not. This isn't a slow buildup, luring players in gradually before they realize how much the game is going to cost them long-term. This is putting a pay wall in front of the game itself, giving the player a powerful incentive to close the game right away and look at one of the thousands of other games that offer more and ask less.

Again, this should not be a surprise to anyone with a passing familiarity with mobile games. This is lesson one of "how to make freemium mobile games".