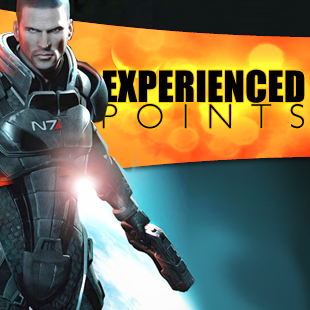 People have asked me: Why is the Mass Effect series - and particularly the ending of the third game - still such a sore topic with people? The game came out over two years ago, but you can rekindle the discussion anytime you want by just making an opinionated tweet or article. (I'd be surprised if it didn't happen here, but keep in mind I'm trying to explain why people are still talking about this. I am not here to nitpick the hell out of the ending again. Please no.) Time has not healed these wounds and people are still debating it. Some people thought it was broken. Some people thought it was spectacular. And all this time later they still want to talk about it. It's still a sore spot. A toothache. A splinter in the foot of gaming culture.

So why? Why is this still important to people and why do we keep coming back to it? Why is this argument so frustrating? Let's dismiss a couple of explanations that get thrown around a lot:

We've had bad endings before, and they never generated the kind of fervor we see here. BioShock, Knights of the Old Republic II, and Half-Life 2 are all titles were people manage to love the game in spite of a disappointing ending. In the case of KOTOR II, you have an ending that's not even finished or coherent. Yet it still makes "best of" lists, and the people who love the game often readily acknowledge the problems with the ending.

It's not because "nothing could have satisfied fans".

We've seen plenty of overhyped properties fail in the face of public expectations. But hype doesn't guarantee backlash. Based on the ecstatic squeals of joy I was hearing, I went into Octodad: Dadliest Catch expecting the funniest game since Portal 2. When I actually got my hands on it, I thought the game was kind of dull and annoying - far more fun to watch than to play. But I didn't turn around and denounce the series as a personal betrayal and spend the next two months insisting that everyone else understand the depths of my disappointment.

Yes, raised expectations can lead to disappointment. But it doesn't explain what happened here.

I think the real reason we can't stop gnawing on this bone is because we've got a bunch of different groups of people talking past each other. Check it out: