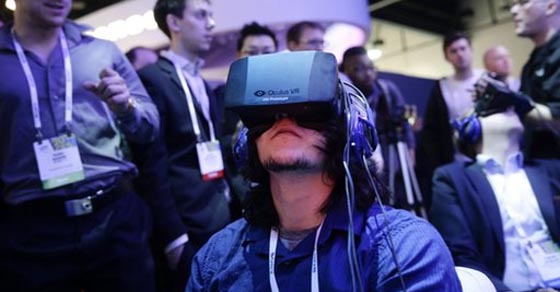 If the Rift takes off, then the graphics race is officially on again. I've really enjoyed the last five years or so where I didn't have to worry too much about video cards. My son's mid-range computer has integrated graphics (that is: no dedicated graphics graphics card) that can run Skyrim with most of the visuals turned up. I have a mid-range graphics card from two years ago and I'm able to run most games with the visuals maxed out. It's been glorious to simply run games without trying to puzzle out the ghastly and baffling naming conventions that NVIDIA and AMD have created. (Seriously. They should be ashamed. But that's another column.) And I loved not having to pay enough money for a game console just to get the graphics processor needed to run PC games.

But the days of buying cheap cards and using them for years are over if you're looking to get into VR. The Rift needs power. Lots of power. A 1920x1080 screen updating at 60fps is fine for traditional gaming. That's the standard we've come to expect these days, anyway. But that's the absolute bare minimum in VR. Stuff that looks detailed and smooth on a screen looks ugly, jagged, and laggy once the same image is strapped to your eyeballs. My graphics card struggles with everything but the most primitive Rift demos. In anything visually complex I need to move my head very slowly to avoid sickness.

The last thing I'll note is that developers have no idea what to do about interfaces. If you make a game with a Minecraft-style menu (large, friendly buttons stacked up in the middle of the screen) then in VR it feels like you're trying to read a roadside billboard from just a couple of meters away. Sometimes they use the mouse, but that's odd because often the pointer gets lost outside of your field of view. Sometimes they use your head position to select things, but that feels fiddly because your neck doesn't have nearly the dexterity and precision of your fingertips.

Somewhat paradoxically, it seems like the best games for VR are vehicle simulations. Driving and flying various craft feels great. It's fun to be able to look around the cockpit, which can also serve as a reassuring frame of reference so you don't get motion sickness. However, vehicle simulations tend to have dense and complex interfaces, and those are very bad in VR. Some of the simulations currently available on the Rift (like Euro Truck Simulator 2) feel great once you get into the vehicle, but their interface-heavy design makes the game itself unplayable. We need a new breed of minimalist vehicle games that focus on accessibility and motion rather than exhaustive simulation. 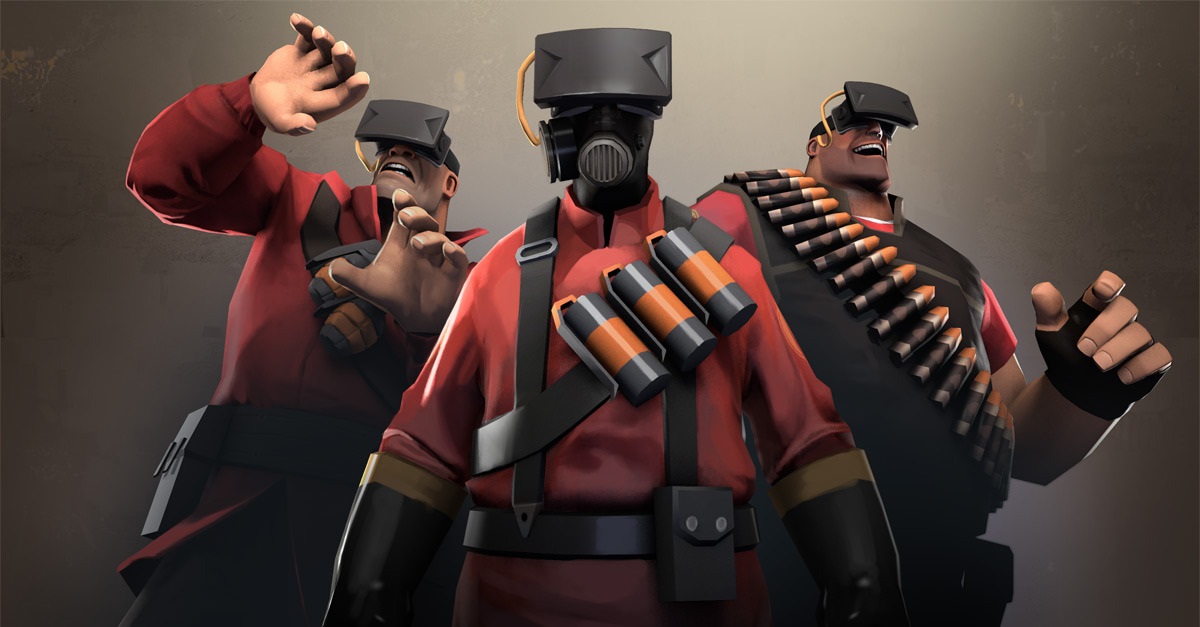 Yes, VR sickness is a real thing. People call it "motion sickness," but I've had motion sickness before and this feels like something new. I got massively sick playing the VR version of Half-Life 2, and it really was unpleasant and quite different from motion sickness. The effect also lingers even after you take the headset off.

VR sickness is the most worrying problem, because I'm not sure the buying public can handle the risk. Can our litigation-obsessed culture of infantile warning labels handle a product capable of making you sick for real? All we need is one idiot to get in an accident after using VR and we'll have a circus of hyperbolic news about the DANGERS OF THE NEW THING. Remember how some people freaked out because sometimes players would get hit in the face with a WiiMote? I can't even guess how they will react to VR, where a bad experience can leave you feeling ill for an hour, and where everyone's first experience is different and unpredictable. We're used to ignoring warning labels because they're everywhere and they're idiotic. Do not put scissors in mouth. Do not lick these electrical contacts. Do not jam this object in your eye and wiggle it around. But with VR you really do need to read the warnings. And statistically, we know everyone won't. I'm not anxious to see the result of that.

I hope VR sickness doesn't create any problems for those of us who understand and accept the risks. VR really is something new and exciting. Here is the best endorsement I can give it: It's expensive, it takes time to set up, and it made me sick once, but I'm still enamored of it and I'm going to run some more demos as soon as I'm done with this column. It's what we're always looking for in a game: A new experience. The Oculus Rift is the ultimate new experience.