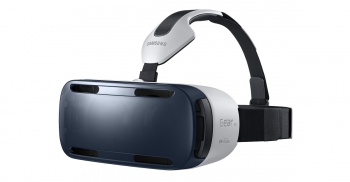 Some people say it's just like motion sickness, but I imagine it's a little different for everyone. I've had both, and I think they're different, but I struggle to explain how. VR sickness felt like a new kind of discomfort. It agitated a part of my brain that I didn't know existed. You know the disorientation and shock after you hit your head? I'm not talking about the pain itself, but that sort of momentary interruption of thought where you seem to be both confused and yet acutely aware of your surroundings. That feeling? There's not a word for that sensation, but VR sickness feels kind of like a longer, milder version of that.

What can you do about VR sickness?

This warning was given to me by a friend, and then again in the Oculus Rift manual, and AGAIN in the health and safety warning that pops up when you begin using the device: If you start to feel sick, take the headset off. I ignored this advice when playing Half-Life 2, which is why I got so sick. If you find yourself thinking, "Ohh, I'm feeling a little wobbly. I might need to quit soon," then it means it's time to quit now.

If you are playing some kind of game or demo where you need to turn with a controller (perhaps you need to look directly behind you but you can't freely spin in your seat) then you can protect yourself from bad sensations by closing your eyes first. Just shut your eyes, move the mouse (or whatever) and open your eyes again. It's disorienting instead of sickening.

This is anecdotal, but I found a great treatment for VR sickness was to generate a lot of non-visual sensory input: Running my hands under warm water, splashing cold water on my face, or aiming a fan at my face. Anything that created a lot of sensation without me needing to move around would remove all of the discomfort of VR sickness as long as I was experiencing it. I don't know if that will work for anyone else, but it's worth investigating.

The risk is reduced from repeated exposure. The first time I tried the Oculus, it was a little disorienting, and then disorienting again when I took the headset off. But after a few trips through VR land it feels much more natural. After a couple of days with it, I could take the headset on and off with no ill effects and VR sickness became fleeting instead of lingering.

VR sickness sounds serious. Is VR too sickness-inducing to catch on?

Remember that in the early days of 3D graphics, people really didn't know how to make the best use of it. Their first impulse was to just slap 3D visuals onto 2D games: 3D Tetris. 3D Pac-Man. First-person Asteroids. 3D Sonic. Some of these worked better than others, but on the whole it was kind of awkward and the 3D games weren't as pleasing as their 2D counterparts. This didn't mean that 3D was bad, it meant that we needed new gameplay to go with the new technology.

This is to say: When VR happens, we won't be using it to play first-person shooters. These early demos are pretty rough, and a lot of them don't follow the known best practices. Others (like Half-Life 2) are 3D content retrofitted for VR, which is fine for experimenting but a bad idea for the future.

VR is neat. You should try it. But not yet. Give developers some time to hammer out some better gameplay, and then jump in if you're interested.