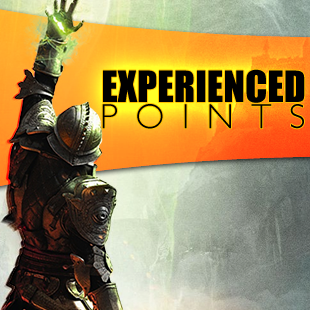 You might remember that this column used to cover DRM stories a lot. I eventually stopped writing about it because nothing new was happening: Publishers were making the same mistakes again and again, and there are only so many ways I can discuss it before my thesaurus runs out of synonyms for "dumb". But recently there's been a new twist in the war between the publishers and the pirates. Ironically, it was a brief success on the publisher's part that showed just how much of a waste of time the whole thing is.

This time around the story is about the Denuvo anti-tamper system. People are calling it "Denuvo DRM", but that's kind of misleading. By itself, Denuvo doesn't do anything to prevent people from copying your game. It simply prevents them from reading or altering your executable. (When you run a game, the "executable" is the thing that runs.) Basically, it's a shield to protect your DRM.

Story time: Right around the turn of the century, I was working for a technology company that tried a system that worked this way. It was probably very primitive compared to Denuvo, but it had the same general idea of scrambling the exe to prevent tampering. We weren't trying to keep people from pirating our software (which was free) but just trying to stop them from altering the game in order to cheat against other players. There was a software company that promised us they could scramble our executable to make it "impossible" for people to hack it. They offered us our money back if the system was broken. (And keep in mind, this was enterprise-level software. We're not talking about a hundred dollars here.) I think it lasted a week before the kids cracked it wide open and modified versions of the game were floating around again.

The problem is that it's impossible to scramble an executable in such a way that it can be run, but not tampered with. That's like me trying to give you a book that you can read but can't see. It makes no sense. I've said before, it's impossible to make unbeatable self-contained DRM. (By "self-contained", I mean you don't have to log in to play. It's possible to make a game un-crackable by saving all the gameplay to a server. But that's a totally different set of problems.)

But while you can't make something impossible to crack, you can make it really annoying, time-consuming, and difficult to do so. And that's what Denuvo did. It survived for months. It was first used in FIFA 15, and then in Dragon Age: Inquisition. It was finally (reportedly) broken last week. Note that I'm going by forum posts here. I don't crawl around in pirate sites and I don't follow the community closely, so this information could easily be out-of-date by the time this article goes live.

Ironically, the fact that Denuvo did so well gives us proof that DRM is useless. There's always been that excuse, "Well if we could just make a system good enough it would solve all our piracy problems." Here we had a system that was - as far as anyone could tell - good enough to stop pirates for months. And the result? Not much. Nothing changed.

I know I'm always accusing publishers of being run by people who are unqualified to run technology companies, and it's because of stuff like this. In particular, Ubisoft and EA feel like companies that need to send their executive team to some kind of remedial information technology class. (Contrast this with, say, Activision. I really hate how they run their company, but Kotick's team seems to be technologically literate.)