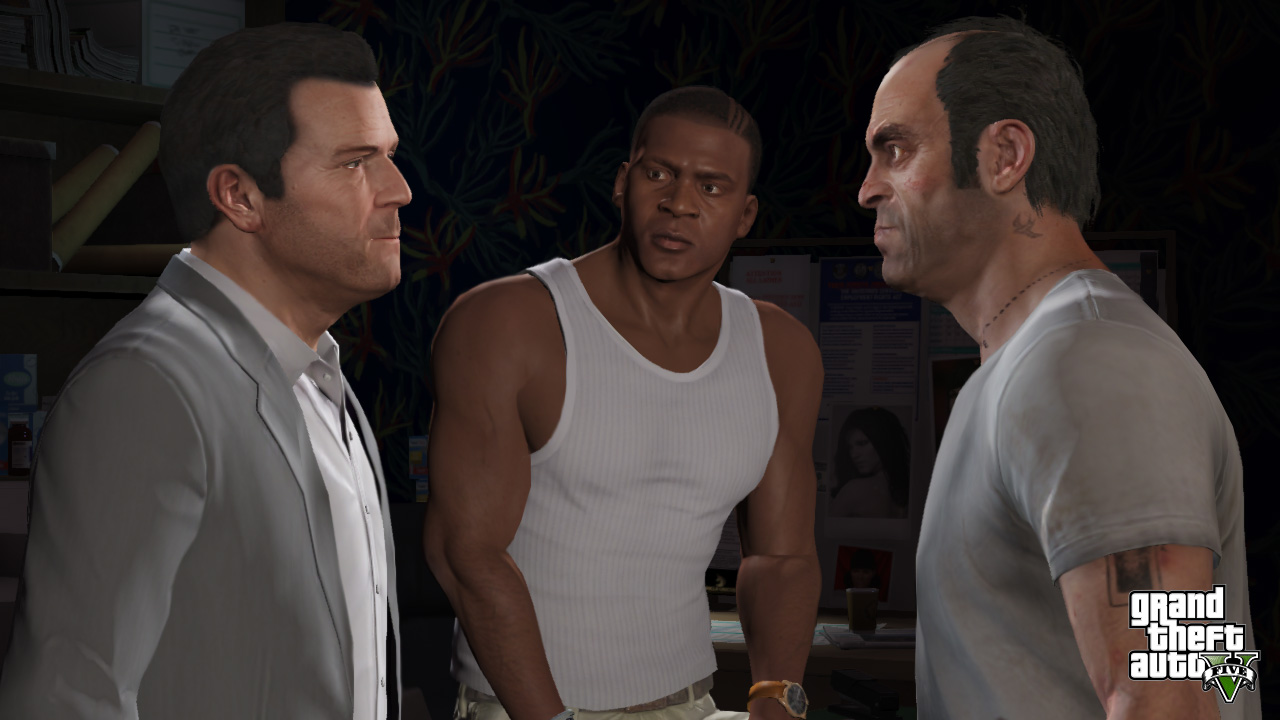 While all of that is going on, mission updates are appearing at the bottom of the screen telling you what your next task is. Also, other characters are shouting at you and you have to listen because sometimes their jabbering contains information that you need.

So you're trying to drive, aim, listen, and read two different streams of text in two different areas of the screen, all while trying to perform a complex new action that requires you to press three buttons and aim with both thumbsticks simultaneously, all while you're dealing with a timed threat that results in mission failure. This isn't just a flawed tutorial, this is hilariously amateurish. This is stupid, lazy game design. This is the mistake of a new developer with little budget and no oversight. It's unthinkable that this clumsy and incompetent approach to teaching the player basic mechanics is part of one of the most lavishly produced games in history. It's like having one of the Hobbit movies where a scene is out of focus, the audio cuts out, and the boom operator ends up in the final shot. There is no excuse for not getting this right.

If you're a huge GTA fan and play all the releases for an extended period of time, then you might not notice this stuff. You already know how to play the game and you don't need these silly tutorials. But if you're like me and you only play the game for a couple of weeks every few years (and play hundreds of other games in between) then the shortcomings are really glaring. This boat-chase is a bit of a callback to a similar mission in 2004's Grand Theft Auto: San Andreas. But in that game the chase was the final mission, not part of the tutorial. This is a level of complexity completely inappropriate for the opening of the game, even if the rest of the tutorial wasn't such a mess.

Note that I'm not against the game being "hard" and I'm not saying they need to suck all the challenge out of the game. It's one thing to fail at a game because you didn't perform the gameplay properly. It's another to fail because you have no idea what you're supposed to be doing and the game hasn't yet explained the controls.

It's not like people complain when opening tutorials are too easy. Given the extreme length of these games, there's plenty of room to ramp up the challenge later once the player has the basics. And the story-heavy focus of these games is directly at odds with the needless "gotcha" repetition these sloppy tutorials cause. Repetition is the enemy of both comedy and drama. Hearing the same dialog repeated is a mood-killer no matter what the characters are saying.

Shamus Young has been writing programs for over 30 years, from the early days of BASIC programming in the 80's to writing graphics and tech prototypes today. Have a question about games programming for Shamus? Ask him! Email [email protected]