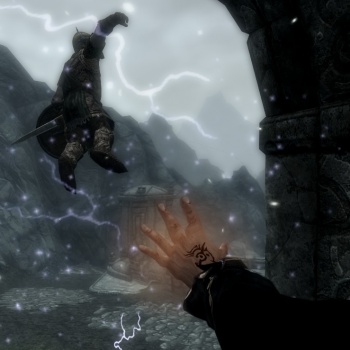 But once money is involved, everything changes. I now have an incentive to find other mods, make some trivial change to them, pass them off as my own, and charge slightly less than the original authors.

One of my favorite mods is a collection of different armors to add variety to the game. Most of these armors were stand-alone mods, but someone gathered them all together into one pack to make things easier on people like me. What happens if the original mods are free but someone charges for the collection? What happens if the people who made the armors charge for them, but I repackage them and give the collection away for free? No matter how it goes, this will have a chilling effect on how mods are made. Either collections will be discouraged and using mods will be a pain in the ass for the end user, or collections will continue and cause endless debates and controversies as we try to figure out what rights modders have over their content.

It's even more complex than it sounds, because mods are often strung into dependency chains. My armor collection requires you to have an interface mod in order to use it. And the interface mod requires another scripting mod. So if the scripting mod changes, it might break my armor mod. What if you've already paid me for my mod and I don't feel like fixing it? As it stands, that's too bad. The incentive is for me to keep releasing new mods and not support old mods, because the old mods are probably done making me money.

You can fix all of this by replacing the "paid mods" idea with a simple built-in direct "donate" button. Let the modder give his PayPal details and link the mod to that. Minecraft mods have been doing this kind of thing for years.

Let me click a button and give whatever I like to the mod author. If I'm paying because I like them and not just to get access to the mod, then I'm more likely to check and make sure my money is going to whoever is most deserving. Bethesda won't have any right to take a cut, so the mod authors can make more. Donate buttons will make authors more responsive to public goodwill and feedback, encouraging them to provide support and updates. And if I was a mod author, I'd rather have 90% of optional donations than 25% of mandatory fees. The gaming community can be amazingly generous when you provide them with content. I make a huge portion of my income from fans directly and it's the best job I've ever had. The content is free to all and I still get to eat. I'm generous with my content and people are generous with their donations and everyone wins. 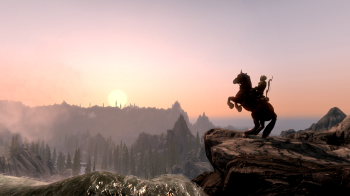 Making payments optional would make it so that a single pay mod can't break a dependency chain. It will reduce the incentive to steal and take credit for the work of other people. It will make it so that minors without credit cards can still enjoy mods. And it will make it so that Bethesda isn't taking money from the people who debug their dodgy software. (Right now Valve is talking about adding a donate button, but it's more a variable payment than a straight PayPal tip jar. It still goes through the Steam store, which would mean Valve and Bethesda would still take their exorbitant cut. We'll see how it pans out.)

Note that in the system Valve is proposing, you can't cash out until you've netted $400. (This is according to my friend who is currently going through the process of trying to put up a mod for sale.) That would mean you'd need to sell 1,600 copies of your mod at $1 each before you can see your first penny. Since many mods are small and obscure, it means only a handful of mods ever have a chance of making any real money, and these two giant corporations will keep the leftovers.

Valve and Bethesda should be ashamed of themselves. Under the pretense of "modders should be paid for their work", they're setting up a paywall where they collect an appalling 75% of the revenue. If they actually want to support modders, they wouldn't be taking such a big chunk of it. They're punishing the community that's keeping this game fresh and relevant and creating a nightmare of drama and arguments over ownership. This system is a loser. It punishes modders, adds hassle for mod users, and will make nothing but a small trickle of income for Valve and Bethesda.

The Elder Scrolls mod community has thrived for over a decade without their "help". I'm all in favor of creative people getting paid for quality work, but this system won't accomplish that.