This week's tidbits are questions from readers. Neither is long enough to occupy an entire installment on its own, but both are really good questions that I wanted to answer.

As gamer yourself, how do you manage (if at all) your children's gaming time? I'm very curious about your opinion (and practice) on this. In most families I have seen even though they rarely forbid it, the parents frown upon playing video games. Usually it isn't considered something that can be done for its own sake, but something which must be restricted, controlled, and a privilege which must be earned. Probably you have a different stance on this, so how do you handle this issue? 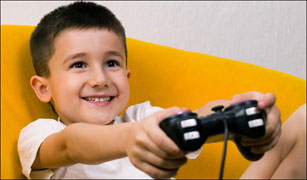 I am reminded of the Penny Arcade joke were Gabe encounters a couple of smug parents who brag that they limit their kid to forty-five minutes of "screen time" per day. It's a joke, but it's also very real in the sense that real parents really do this to their real children in the real world. I run into these people all the time. It boggles the mind.

It's like a depression-era parent that limits their kid's access to "electricity". They see this new thing as rare or unnatural, and so they want the kids to be able to cope without it. So they end up training their kids to live in a world that no longer exists instead of preparing them for the one they're going to inhabit.

I'm an adult and I can play videogames 24/7. But after a couple of hours I get my fill of gaming and get back to work. It's actually the same thing for my kids. They wrap up a gaming session and go back to working on their projects without me forcing them to do anything. Are my kids just superhumanly responsible? As much as I'd like to think my kids are special, I kind of doubt it. I suspect a lot of kids would self-regulate their gaming time just fine if they didn't feel like they had to fight for every minute and haggle with mom and dad for access to the machine. Scarcity breeds hoarding.

Yes, once in a while a kid might go on a three-day binge. (Especially when a new Animal Crossing comes out.) But so do I. As long as their work gets done and they aren't leaving messes for everyone else, they can have as much videogame as they want. I'm not saying parents will never need to step in if something gets out of hand. There will always be edge cases, but I don't think it makes sense to ration access to videogames any more than it would make sense to ration access to playgrounds, or crayons.

So, we're in the midst of the Spring of what is turning out to be a very good year for gaming (especially considering how bad last year was) and it's got me thinking about how Summer is usually parched for game releases, good or otherwise. Specifically, if there's one of these droughts every year almost without fail, why don't game review outlets use them for anything? Everyone does an end-of-year review during the holiday glut when they KNOW they won't be able to cover everything coming out, but they often just fill the summer with jokes about how nobody has anything to do. What are your thoughts on why the drought exists and why nobody has thought of anything useful to do in the middle of it? 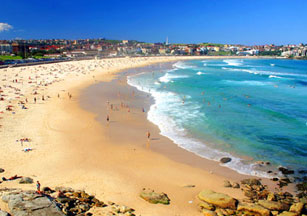 I talked about this problem back in 2009, and I don't think anything has changed since then. Multiple blockbusters fight over December and nobody wants their game to come out in August.

I don't know how most gaming sites schedule or plan their content. (Not even the Escapist.) But it's a safe bet that the answer to "Why don't gaming sites publish more X?" is usually, "Because nobody would read it." If sites didn't need to make money I imagine they would be much more driven by individual passions. We'd probably see more coverage of older games, indie games, and experimental games. So while I agree that the habit of stacking a majority of all tentpole releases into one month is crazy, allow me to slightly defend the status quo.

I used to have Google Analytics on my site, and every year I'd see the same pattern: Readership would drop off a cliff in June and wouldn't recover until September. I'd update the site just as often in the summer, but people didn't seem inclined to read it. Young adults would come home from college to their parent's crappy computer and crappier home internet access and would be less interested in spending time on the internet. But even adults - who are probably accessing the internet "during their coffee break" at work - would spend less time on the site. Everyone spends less time with videogames in the summer.

So the question of, "Why don't sites put out more content in the summer?" is probably linked to the fact that people are less interested in reading about games in the summer. And they don't read because they're not playing. They're not playing because there aren't many new games. There aren't new games because publishers don't release stuff in summer. They don't release in summer because people aren't buying as many games. It's a downward cycle, and a big part of it is driven by the weather.

I suppose this sounds strange if you're living somewhere like Southern California where it's nice year-round. But for those of us living in the land of snow and rain, understand that those brief days of sunshine and growing things are precious, and we don't want to miss out.

That said, I think indies are helping to smooth out this cycle of feast and famine. They seem to release games when they're done instead of aiming for Christmas. I use summer to catch up on Christmas leftovers and check out indies.