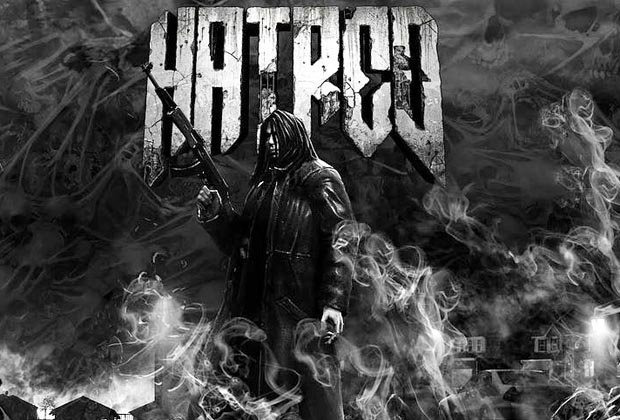 Hatred is an upcoming game where your goal is to slaughter as many innocent people as you can before turning the gun on yourself. It's dark and it's violent and it's extremely graphic. The game was even pulled from Steam, then restored shortly after. Some people hate it, some people love it, and there are at least half a dozen different debates going on about its content, tone, purpose, and right to exist.

Which means we're having yet another conversation about video game violence. It's something of a breakthrough for the medium that this time around the conversation is less about "Ban this sick filth!" and more a questioning what the violence is for and what the cultural context is. It's less saying this game shouldn't exist and more asking why it does. It's less reactionary and more artistically critical. This is progress.

One of the main arguments over the game is centered around the question of, "How is Hatred any different than Grand Theft Auto? Or Postal? Or any other game where you can slaughter people indiscriminately?" To answer that question, I want to talk about Nerf Guns.

My mother never let me have toy guns as a kid. I really disagreed with this. My friends all had squirt guns and cap guns (Nerf guns weren't really a thing yet in the 70's) and they weren't any more inclined towards violence than I was. So when I became a parent I let my kids have whatever toys they wanted, as long as they didn't use them to hurt people. My son took a liking to Nerf weapons, and now he has quite an arsenal in his room. For a long time, he just shot at targets. We never made a rule that he couldn't shoot people, but he kind of sensed it wasn't a nice thing to do. So he'd set up some cans in his room, shoot them down, and then go back to playing Minecraft. 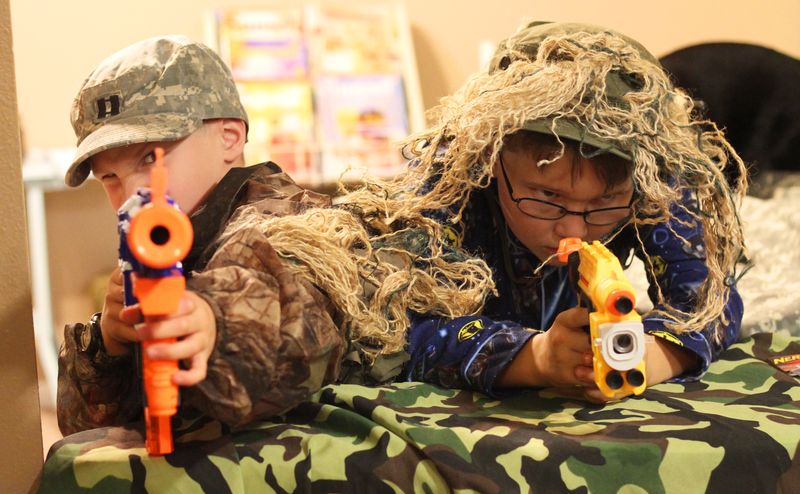 Then one Christmas he got an automatic Nerf gun and he quickly discovered that it was really unsatisfying to knock down plastic targets when you're shooting two high-speed Nerf bullets a second. It offered very little challenge and made a big mess. It was actually the least satisfying weapon, simply because of how powerful it was.

So he was standing there in the living room holding this giant orange cannon, trying to explain this dilemma with the halting uncertainty of an 11-year-old when he said, "I feel like I kind of want to shoot somebody with this."

I got what he was saying. Now, I could have been a dork and said, "Go ahead and shoot me." He would, and I'd stand there like a dummy, and the bullets would bounce off, and it would be underwhelming for everyone.

So instead I said to him in a taunting playground voice, "TOO BAD, BECAUSE YOU SUCK AND YOU'D NEVER BE ABLE TO HIT ANYONE, YOU LOSER!" I'm one of those annoying gentle hippie dads who never insults his kids, so my son knew I wasn't serious. He understood what I was doing: I wasn't just giving him permission to shoot me, I was daring him to shoot me and giving him an incentive to do so. Hitting a moving target is fun, but hitting a moving target that's taunting you so that it shuts up is even better. This began a tradition that whenever I saw him wandering around with his gun, I'd taunt him until he ran me down and pelted me with bullets. Good times.

And this is a big part of why video game violence can feel good. Our foes often work as metaphorical punching bags for the annoyances and terrors of life. I'd never want to hurt (much less kill) other drivers, but traffic jams are still annoying and it feels good to "solve" one in GTA using a grenade launcher. The various thugs in Batman are designed to embody the worst sort of brutish cruel simpleton not because snapping ribs and dislocating shoulders is a good way of dispensing justice, but because it gives the player a way to (symbolically) punch crime itself in the face.