I am not the first person to notice that "romance" and "adventure" are two story flavors that naturally compliment one another. A pure romance story with no adventure can be kind of dull and talky. An adventure with no romance can feel sort of emotionally empty. But by blending the two, both ideas get the extra punch that gives them mass appeal. The pressures of the adventure can shove our oil-and-water leads together, giving us lots of character-revealing conflict and meet cute banter. Later the adventure can tear them apart again just as their romance blooms, in order to maximize the sexual / romantic tension.

You can see these forces at work in classics like The African Queen. You can see how the idea solidified into a genre in films like Romancing the Stone. Today the "action romantic comedy" is a staple of Hollywood releases. Now the studios cynically design films by mixing guy-friendly action with female-friendly romance to create ideal date-night releases. You can argue that Hollywood is perhaps too simplistic in their assumptions about what men and women want, but you can't argue with the mountains of cash they make with this thinking. 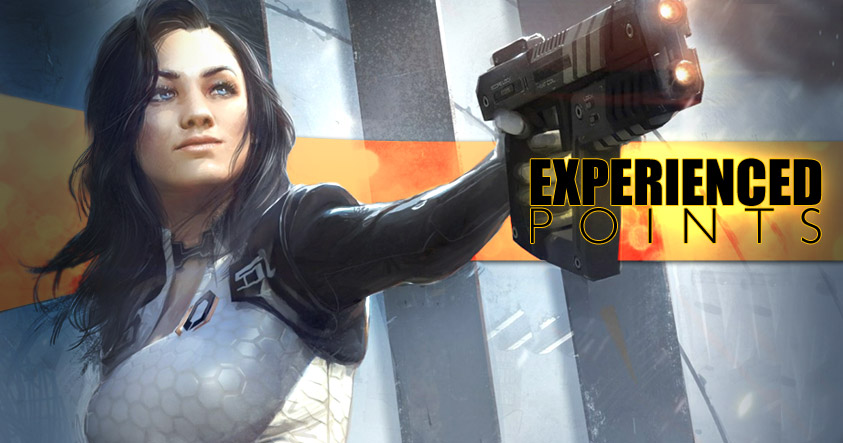 I'm sure BioWare was thinking of exactly this sort of synergy when they designed their character romances. You can look at the romances in Knights of the Old Republic (2003) and see the Han / Leia influences in their execution. The romances flowed with - and emerged from - the events of the story. They unify the overall story arcs with the individual character arcs to give a more potent emotional payoff. Were they written broadly? Yes. Were they filled with cliches? Sure. But one of the appeals of adventure romance is how they can take a cliche plot between broadly written characters and sell it anyway. As long as the leads are likable, the audience will cheer for them, even if they can feel the story ticking through the clockwork motions of the classic three-act story structure.

On top of these romance plots, KOTOR also had "friendships". These were pretty shallow compared to the romances. They never impacted the main story and they never advanced when you were out on a mission. To advance the friendship with one of your friends, you just had to visit them between missions. They would then tell you a bit of their backstory. The writing in these parts was excellent, but they were all flavor and no plot.

At some point between KOTOR and now, the romance angle became unmoored from the plot. The romances became disconnected and eventually isolated from the world in which they took place. Instead of joining with the main plot to form a cohesive whole, they became these optional little side-stories, like the friendships.

I don't think this change was deliberate. I doubt the BioWare writer ever sat down and said, "You know what our games need? More scattered and unrelated elements!" Instead, this is a result of an aspect of the story being promoted to a feature on the back of the box. The same thing happened with choice: Something that once arose naturally from the needs of the story grew into something was was imposed on the story for the sake of gameplay and a feature list.

In Star Wars, the romance of Han and Leia was woven into the story. The main plot didn't pause to give the two of them time to flirt, but instead their relationship was one of the driving forces in the plot. Sometimes they were forced together, other times they were torn apart. Sometimes they bickered and sometimes they aaaaaalomost kissed. But whatever they were doing, their relationship was relevant to everything else that was going on. If you wanted to match Leia up with (say) Lando or pair Han up with (say) Mon Mothma, then it would either require a major re-write to properly integrate those stories, or you'd have to leave the plot the same and the romances would became an extraneous distration from the story. And if you wanted the viewer to choose which romance they saw? Then you'd have no choice but to cut the romance plot out and leave it as a parallel but unconnected series of events.