I'm sure you've heard that there's a lot of it in AAA game development these days. Games cost a ridiculous amount of money to make, and low sales can lose you a fortune and put you out of business. This industry is in this strange spot where videogames as a whole are constantly growing in popularity, while at the same time becoming less reliably profitable. The industry has been desperately trying different techniques to blunt or manage this escalating risk. Some ideas are good, some are bad, and some are just stupid. But Square Enix has crossed a line with how they're handling the new Hitman game, due out later this year.

You can't really point to any specific point in history to where it all started to go wrong. It was a slow, evolutionary process. You could argue it began in the early 2000's when developers were sucked up by mega-publishers, but you can also make the case that it really got started in the 90's when the mega-publishers began to take shape. 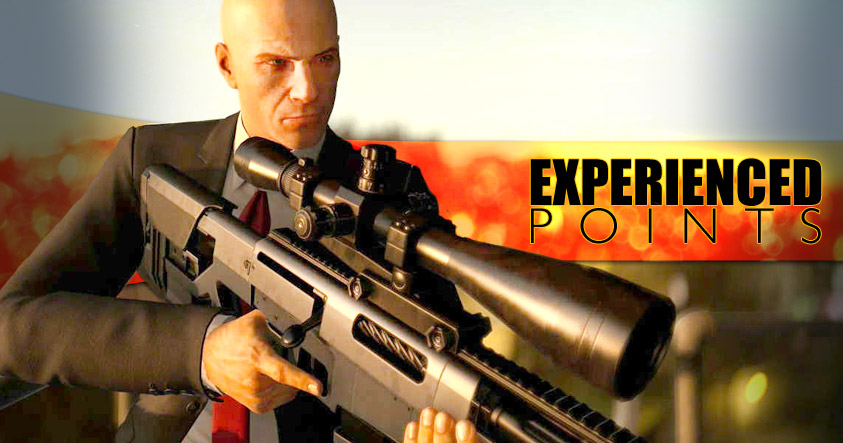 Regardless of where you want to draw the line, at some point developers realized they couldn't remain independent if they wanted to stay in business. As games grew more complex, they took more money to produce. These rising budgets made their sales targets higher, which made them harder to hit. In the early days you could maybe get away with making a couple of bad (or just poorly received) games in a row before the company fell. But at some point in the late 90's (again, the dates are very blurry here and vary from one studio to the next) it got to the point where you simply couldn't afford to make a non-hit. A single lackluster game might leave you with so little money you wouldn't be able to complete the next game. At this point you could either shut down or sell your studio to a major publishing house.

And this made sense, at the time. A publisher could leverage their successes and absorb a few failures. While your game might flop this year, presumably some of the other games they published would be a hit. That money could be spread around to keep the losers afloat. Maybe in two years you'll have the hit that bails out everyone else. As long as the industry as a whole is growing, there should be enough money to keep everyone in business and survive the occasional round of bad luck. With this system, developers could afford to take some chances with their designs.

That was the thinking, anyway. In practice it became some kind of screwed-up Darwinist feudalism. Once the publisher owns your company, they also own your IP. If you release a bad game they might fire you anyway. Instead of letting you take risks, they can just insist you make the same game you made last time, except now with whatever fad features (crafting system, quicktime events, multiplayer, social media integration ) they think performs well with consumers. And if anything goes wrong they can fire the studio talent and give the IP to another team. The publisher can just keep shoving the blame downhill. 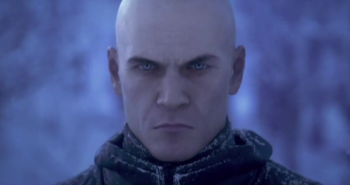 And before you jump to the comments and decry this terrible trend of "corporate greed", let me just remind you that Greed is Not the Problem. Marvel Studios is churning out movies and making billions doing it, and nobody is complaining about it. The problem with the publishers isn't their greed, but the fact that they're run by non-gamers who don't understand the medium and don't have the vision to do anything besides chase trends.

So game development is still risky. But before we talk about Square Enix and Hitman, let's look at the other ways the industry is trying to manage risk.

On the indie side, people are dealing with this by going the Kickstarter route, which lets the developer share the risk with the consumer instead of a publisher. If the game is canceled, the gamer loses the money they put in. (Although I'm a big proponent of the idea that failed Kickstarter games could soften the blow by releasing their art and coding assets to the public as an act of good faith to show that yes, they tried. And maybe the fans can rescue the project and see it through. It's not likely, but there's no harm in trying.) But if the project is a success then the backers have the advantage of getting the game for cheap, plus any backer rewards. The developers get the safety of having money to live on while the Kickstarter cash lasts. It's not a perfect system, but it's clearly making it possible to develop games that publishers aren't interested in.

In the mid-range market we have episodic games. The developer commits to making a given number of episodes of a game, which can be purchased individually. If development is canceled, the public will still have the episodes they paid for. Sure, you only got half a game, but you only paid for half a game. Sometimes there's a "season pass" where you can buy all of the episodes up front, but notice how that's usually cheaper. You might end up paying almost-full price for half a game, but if the project is completed you'll have gotten all the content at a discount. The developer is effectively rewarding you for taking on the extra risk.