Everyone hears the tems "memory", "processor", "storage" and "graphics card", and they understand that these are somehow parts of a computer, but not everyone has a grasp on what these parts mean and what they do. Nerds tend to get insufferably smug about this. "Psh. My dad got a popup saying his hard drive was full and asked if he needed to buy more memory. What a dummy!"

But the awful thing about computer hardware is that this knowledge isn't usually taught in schools as part of the general curriculum. (I'm sure this varies by region, but I've never met anyone who has taken some kind of mandatory computer literacy class. I imagine this will change in the coming years. But maybe not. We all drive cars but only a fraction of us can open the hood and say what's what.) 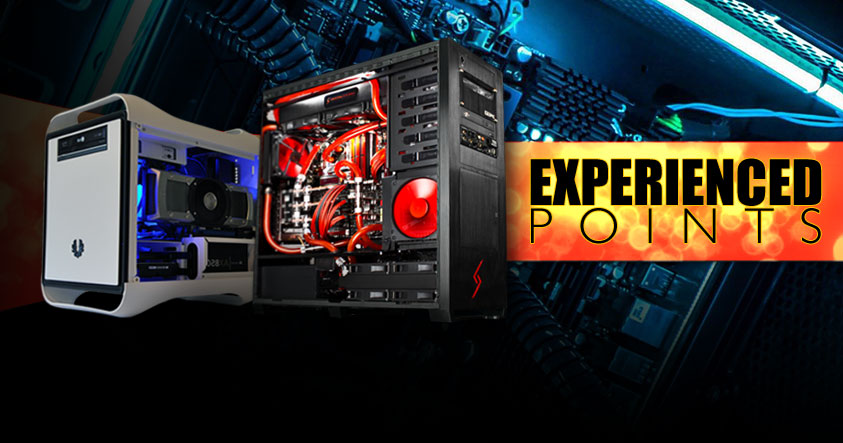 A small number of people study this stuff on purpose because they enjoy it, but everyone else just sort of muddles through by absorbing it from the people around them. It's folk knowledge. And the thing about this sort of knowledge is that it can be kind of patchy. Maybe you grew up in a circle of friends and relatives who didn't talk about it. Maybe you grew up with someone that took care of your technology for you without explaining how it works. Maybe you just didn't care then, but now you're curious.

In response to last week's column, someone sent in this question:

I don't think I ever really understood why the graphics card in a computer was the limiting factor that needed to be replaced - as far as I'm aware, other statistics such as having lower processor speed or memory would result in a slower game, not in a game that wouldn't function at all. Would you be able to expand on that in one of your columns?

Daniel is right: There are lots of systems in the computer, and depending on the game any one of them can be the reason it runs slowly, or not at all. So I'm going to use his question as an excuse to talk about this folk knowledge. Everything here applies to both consoles and PCs, but I'm going to describe things in terms of PCs because that's easier.

First, a primer. Skip this if you know what's what inside a computer case.

Your hard drive is the thing that holds all of your games. When you install a game, you're putting it on the hard drive. The hard drive is storage media, like VCR tapes, DVDs, or music disks. It does its job even when the power is off. Your CD doesn't go blank if you turn off the CD player, and your hard drive doesn't go blank if you turn off the computer. Having a bigger hard drive lets you have more games installed at once, but it generally doesn't help beyond that. It won't make the framerate better, or the graphics nicer, and generally doesn't make load times shorter.

I think everyone has a good idea of what the CPU is. It does all of the non-graphics processing. Network, AI, user input, sounds, game logic, and a hundred other things are done on the CPU.

However, the CPU can't use stuff directly from the hard drive. In order to run a game, it must be loaded into memory. Repeat after me: The hard drive is not memory. There. Now you will avoid making the single most embarrassing gaffe regarding computer technology.

The time it takes to launch your game? That's the game being read from the hard drive into memory. Memory, unlike hard drives, goes blank when the power is off. Also, memory is (roughly speaking) a thousand times smaller than your hard drive but a million times faster.

Generally speaking, you can't fit an entire AAA game into memory at once. And even if you could, nobody would want to launch the game and then wait five or ten minutes to begin playing, which is what would happen if you wanted to load the whole game at once. No, usually only part of the game is loaded into memory. As you play, it will need to read in different bits of the game from the hard drive, based on where you are. This is what loading screens are. The next block of the game is being pulled from the hard drive into memory.

The final part of the PC or console that we're worried about here is the GPU - the Graphics Processing Unit. Or more informally, the "graphics card". Making computer graphics requires a ton of intense and specialized kind of processing. the GPU is designed specifically to turn the data in the game into the pixels on the screen.

So those are the four main parts of a gaming machine. A proper computer needs more parts than that (a lot more parts) but these are the ones we usually worry about when someone asks the question, "Why doesn't this game run?"

I apologize for the above explanation. I know to 90% of you, this all seems obvious. But I know there are always a few people who never picked this up. If I can save just a couple of people from the confusion and embarrassment of not knowing this stuff, it was worth it.