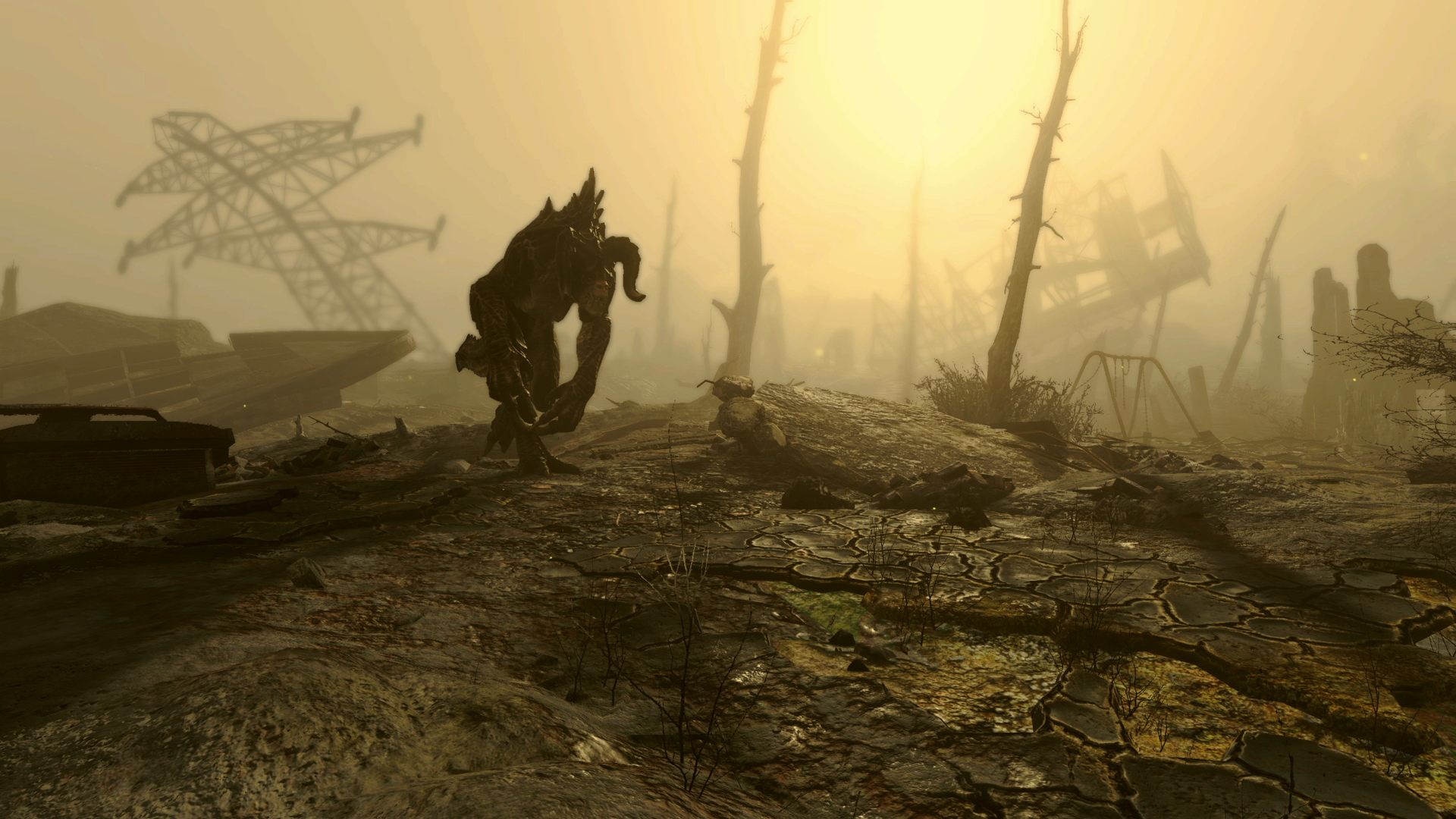 Skyrim was really frustrating when it would offer a dialog selection menu over and over again in a long conversation, and the menu usually only had one choice. At one point you get into a conversation with (spoiler) the ancient dragon Paarthurnax. I thought his lore-dump was amazingly interesting, and I'd been looking forward to it for the last couple of hours of gameplay. So it was maddening when my only dialog option was something to the effect of, "I don't care about this boring history stuff. Just tell me who to kill."

Bethesda seems to have listened to fan complaints, while at the same time missing the point. We didn't like having only one option, so now they're giving us four options... that all do the same dumb thing.

Here's an example from the game, stripped of spoilers:

At one point in the main quest you track down a mercenary who has done some Really Bad Stuff. You blow away his mooks and make it to his lair. Then at the final room he calls to you, "Okay, you win. Let's talk." He's basically inviting you to lower your weapons and walk into the open to be surrounded by him and his guards. 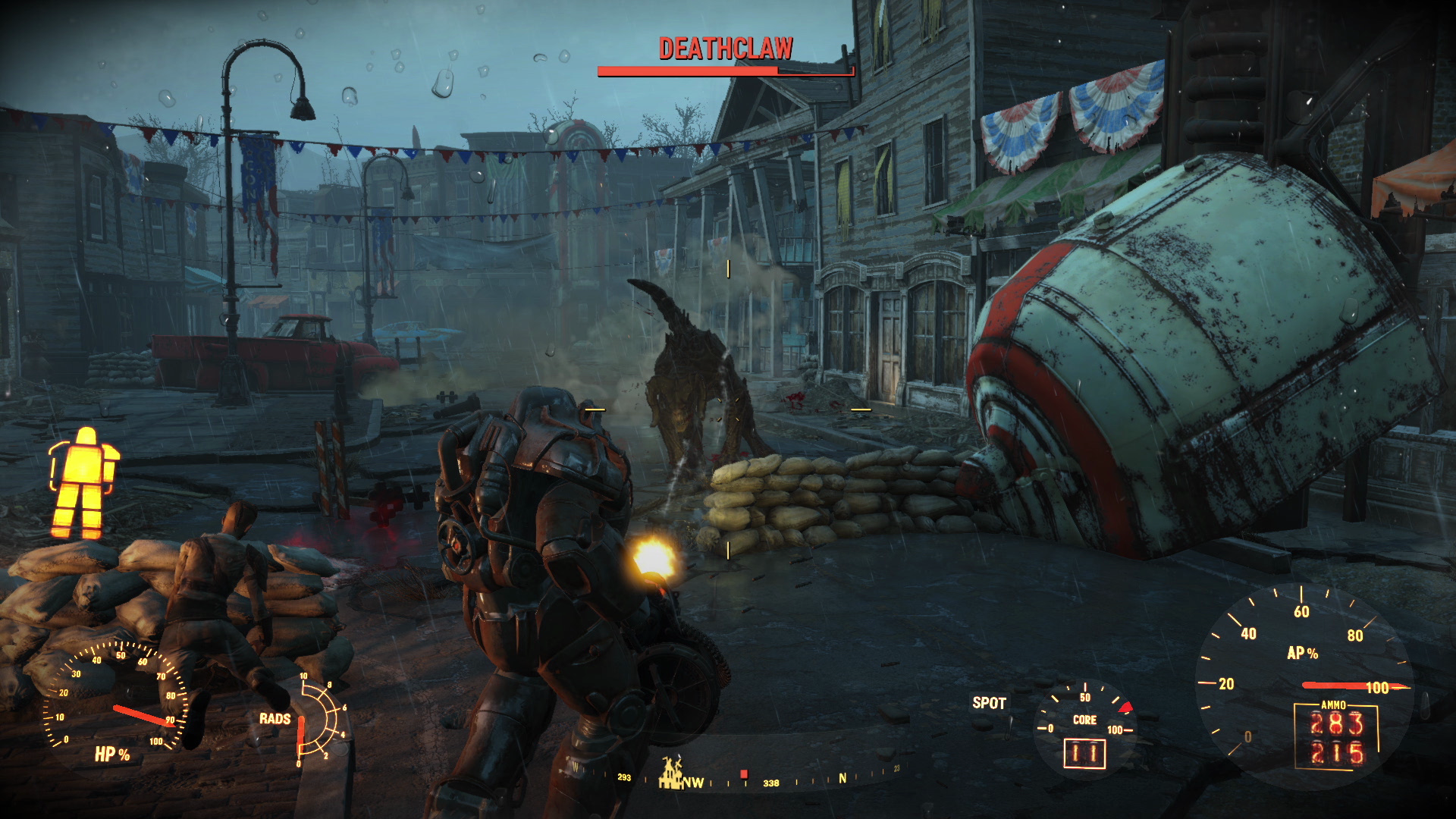 Now, this offer is so face-smashingly stupid that nobody would actually do it, and he'd have to be the biggest fool in the world to even ask. If this was some kind of realistic world and the two of you really needed to talk, you could shout at each other through an open doorway without either one of you exposing yourselves to an ambush. Or you could counter his offer with, "No, how about YOU come out HERE!" Or you could agree to enter the room only if everyone threw their weapons on the floor. Whatever. It's possible for two people to talk without one of them implicitly surrendering to the other.

But this is a video game and we understand that the dialog wheel can't properly depict a complex standoff like this. The game designer is implicitly making a contract with the player: "Yes. This seems like a dumb move, but that's only because this is how the conversation system works. I'm not going to use the limitations of the dialog wheel to ambush you." The game designer then violates the crap out of that contract after just a few lines of dialog. Not only does this dialog inevitable end in combat, but your character is the one that stupidly starts the fight. The other guy is willing to make peace, but your dialog wheel will only allow you to announce your intention to murder him. So your character will:

1) Stupidly leave cover and allow themselves to be surrounded.
2) Refuse to make peace or offer the player any real choice whatsoever.
3) Give up their initiative by announcing ahead of time that they plan to attack.

Not only does the dialog wheel not offer you any choice, but it traps you into doing the most stupid thing possible.

Maybe I wanted to let this guy live? Maybe I wanted to pump him for information, pretend to leave peacefully, and then ambush him once he lets his guard down? To be fair, you don't have to go into the room with him. You can just chuck grenades into the room if you want to skip the ambush talk. That helps, but it doesn't fix the problem that the writer won't allow you to converse with this guy sensibly. It also means that smooth-talking charisma-based characters - the ones least able to survive being surrounded like this - are going to be the ones most harshly punished for trying to resolve this in dialog.

The writer has taken away my freedom to roleplay as I choose, they've failed to create an established character that I can relate to, and then to twist the knife they oblige me to roleplay as the stupidest person in the entire wasteland. On top of it all, this was a really expensive way of doing things, since Bethesda had to hire two actors to read all these lines. And as icing on this cake of failure, making the protagonist voiced makes it that much more difficult for modders to add new content, since they can't very well add new lines for your character to say.

This compromise is the worst of all worlds. Everyone loses. I can only hope this isn't their plan for all games going forward.