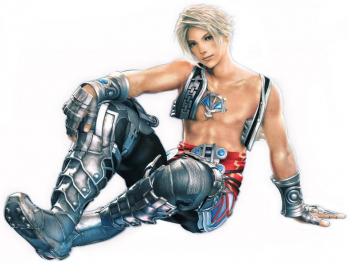 Boys who could pass as girls out to save the world from evil are so common in games we've started to take such an oddity for granted. In Japan, they call it Bishonen, which more or less translates to "pretty boy." If not for the seven-foot long sword in his hand, the average Bishonen would hardly look the part of savior. But these pretty boys are just that - heroes destined to save the world (and sometimes even get the girl).

Many would like their heroes to be manly men, gruff and rugged, spitting out curse words as fast as their guns spit out bullets. But the Bishonen has his place alongside the Master Chiefs and random Doom marines of the gaming world. In fact, Bishonen make for better heroes than your average stubble-cheeked muscleman. When the apocalypse comes, I'm looking to Boy George to save our asses.

Vaan is a street urchin, trapped in the life of the underprivileged in Final Fantasy XII. He sneaks into the Rabanastre palace because he needs some cash to fund his hairspray addiction. Who's going to keep a street rat up to date on the latest fashions? No one. That's why he has to be proactive. Some beefy hero pampered by the military doesn't know struggle like a broke fashionista.

Far to the left of macho even for a Final Fantasy character, Vaan has all the makings of the unlikely hero. One look at him - scrawny, pretty, whiny, unskilled - and you know it's highly unlikely he could save anyone. But it's that supposed weakness that makes his rise to unparalleled swordsman of Dalmasca so powerful. It's not a prince or a soldier or a mercenary who wins the day, but a pauper. A metrosexual everyman. That's the ultimate fantasy. 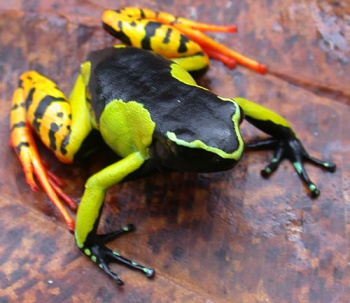 Snake, Does this Sword Make Me Look Fat?

Snake knows nothing of looking fierce. His idea of fancy attire is a cardboard box. He's dirty, speaks with a frog in his throat, and does his best to appear like a capable man's man. Raiden, on the other hand, is an angel decked in the latest in cyber-fashion. But Raiden is highly capable, perhaps moreso than Snake. With sword and martial expertise, he's seemingly unstoppable. Forget stealth - Raiden will take you on face-to-face if need be just so you can see how fab he looks.

If Raiden looked like Snake or Big Boss or any other Metal Gear character, he'd be quickly lost in the shuffle. That Raiden has alabaster skin and a lady's grin serves to help him stand out. Like a mantella frog, his beauty is a signal to predators that he's dangerous. Hell, even I might think about chomping down on Snake were I still practicing cannibalism. But Raiden? Not a chance. It's that extravagance, merged with swift use of his katana, which signals he's one you should leave alone. He's poison. Pretty poison. 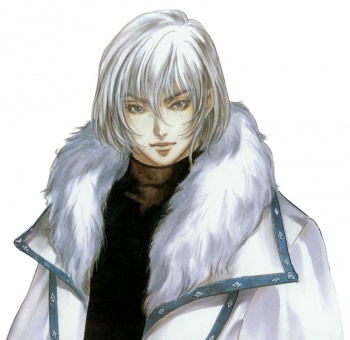 Suck On This, Dracula

Castlevania's Soma Cruz is the reincarnation of Dracula. You know, the biggest and baddest vampire of them all. Soma could easily be mistaken for a girl by Eddie Murphy, but his soft features and lavish attire make sense to anyone with knowledge of nosferatu. Vampires have a very strict class system. The older the generation, the more powerful and effeminate. A vampire as old and strong as Vlad the Impaler is, by these social laws, going to dress in frilly clothes, powder up his face, and manicure his nails. No way would Soma Cruz - embodying the spirit of Dracula - be anything but a Bishonen.

That doesn't make Soma Cruz some sort of combat cream puff. This kid has the "Power of Dominance" allowing him to suck up souls. And suck souls he does. Not for one moment does Soma betray the vampire code of looking fabulous, even when slaying the undead. Some were surprised to learn Soma was the reincarnated Dracula. Not this vamp expert. It's called foreshadowing and designer Ayami Kojima knew exactly what he was doing when he created the perfect reborn Dracula in Soma Cruz.

It's clear why effeminate heroes are effective. Which leaves a far more important question: Why are there macho heroes in games? Perhaps there aren't as many as you might think. Marcus Fenix is a man of few words and fewer wardrobe options in the Gears of War series. When faced with the past, he doesn't get weepy. Instead, Marcus shrugs it off. On the surface, Marcus is your typical beefy bro. But Epic Games has put incredibly depth into Marcus. That bro exterior is just a shell hiding the Bishonen inside.

At his core, Marcus is a daddy's boy (planet Sera's version of an Earth momma's boy). This seasoned war vet abandoned a crucial battle to go running (possibly crying) to his old man. Marcus is rarely emotional - except when it comes to pops.

For a COG, it's pretty tough to accessorize. You have to be ready for war. But Marcus still finds time to comb the battlefield hunting for jewelry. How many dogtags does it take to complete an ensemble, anyway? Like most of us, Marcus Fenix exists in a harsh world with ugly creeps lurking all around him. He might hide his inner pretty boy to survive, but it's there if you know where to look for it.