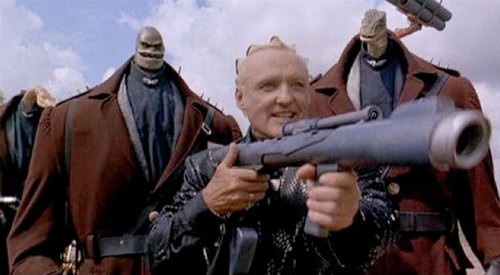 But getting back to Mario and Luigi, the main difference between them and Superman is that Superman is every inch the standard archetype of a destined hero. He was sent from his home planet as the last hope of a dying race, and even without his superpowers he's a prime physical specimen. Whereas Mario and Luigi are two shlubby blue collar dudes for whose absence their home world couldn't give two shits. And that's what I think makes this concept really interesting.

I'm very fond of anything that subverts the concept of the traditional hero. It's something I've explored to varying extents in my novels (still available from Dark Horse books etc): characters defying the role in life the standard narrative would have them fill. Who's to say that fate has to assign the role of hero to someone with traditionally heroic qualities? Someone not particularly good-looking, smart, or physically fit? At its core, it's a subversion with a lot of potential. It could certainly be the basis of a comedic work, like the classic Bicycle Repair Man sketch from Monty Python's Flying Circus, in which the technical skills of an unkempt handyman astound the community of supermen in which he lives.

But while it'd probably benefit from having its tongue in its cheek, the character arc there has some serious potential. Not only do the Mario Brothers have to overcome whatever peril has struck the strange new world, they have to overcome the fact that they're fucking plumbers. This goes back to why I like Luigi more as a character: because when Luigi succeeds, it always feels like he's had to overcome something to do so (usually the cowardice thing). Mario, on the other hand, just comes across as the princess' personal terminator who sets his gaze on the task at hand and then keeps moving to the right.

But anyway, my point is, I think it's an interesting enough concept to explore, the way the movie did. Re-imagine Mario and Luigi as actual human beings transported to a dirtied-up and larger-than-life Mushroom Kingdom to partake in maybe some kind of action RPG. Or perhaps go for full irony points, and relocate to a post-apocalyptic Road Warrior setting in which Mario and Luigi are uber-masculine bounty hunters and Yoshi is what they call their motorbikes. Since a lot of Mario fans are now in their late twenties and thirties an ironically mature take might reawaken forgotten ties.

Why should Nintendo do this, you ask? Because they might as well, basically. It's not like the franchise is getting any fresher just doing what it always does. If the game turns out good, then hooray, a new lease on life for the Mario brothers. If it turns out bad, maybe some of the fanboys will finally kill themselves. So yeah. Win-win.