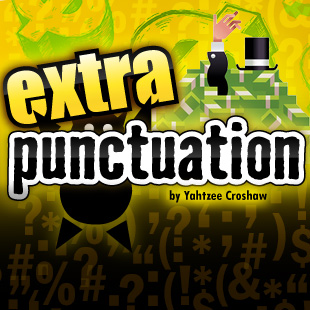 The various things I've said about the new console generation and their respective hardware gimmicks might have given you the impression that I'm some kind of stubborn aging neophobe who insists that everything stay exactly the way I like it forever. Nothing could be further from the truth, say I. I am fully aware that all things must go through a constant sequence of change and evolution, it's just that I can recognize an evolutionary dead end when I see one. But just to even things out properly and argue on the side diametrically opposed to neophobia, I'd like to talk to you today about nostalgia.

Nostalgia is based on the fallacious notion that things were better in the past. They weren't. You were younger, more innocent, less exposed to negative news reports and with a child's inbuilt sense of loyalty, and so you remember it more favorably than it was. Trends show that things have always been on a steady pattern of improvement, with regards to technology, awareness of societal issues, equality, and the reduction of crime and global conflict. There may be more reportage of unpleasantness nowadays, but that doesn't mean there was less unpleasantness in the past, just that we now have access to wonderful technology that allows more information on unpleasantness to be spread around.

There's no harm in escapism, and basking in an idealized view of something you're probably remembering wrong is no less valid than any other fiction. The playing to youthful memory effect is why nostalgia is so indelibly lodged in popular culture. The film industry seems to have mined out every last scrap of good feeling anyone might have had for the 1980's, and video games are in an almost constant state of nostalgic navel-gazing.

But what you also must realize is that there is good nostalgia and there is bad nostalgia. Bad nostalgia sometimes goes by other names, such as "conservatism". The desire for things to stay the same, unmixed with people and concepts from outside our comfort zone. Nostalgia is a string to the bow of everyone with an anti-progressive agenda. They can use phrases like "Traditional values" to add a facade of quaint, down-homey charm to their knee-jerk hatred of the outsider.

Don't you remember a time when things were better? Back when it was just all us normal people and before your adorable children turned into hideous resentful teenagers? Things have only gotten worse since then, haven't they. And now there are all these gays and immigrants and sexually free-spirited women around. I wonder if that's entirely a coincidence, rhetoric rhetoric oppress oppress.