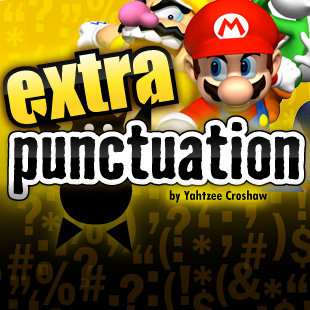 Readers, I hate when I know I'm being timed. It's one of my many neurotic little quirks. I've always prided myself in being reliably punctual. I do the odd bit of contract work writing dialogue for game studios, and I like the thought that some cigar-chomping video game J. Jonah Jameson might say, "We need 50 knob gags by the end of the week from a stand-up guy who meets his deadlines. Get me Yahtzee Croshaw!" And then punching his desk so everything vibrates a little. So when I see a timer on a game and can imagine the game rhythmically tapping its foot, meaningfully looking at its watch, I go into a flap.

When a game like Lightning Returns permanently sticks a clock on the screen and tells me to go out into a world I know piss-all about and start solving problems, all of which can only be solved within certain time windows, my first reaction is one of total paralysis. It's not so bad in something like Dead Rising, because those games make a point of informing you of every activity currently available and the time windows are generous. But you can only find the quests in Lightning Returns by running around talking to people, wasting time that you could be spending doing quests. Why, with every minute I stand here feeling paralyzed, there are probably twelve more quests being locked off with a nerve-rending clang.

At least, that's how it feels. I'm not going to pretend here that timers are an inherently bad thing, they just annoy me. I'm not about to demand all of gaming change to suit my tastes. Not today, anyway. I just hate when a game demands that I not only complete its challenges, but also do so within a reasonable time frame. In a second playthrough, maybe, if I'm bored and seeking the extra challenge, but surely at first, what you did is what matters most, not how quickly you did it. If I jump into space and deflect a giant meteor with a tennis racket, saving all life on Earth, then saying I could have shaved a few seconds off my jump time is just being petty.

Back in the day, running a timer was more the rule than the exception. Retro platformers were routinely timed, most notably Mario demanding each level be completed in 300 fast-counting seconds. No reason was ever given for why. Is Bowser going to shoot the hostages at the end of that? Unlikely, since the counter resets back to 300 if you die and return to a checkpoint. Visually, Mario just seems to drop dead when the timer runs out, so maybe it's some kind of Crank arrangement and there's a device hooked up to his heart. Whatever it was, when that time-warning sounded and the music sped up, I'd immediately panic and start recklessly sprinting forward, bound almost certainly for the abyss. I'm remembering why I was more into PC adventure games back in retro times.

I'm not slow. I'm methodical. At least that's what Psycho Mantis told me. This is why I so appreciated that mechanic in the game Gunpoint wherein you're given the 'Thoughtful' award if you take longer than the par time. Because it's true, I favor a careful, explorative approach. And complete exploration of an area is surely just as virtuous as haste, if not more so. Timing in a game like Mario Bros 1 I admit makes sense, 'cos you can't move backwards and the level's just a straight course to the end. Where it makes less sense is in pretty much every Mario platformer from Mario 3 onwards, when you could fully explore the levels and find secrets.

That was something I was always faintly resentful about in older 2.5D shooters, like Doom and Duke Nukem 3D, because those were games that also prioritized exploration and finding secrets. Moving along the walls mashing the 'Use' key so your character would go UNK UNK UNK WHERE IS IT the whole way was practically the soundtrack of those games. But then, at the end of the level, you get told how far off the 'par time' you were. Right next to how many of the bloody secrets you found. I'm not with you here, game. Do you want me to explore every cranny finding all the secrets, or do you want me to get a rush on? Make your mind up. 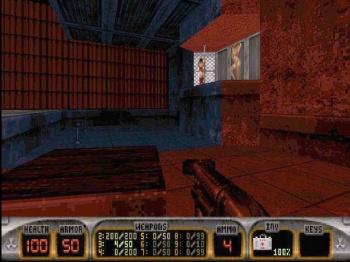 I suppose it comes down to whether you want the game to be focused on exploration or skill. I'd make very few allies demanding that timers be taken out of racing games. Sports games, hack-and-slashers (especially spectacle fighters), these are all skill games and timers are fine. I used to really enjoy doing race challenges in Spider-Man 2, for example. I think the important thing is that, in such cases, I had a completely clear idea of what needed to be done before the timer started. Swing over from point A to point B, just like how you've been getting around the game all the time up to now. Yeah, I can handle that.

But a timer on an RPG-style game? Before we've had any kind of chance to explore the world, and in which I will inevitably be exploring every single cranny for treasure boxes and characters to interact with? I object. It's like the invincible ghosts that constantly hound you in Silent Hill 4; they're even more obnoxious for being in a game that's supposed to be about meticulously scouring the hallways for supplies and puzzle solutions.

I'm even hesitant to use temporary power-ups if there's going to be a big timer on the screen letting me know how many minutes remain. I feel pressured to get some proper use out of it. Like if I use a Magic Sword power on my weapon in Dark Souls, I'll feel like I have to use it, and then I might start attacking too hastily and getting the traditional Dark Souls trouncing. Far better instead to use Soul Arrows or firebombs, which are expended only upon use, allowing for careful and methodical applications.

Come to think of it, timers irk me in real life, too. I find it harder to focus if there's something counting the seconds around me. I hate having a ticking clock in the room, and I refuse to look at the microwave while it's heating up the leftover pizza. And if there's a massive bomb in the house with a prominent digital timer on the side, sometimes I'll just run screaming out of the room.