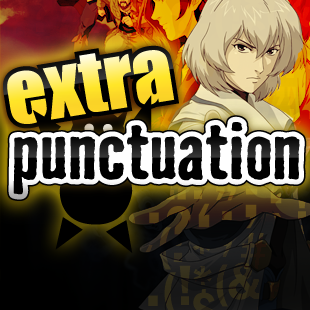 What's a game critic with a weekly series to do when triple-A goes into hibernation and won't even come out for a friendly knife fight? Wait for indie games like Shovel Knight to grab me out of nowhere? Force myself to play new games that aren't really my 'thing' and just leave me bored with nothing interesting to say, like Divinity: Original Sin? No, I don't think that helps. So at this point I usually think about retro reviews. And as I mentioned in this week's video, I've been re-playing a lot of Castlevania games, particularly the ones on Nintendo DS. Dark Souls beat me up until I fell in love with horror-themed exploration-based high-difficulty games, but I've always thought that Castlevania shares Sonic's problem in that it doesn't get along with full 3D. And from a certain point, the DS and GBA Castlevanias were the only ones that weren't biting on that particular poisoned apple.

I thought about doing a DS Castlevania retrospective for ZP, but settled on something else for my next retro review (that'll be up sooner rather than later). Instead, I'll do it here, for the benefit of everyone else who is currently mining the olden days to get them through the summer. So let's start at the start.

One of the few cases of a Castlevania game being a direct sequel to another one, DoS follows on from Aria of Sorrow on the GBA, continuing the story of part-time jeans model and full-time ponce Soma Cruz, who happens to be the reincarnation of Dracula. Killing any monster has a small chance of absorbing their soul, each granting a unique power, magic attack, or buff. Not only did this get away from the tired 'Dracula resurrects, Belmont sorts it out' formula, but it introduced a mechanic that was a perfect fit for Castlevania's trademark exploration and insane amount of monster variety, combining core mechanics with collectibles even more elegantly than Metroid Prime's scanning concept. Grinding monsters for souls can be boring, but you don't HAVE to go for 100% completion. I did, because playing something repetitive with the volume low and a podcast on is one of my favorite ways to unwind after a long day.

The two games are pretty similar up to a point, but I prefer Aria over Dawn. because Dawn had the "brilliant" "idea" to incorporate touchscreen gimmicks (since the DS touchscreen was fairly new at the time), including a system that requires you to draw 'magic seals' after every boss fight to finish them off. So if you don't fumble the stylus out quickly enough then you might get a couple more minutes of boss fight stapled on until you can do it properly, which is spittle-flyingly obnoxious. Dawn is also a bit too 'anime' for my tastes, with the introduction of flat, lifeless anime art for the characters and the continuing presence of a stock 'childhood friend' girl with no role in life except to cocktease the hero so hard that he can weaponize his blue balls.

If Aria had had Dawn's graphics, and the same weapon upgrade mechanic that lets you get some use out of unwanted souls, then I might have rated it higher than Symphony of the Night. Still, it never pays to dwell on these things.

I had to laugh at myself for thinking that Dawn of Sorrow had gotten 'too anime' after I played Portrait of Ruin, which continued with the flat art but also introduced as the lead characters a brash, improbably-skilled teenage boy with stupid hair and a fucking schoolgirl.

Frankly, I don't think the series ever came up with any innovative new mechanic as good as Aria/Dawn's soul collecting, although not for want of trying, bless them. In this case, you controlled two characters, one weapon-focused, one magic-focused, switching between them at will and either keeping the other squirreled away up your arse or calling them in to help out in battle. But this was far less elegant than previous games that managed to let you balance weapons and magic attacks without all the faff, and seemed mainly to exist to push a misguided attempt to integrate co-op multiplayer.

On the whole, Ruin was underwhelming, and despite getting away from the 'explore yet another version of Dracula's castle' setup with its series of magical worlds based on paintings, it felt like it lacked creativity. The final boss fight with Death and Dracula is particularly anti-climactic. Kind of made me feel sorry for Dracula. You wait aeons to be resurrected, then it finally happens, but before you've even had breakfast, hero types burst in and kick your arse. I mean, at least give him the chance to despoil a village or two first, so you've got something to justify it all with. No wonder he always looks so tired on the throne.

Thankfully less anime, with a return to the more painted style of character art from Aria of Sorrow, but I could see immediate problems with a game that asks us to sympathize with a main character who has had their emotions removed. Order's new mechanic was the ability to absorb new attacks from runes that occasionally drop from enemies, but this was essentially the soul collecting mechanic again, except not every enemy dropped them and you have to hold down a button to hoover them up, adding unnecessary stages to the process.

Rather than taking place in a single, sprawling environment, Order of Ecclesia has you travel all about the land, exploring a series of mini-environments, not dissimilar to the paintings in Portrait of Ruin, but centered around a little peasant village whose inhabitants will provide lists of monumentally tedious and unrewarding sidequests. After a while the latest iteration of Dracula's castle shows up, but at that point, I honestly just got bored and stopped playing.

And I'm not sure why. Maybe I was completely uninvested in the struggles of the plank of wood I was being asked to control. Maybe all the faffing around with villagers and stopping-and-starting gameplay to switch from area to area meant that the game wore out its welcome by the time things rumbled towards a climax. Maybe I was just bored of Castlevania at that point. Time to move onto the Metroids, perhaps.