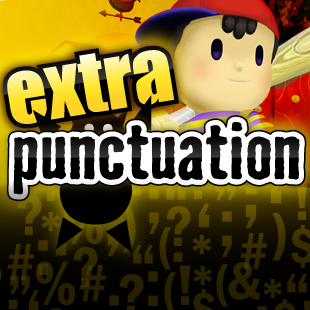 As I've said before, I like when a game is elegantly written. I like when a game story manages to get its point across without too much expositional dialogue, ideally within gameplay, not cutscenes. I'm very much a supporter of the 'show don't tell' rule. Partly because it's boring to slog through too much dialogue at once, and partly because I like when there's room for interpretation. That's one thing (of many) that Hideo Kojima has never understood, he writes games like he spent all week working out complex profiles for all his original characters that he thinks are sooo cool and he's going to sit you down and explain them all at you until you agree. 'Fat Man' was named after the atomic bomb, was he? Thanks for sharing, Hideo.

But I like when a story leaves room for interpretation because, as you should know by now, I'm a big fan of over-thinking things. In the past, in this very column, I posed the theory that Bowser seems to be an unconscious stand-in for Nintendo as a corporation, and their relative stance in the video gaming market. I'd like to stay on the subject of Nintendo and address the game that just got Zee-Peed: EarthBound, aka Mother 2. What is the hidden subtext of EarthBound?

I would ask you to consider what kind of audience EarthBound is for. I wouldn't say it's for adults. It's a cartoony game about schoolkids going on a colorful adventure to fight a big mean monster, and it's all a little bit too mired in themes related to innocent wonder and childlike power fantasy. But at the same time, it's hard to say that it's for young kids, either, with the surreality and occasional dark moments. Certainly you'd have to be older than I was when I first watched Yellow Submarine, which gave me fucking nightmares. I think the ideal age is somewhere on the cusp between child and adult. Twelve to sixteen, perhaps. This is also the point in life when puberty kicks in, and that's not a coincidence.

Yes, once we dig around under the surface, it becomes clear: EarthBound is a game about sexual awakening, and about the realization of the masculine ideal. And that's with the barest minimum amount of over-thinking.

The game opens with the main character, Ness (or Steve or Twat or whatever you named him) being woken in the middle of the night by a meteorite landing on the hill above his house, which begins the chain of events that sends us on the path to adventure. This is a pretty clear analogy to the manner in which most boys first discover their sexuality: by a sudden and cataclysmic event in the middle of the night, after which nothing will ever be the same again.

For there is a strange power within Ness that was in him all along, and which this night-time happenstance has brought to the surface. Suddenly, he can no longer be constrained by his home and mother, the comfortable trappings of childhood, he must set out and explore this new dimension of experience. Tellingly, his weapon of choice, from the very beginning, is a baseball bat. That long, curved, flesh-colored object best known for firing little white spheroids into the waiting grasp of a leathery mitt.