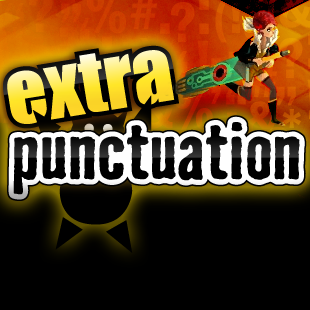 Let's take a moment to think about isometric graphics ... Mmm. Mmmmmm. That was some fun thinking. Now let's take it a step further and write down the things I was thinking as well.

Isometric does seem to be Supergiant Games' comfort zone, considering Bastion and Transistor, but you know what? I think isometric is my very least favorite form of game presentation. That's something I've learned about myself, it seems. This goes back a long way, because I remember even as a child, gathering new games almost at random to quench my appetite, I'd always feel somewhat disappointed if they turned out to be isometric. My first thought would be "Oh, piss, it's one of THOSE." And now, as an adult, I feel I can articulate these feelings better. Which are personal, entirely subjective feelings, of course, and it's a shame, isn't it, that we always have to point that out.

For one thing, it tends to control less intuitively. When all movement is diagonal, which direction are you going to move in if you press in one of the four cardinal directions? What exactly does 'up' mean? There's no way of knowing without pressing. That's less an issue if you're moving with an analog joystick, since you can indicate diagonally, but doing so still feels less natural. And you still run into the issue of it being fairly visually unintuitive, too. Especially in highly decorative games like Bastion and Transistor, it gets harder to tell the difference between background and foreground, since the perspective is usually completely flat, everything the same size with no shrinking at distance.

Ironically, 2D-games tended to use the isometric perspective in order to pretend that they were 3D, before proper 3D was a thing. Hence Sonic 3D, an isometric installment of the franchise, which frankly should have been the point that Sonic realized that things never end well when he starts hanging around the 3D side of town, but some people take life lessons the way cannonballs take light spankings. The thing is, isometric isn't 3D, in the sense that it affords three-dimensional gameplay. It mostly just exchanges one dimension for another. So Sonic in Sonic 3D could move along the X and Y axes like never before, but virtually all verticality was lost.

A character in an isometric game jumping up in the air looks exactly the same as one moving northwards, unless you put a shadow underneath. You also can't stack things on top of other things without obscuring everything north of the stack. Isometric is just top-down for people who can't cope if they can't see somebody's face or buttocks properly. And are really keen on the idea of having to make eight versions of every single sprite animation for every single direction it can face.

I'm very grateful that we now live in a world where true 3D graphics are a thing so we don't have to put up with all that rubbish anymore. Even in The Sims 2 onward, we have gained the ability to swing the camera around to our hearts' content so that the game environment doesn't constantly look like a setting for an Escher drawing. It's only the most blinding kind of nostalgia that ensures its continued appearance in new indie games.