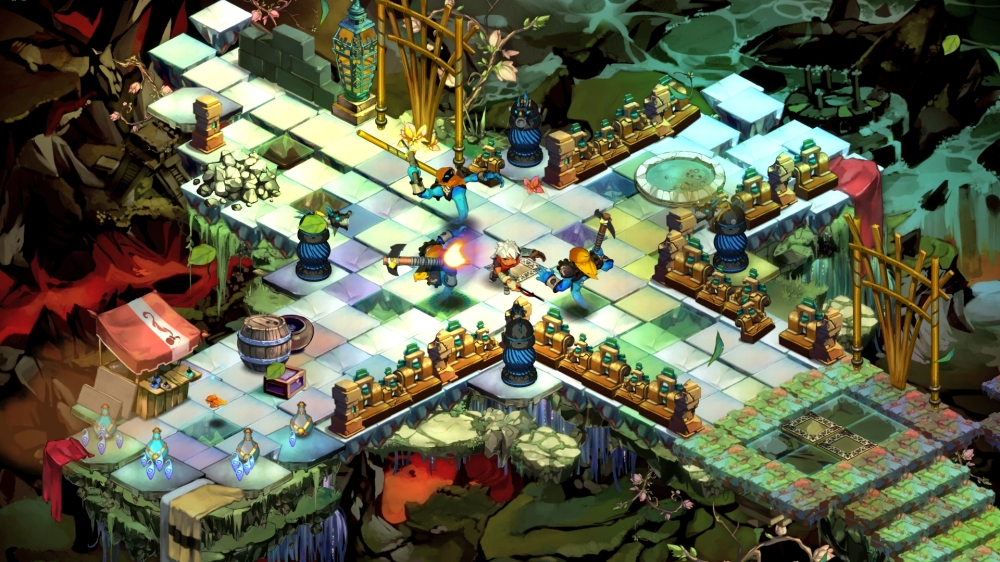 And it's not just the way it interferes with the functional aspects of the game that makes me dislike isometric, although I would think that's reason enough - it's also aesthetically boring, as well. Isometric games might as well be called Floor: The Game, because that's mostly what you're looking at. We cannot help but be permanently focused on the floor like you're supposed to be seeing the big X in Indiana Jones and the Last Crusade. Characters are treated by the camera angle as mere hangers-on attempting to leech off the floor's greatness.

In standard 2D games like platformers, or in all those adventure games where characters move around a variety of different perspectives, you had the opportunity for nice background art. There's only so much you can do with a floor. I remember complaining about Kingdoms of Amalur because the third-person camera was angled in such a way that most of the screen was always floor. To the point that it's occasionally hard to tell whether or not you're outdoors. As I sat here writing this, I challenged myself to remember what color the floor is in the elevator of my apartment building. And I'm not sure. 'Cos there are so many more interesting things to look at than the floor. There's the mirror, or that one mysterious button that you need a key to press.

I suppose my issue with isometric is that it is the viewpoint that makes a game look most like a game. That probably needs elaboration, doesn't it. Try this - draw an isometric grid, and then draw some characters standing on it. Show that to anyone and they'll assume you're drawing a game. Take a photograph from a camera fixed in the upper corner of a living room, arranged at just the right angle, and the picture will look like a still from The Sims.

When I say that an isometric view makes a game look the most like a game, I mean THE game, that is to say, chess. It turns a room into a board, and its residents into playing pieces. And I know that it can't sound like too much of a criticism to compare a game to chess, but I've never been particularly engaged by chess. I'm not big into competitive strategizing, 'cos whenever I get put into a competitive situation, I feel pressured, and resentful if I lose (see the ongoing Uncivil War). I'm into the storytelling aspect of games, and there's not enough context going on in chess for me. What nations do these armies represent? Am I the only one picking up on the subtle sexual tension between the queen and the bishop?

And I find it so hard to really engage with characters in an isometric perspective because they do gain that chessboard factor, I feel so far away from them and their situation. Something about isometric makes it impossible for me to feel like I am controlling the main character directly. Something about the way the camera focuses on the floor and the angle doesn't change when the main character turns, makes me think the entity we're controlling is some unseen, overseeing force that puppets all the little playing pieces below.

Which is fine if that's what you literally are, like in, say, X-COM where you are the commander who's not personally in the field. I concede that isometric is fine for a game that just wants to be about strategic gameplay where you need to have a proper lay of the board, but I find it detrimental to any kind of story or context you try to add onto that. Okay? That's just how I feel. Okay? Calm down.