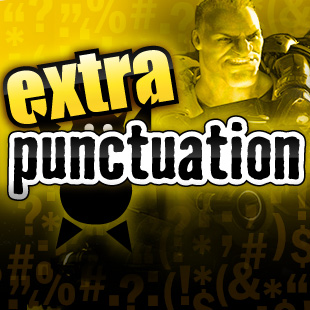 It's always nice to be persuaded on something. It's one of the great tragedies of the internet age that this grand, international network that was supposed to finally allow conversation between all the world's varied perspectives seems, if anything, to have made people all the more rigid in their beliefs. They construct echo chambers composed of the daily posts on blogs and Twitters that do nothing but support their views, sharing only the most extreme, crackpot writings of the opposing sides in order to assure themselves further of their own righteousness.

But I say that an inquiring mind should embrace being proved wrong, just as I believe that a creator should embrace constructive criticism. For just as you are not your work, you are also not your opinions. Don't you just hate those righteous, uncritical dullards who call out politicians for 'flip-flopping' or changing their views on a subject, because they think stubborn fingers-in-ears loyalty to a position is what 'having integrity' means? And while I don't say that entirely to cover my own arse, if you do ever feel like calling me out for having an opinion different to one I expressed six months ago, then you, too, can eat shit.

I mention all of this because Firefall managed to change my mind on one thing, and that's whether or not an MMO shooter could work. I didn't think so, because a shooter - at least, the kind of shooters that I like - are hinged on having, on a basic level, fun gameplay. It needs to center on fast-paced, moment-to-moment action, and in an online game, that concept is going to be locking horns constantly with the connection. Especially here in Australia. It's the compromise we permanent residents made: sacrifice internet speed for nice beaches and being in the best possible location in the event of global catastrophe.

But Firefall managed to get around it and become a fun shooter regardless. And while that's good for me, as I said in the video, I wonder if it might be less good for business, especially for a free-to-play MMO. Such things usually make their money by luring you in with the promise of unchallenging grind and incrementing numbers, a sort of white noise for the mind that passes the time and keeps you going with a vague sense of achievement. Whereas actual gameplay-gameplay, while fun, is something that I find burns me out after a while. Firefall may yet end up on the list of games and properties that failed simply by overestimating its users, but whether or not it does, it is kind of fun.

And I think the main way it manages to avoid letting the connection speed completely get in the way of that is by concentrating on big movements rather than small ones. Which may, on reflection, be the root of my opinion on shooters generally: I like when they're about making big, deliberate actions, rather than small, fiddly ones. An MMO based around cover shooting in tight quarters, where both sides are crouching behind chest-high walls making small advances back and forth, I imagine the connection issues in something like that would be thrown into somewhat sharp relief. You can spend enough time in one place that you'll be able to do nothing but notice the little things, like being shoved a few feet to the side for no reason, or the game not noticing that you pressed 'crouch' in time to avoid taking twelve rounds to the face.