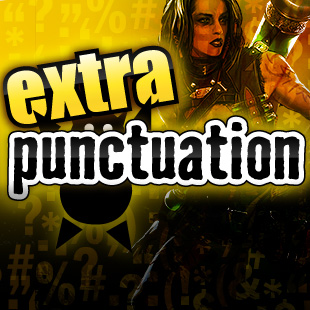 Lichdom: Battlemage (ugh, still so awkward even in writing I can feel that colon hanging over it like rotten mistletoe) is a game. A game with features in it. And one of those features is the ability to choose, at the start of the game, whether you want to play as a male or a female battlemage (or lich or whatever the title thinks we are). And that made me think about this big sticky issue of diversity in video games.

There have been quite a few games throughout history that haven't been true-blue RPGs and didn't have extensive character customization, but did let you choose at the start whether you wanted to be a male or a female protagonist. The earliest one I can think of is Night Shift on the Commodore 64, but other examples include Star Trek Voyager: Elite Force. And in these games, the difference between playing as the man or the woman is usually nothing more than visual. Elite Force even named both characters Alex just so they wouldn't have to do two versions of all the NPCs' lines.

But it hardly matters if a choice of gender is merely aesthetic and means nothing to the game, because it can still mean something to the audience, and all the cultural attachments and biases they have brought with them. So if the fact that the vast majority of game protagonists are male is a problem, then the simple solution is for every game to let you pick your gender. Instant equality. If Night Shift and Elite Force and Lichdom can do it, why can't everyone?

Well, there's one obvious reason. Because, depending on the story, it might not be possible to separate a character from their gender. James Sunderland from Silent Hill 2 springs to mind, as a central theme of that game is frustrated male sexuality. Even disregarding that, the game is an analogy for the Orpheus myth, and a lot of its impact comes from subverting the societal understanding that men carry an obligation to be strong enough to protect the one they love. Kratos from God of War, Vincent from Catherine, many male characters are tied to masculinity by the plot.

And now I'm trying to think of a game in which the main character being female is inseparable from the plot, but I'm drawing a bit of a blank. The Path, or Beyond Good & Evil, maybe. Or the Tomb Raider remake, but barring that one single act of attempted rape the plot is virtually the same as that of Far Cry 3. Perhaps this confirms the existence of a lack of diversity, but I'm not sure how to fix that. Game developers do remain predominantly male through no fault of their own, and asking them, from a male perspective, to make games about a female perspective, would probably produce something rather disingenuous.

But I digress. Okay then - let's say that every game should let you pick your gender as long as their gender isn't hugely central to the plot. Wait, that sounded weird. Games in which gender doesn't matter should let you choose your gender? If the gender doesn't matter, why should we care? Maybe the game developer just wants a character to be a generic cipher, so they make them a white male, because that's what they themselves are, and it's what generic means to them. To demand diversity for characters that are essentially blank placeholders is to put way more thought into it than the creator did.