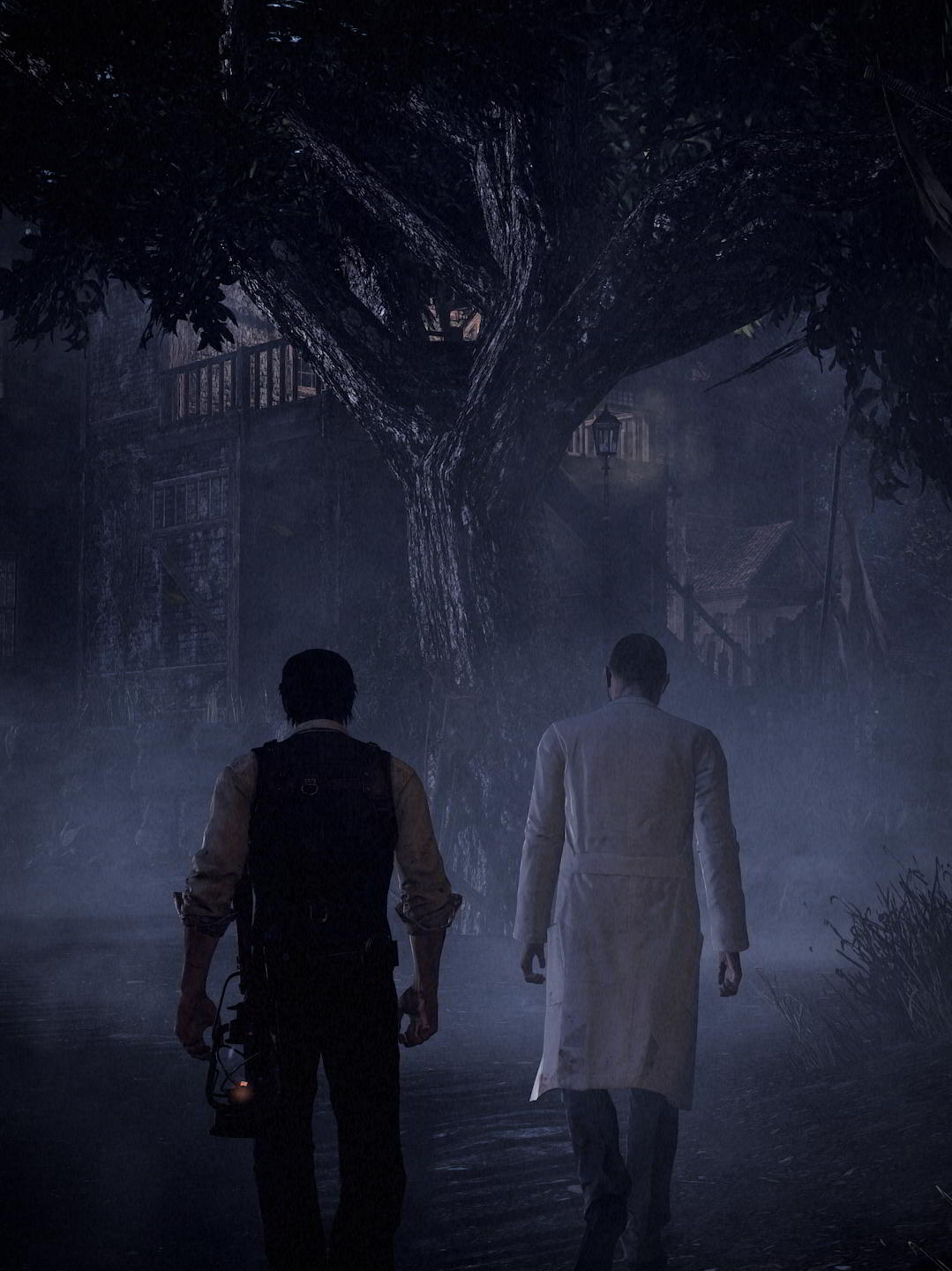 Here's a nice quote for Bethesda to use out of context: "The Evil Within is the quintessential horror experience". I do not, however, mean that as praise. What I mean is, it seems to embody the entirety of horror as a genre, reflecting aspects of so many different franchises that it has absolutely no identity of its own, just a patchwork quilt of imagery and concepts. It seems unwilling to focus long enough on any of its isolated concepts to make them work on anything but the shallowest level possible.

Most overtly, it shows influence from Resident Evil, especially Resident Evil 4. But then it hamstrings the gameplay with some kind of perceived obligation to have stealth mechanics, like so many games do these days, and fails to reproduce the same level of cheesy camp that let RE4 get away with its over-the-top silly violence. There's also an attempt to muscle in on Silent Hill's territory by putting in some head-fuck sections that strive to confuse the mind with illogical events and impossible geography. Except that Silent Hill at its peak was a hell of a lot more than just surrealism, it built itself around incredibly strong characterization, and all of Evil Within's characters are shallow archetypes.

But it's not just games, you can see influence from the world of horror movies going back to the dawn of film making. The Resident Evil 4 influence automatically pays homage to Friday the 13th and Texas Chainsaw Massacre franchises with its ramshackle wilderness settings. But we also make time for a standard spooky mansion, standard spooky lab, standard spooky hospital and all the usual trappings. If zombie films are more your thing, we'll have some of that in the ruined city setting in the latter half of the game. In the overall concept one can get a strong whiff of Nightmare on Elm Street, which isn't helped at all by Jackie Earle Haley's casting. And maybe we'll round it all out with a dash of body horror from a Saw / Hellraiser sort of area.

In short, Evil Within is generic. As in, of a genre. Which hardly does it justice, it's like it's reaching for some kind of hypothetical zenith of 'generic'. But after all that, it still misses fundamental necessities of horror that go beyond gore and traditional horror settings: it needs characters that engage us, and a firm understanding of their goals and what they can do to escape their adversity. With the reality-bending nature of the plot, the main character is seemingly randomly teleported from set piece to set piece for no apparent reason. What does he have to do to escape? Physically moving towards a goal is pointless if he can be teleported away at any time, and if the villain has complete control of reality and is merely toying with our hero, what's to stop his head exploding the moment he ceases to amuse? 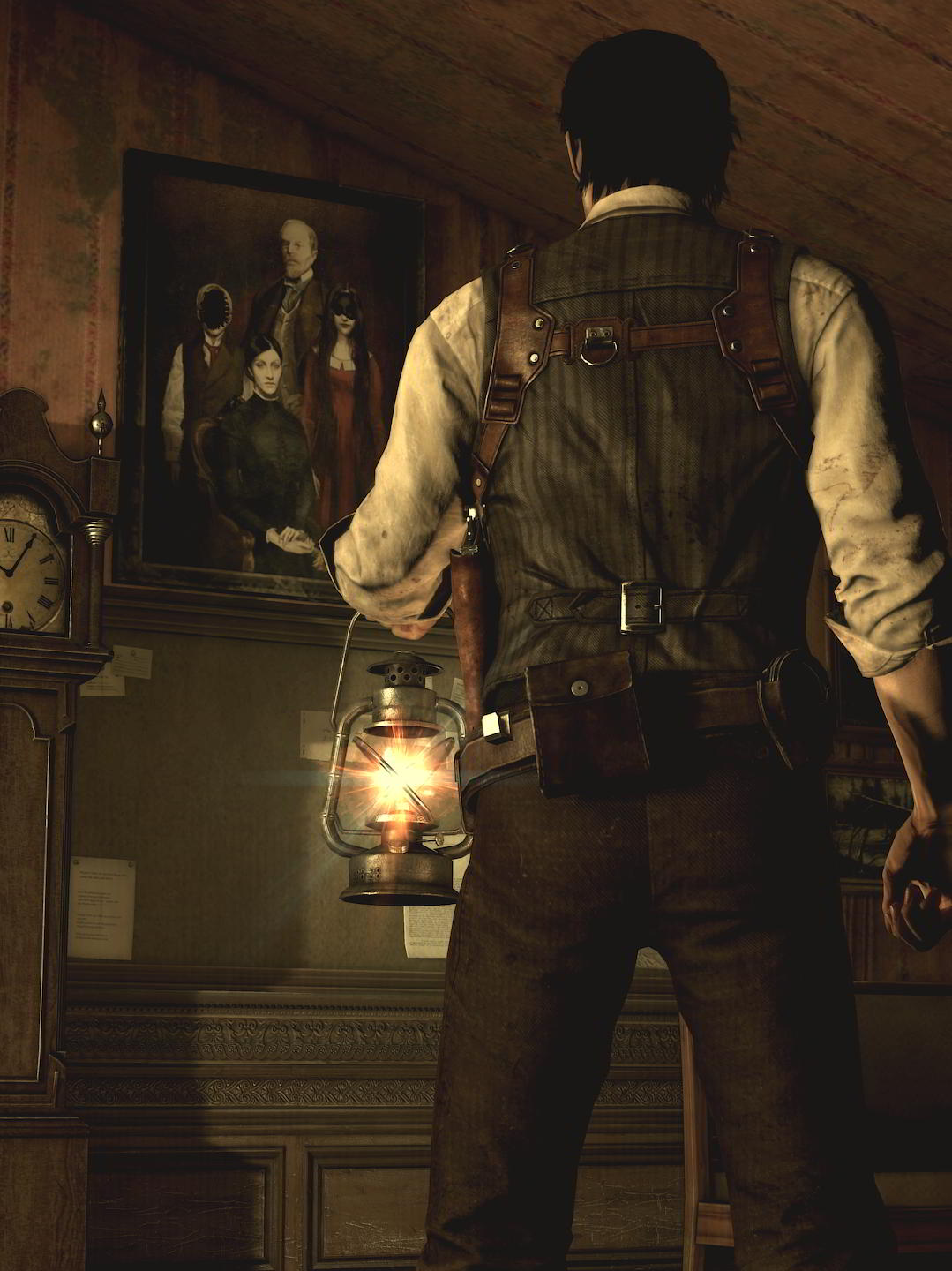 And his character has no identity of his own. Leon from RE4 had some traits we could remember him by: he had a floppy hairdo, problems with women, thought his one-liners were cleverer than they were, and had a slightly alarming tendency to somersault through plate-glass windows at a moment's notice. Sebastian whatever-his-name-was from Evil Within is like a placeholder hero; essentially Dirty Harry in appearance, dress sense and personality.

Evil Within makes me think of a writer resolving to write a horror story, but having no further ideas in his head beyond that. So they just start writing, and hope it'll come together by the end. It's like a boy scout caught off guard around the campfire, improvising their way through a scary story by throwing out whatever tropes they can remember from other famous horror stories. And if you're going to construct a story from existing archetypes, then you're not doing anything that couldn't just as easily be done by one of those novel-writing machines from Orwell's 1984.

No, it's when you play with the tropes and push them a little further than they've ever been pushed that you put your story on the map. If you don't do that you'd better have a fucking unique selling point somewhere in the gameplay, at least. This is why Rise of Nightmares gets away with what Evil Within doesn't - it also has archetypal Gothic horror and an utterly generic title, but it's also trying to push the Kinect as a control system. It fails to, it's an absolute crock of garbage, but it made sense for what it was attempting.

I do think building a plot from tired archetypes is a valid approach if you want to keep the audience in a nice, comfortable familiar place while you introduce something potentially new and scary (not scary in that sense of course), but Evil Within is just three or four gameplay models from about fifty predecessors who all did it better. It's also valid to be utterly representative of a genre if you're doing a parody of that genre, Airplane style, which I'd argue Resident Evil 4 might have been going for (although I think how much parody was intended varied from person to person in that development team).

And if you want another example of a game that deliberately constructs itself from genre archetypes because there's nothing underneath, look no further than L.A. Noire, which has 'noir' right there in the title. Disgraced cops, mobsters, femme fatales, the evil property developers, it's all there. Again, that was a game that took refuge in cliche because it thought it was pushing something new: investigative gameplay, although those of us that weren't little more than sperm at any point in the 90's know that it was nothing new at all.

I think Evil Within is what it is because it thinks it is doing something new. It buys into this delusion that the triple-A industry is trying to convince itself is true: that we have stepped into a bold new era of gaming. Even if that were the case, it would not be due to the new generation of consoles, which are just doing the same shit as always with slightly better graphics and with its eyes fixed to a periscope jammed up its own arse.